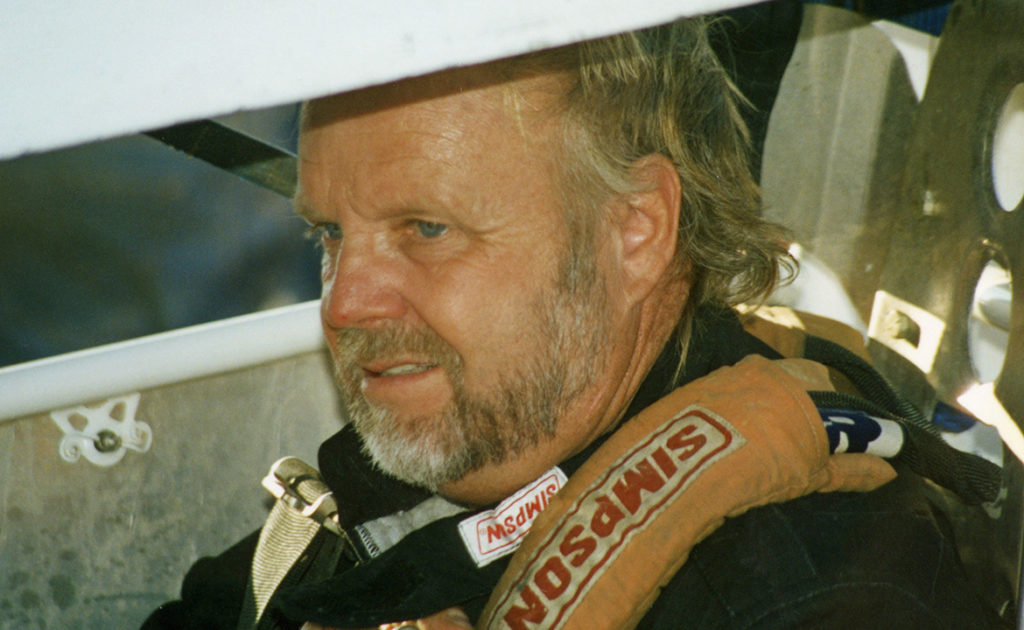 The first in a two-part feature on legendary World of Outlaws racer Bobby Allen.

Bobby Allen knew he was on a path to victory at Eldora Speedway on Aug. 9, 1986. He sensed it weeks prior.

His setup was dialed in. His tire selection was on point. His confidence was high. Every detail that produces a win was there.

Initially, he told them, “no way.” He knew that would be the wrong choice for the track conditions. He wasn’t going to lose another race due to the wrong tire call.

Allen remembered a previous race in Dallas, TX where he was on his way to the win before a red flag came out. Hoosier had him change a tire during the open red, citing it would work better. When the race resumed, he went backwards. 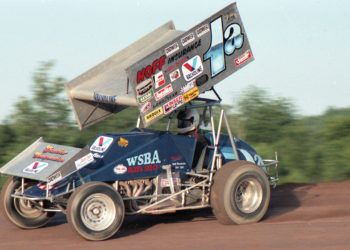 The memory haunted him. He wasn’t going to let it happen again. Not at Eldora.

But while he was a smart racer, he was also a smart businessman. As the owner of his team with a limited budget, he knew the importance of keeping sponsors happy. So, he gave in and agree with Hoosier’s call.

He kept the softer compound tire on his #1a car and went on to earn his second and final World of Outlaws Eldora Speedway win.

“(Former Eldora Speedway owner Earl) Baltes always wet the racetrack right before the races and I could run down there and make the car stick where [the softer tires] wouldn’t burn up because they stuck so hard,” Allen said. “It felt like the motor was blowing up they stuck so hard. I ran them tires and they got me going where I ran up through there and won the race.” 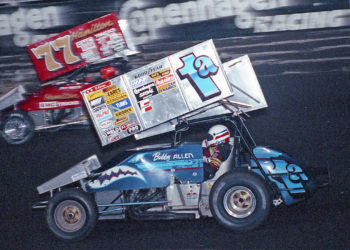 Despite that success, Allen considered himself a dark horse. However, Allen’s dark horse mentality only classified his feelings as a competitor. He felt like the Steve Kinser of the field when it came to the equipment he built.

“I always felt like I had the best race cars the way I built them,” Allen said. “I was good at figuring out things, figuring out tires, etc. When you built your own car and it worked good, you definitely liked it because you were fast. And every time I sold a car to somebody it seemed to make them faster. It was definitely a good thing.”

“I always told people that the chassis made a difference,” Allen said. “Just like if you ever race go-karts, they don’t have any suspension. But by the way the frames are put together and how they flex, some go good when it is tacky. Some go good when it’s dry. Then you learn how to build that chassis until it works that way. In a Sprint Car, you usually could maybe do the same thing with the chassis and then you have the shocks and bars for fine tuning.”

There was always a fine line to how much flex the chassis should have. If it was too stiff there was a small window of what you could do with it, Allen said. Too flexible and it could hurt the chassis or wear it out in a handful of races. If you got it just flexible enough, it could work everywhere with the right setup. Finding that fine line was sometimes a matter of luck, Allen said.

His self-sufficient methods have stayed with Shark Racing, even as his drivers — son Jacob Allen and grandson Logan Schuchart — grow as veteran World of Outlaws drivers backed by Drydene Performance Products. The pair have followed his lead, taking charge of their own cars each race weekend and spending hours with their team working on them.

With the 80-plus race World of Outlaws schedule, Allen, now 76 years old, has had to outsource some aspects of the cars he and the team don’t have time to build, such as getting their chassis from Triple X Race Co. Building their own motors is still in the family, though.

Allen’s nephew, Michael Newman, started building Sprint Car engines about seven years ago and is now one of the top engine builders. Newman’s Racing Engines power several Sprint Car teams around Pennsylvania and are the heart of the Shark Racing cars. His engines have propelled Schuchart to 17 career Series wins, including two wins at Eldora Speedway — tying him with Allen’s win count at the iconic half-mile track.

“He does a really good job putting them together,” Allen said. “He’s learned a lot. I showed him how to insert things and find certain things and gave him some rough ideas. We talk on the phone every day. He has a good concept of why they run good. What makes them run. And we seem to do well with them. And I’m proud of him because he does a good job putting them together and figuring out things that could help, too.”

Allen has always paved his own road to success and built the equipment to do it with. That’s made every win equally special to him. Although, Knoxville and Eldora held a higher distinction. When he knew he had a car to win, he was going get it done his own way. Even if it meant having to make a small fib to a sponsor.

(In Part II, Allen talks about what it took to beat drivers like Steve Kinser and Sammy Swindell at Eldora Speedway.)