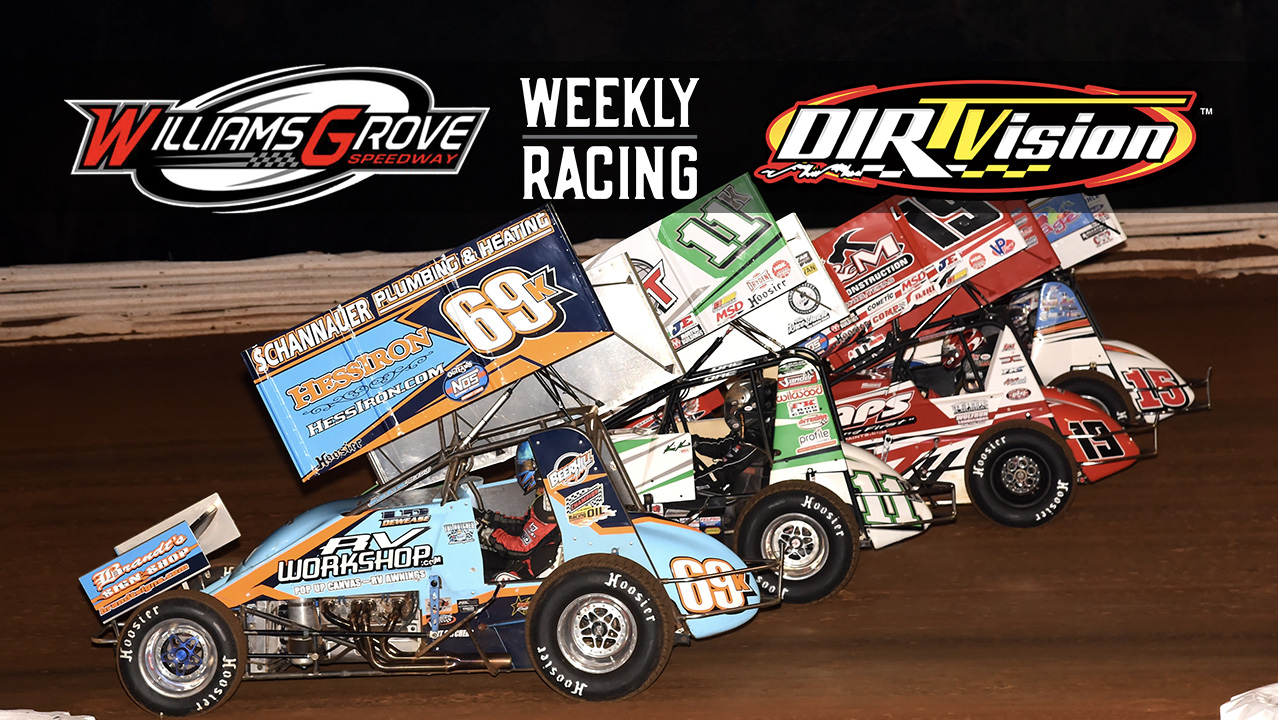 “Williams Grove Speedway stands amongst a small group of tracks with weekly programs known around the world,” said Brian Dunlap, Director of Broadcast for DIRTVision. “The caliber of 410 Sprint teams and drivers racing weekly at Williams Grove is second to none.  While our fans love watching the Posse take on the Outlaws, we can’t wait for ‘Showtime’ in the words of track announcer Bruce Ellis as he calls the regular season championship at the famed half-mile.”

“Williams Grove Speedway has always been one of the top weekly Sprint tracks in the country, and DIRTVision is the industry leader,” said Kathy Hughes, owner of Williams Grove Speedway. “The opportunity to have our weekly program on the same platform as the World of Outlaws gives fans across the country the chance to get to know our drivers better and makes it easier for our fans to follow the Outlaw guys, that should make for even more excitement when they run head to head.”

DIRTVision will kick off the 2020 Williams Grove Speedway season on Sunday, March 15th with the Hoosier Racing Tires ‘Opening Day’ scheduled to start at 2pm ET. Be sure to keep up with @WilliamsGrove and @dirtvision for the latest news. Pricing will be released before the season kickoff.