Wake Up Call: Outlaws Take on #DLMDream25 at Eldora 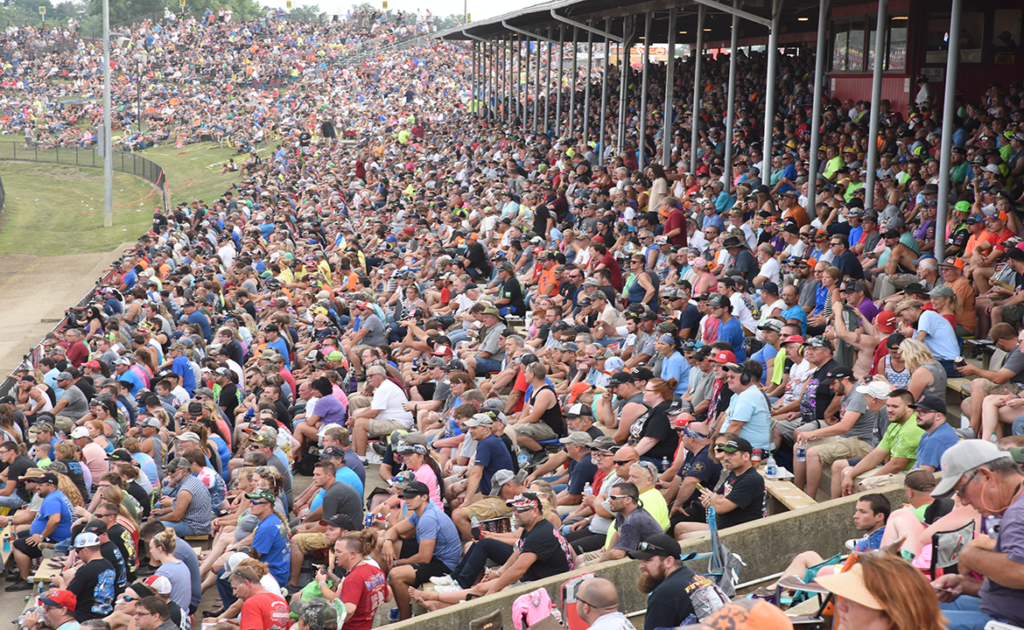 A bigger-than-ever check. The massive car count. The packed grandstands. It’s time for the Dream.

The 25th running of the Dirt Late Model Dream at Eldora Speedway is finally here, and the Outlaws are ready to take on the world-famous half-mile for a shot at an unprecedented $125,000 payday.

A driver under the hottest spotlight at this point in the season with the best chance to win is no doubt Brandon Sheppard. “The Rocket Shepp” has put together an incredible string of success in 2019, garnering eight wins, 13 top-fives and 14 top-10s in 14 World of Outlaws Morton Buildings Late Model Series starts. Altogether, having run 24 Super Late Model races, Sheppard has a record of nine wins, 21 top-fives and 23 top-10s, which also includes an incredible 12-race stretch of no finishes outside of the top two from mid-February to the beginning of May.

But despite of all that success, Rocket1 Racing’s history with Sheppard behind the wheel in the Dream hasn’t always been so stellar, as they failed to even make the show last year. However, last year is last year. This year, Sheppard and the team feel far more at ease.

Putting a full weekend together is absolutely crucial, considering a driver’s performance on both Thursday and Friday will determine starting positions for Saturday’s 100-lap finale. Part of posting good finishes through all three days is having a versatile car setup, and with the way things have been on half-mile tracks so far this year (5 wins), Rocket1’s competition can certainly expect that department to be ready for any surface condition.

“It’s key to get the car and driver comfortable with each other,” Sheppard said. “You’ve got to be able to steer across the center of the corner and keep your speed up. If you get free or too tight or can’t steer in… there’s so many variables. And the corners are so wide that you have to be able to steer well, especially when the track gets slick.”

2019 Rookie of the Year contender Ricky Weiss made his first start in the Dream last year, posting a solid 12th-place finish with his Sweet-Bloomquist ride. He’s had previous visits to Eldora under different car owners and said the biggest thing he’s learned about racing on half-miles is how to master using clean air. After all, Weiss won last year’s edition of the North/South 100 at Florence Speedway in Kentucky – another demanding half-mile.

“Clean air is a big thing at these big tracks,” he said. “We really like the speed, we’re pretty good on that, and we’re good on conserving tires. If you’re faster than the guy in front of you, then you can’t follow him. You’ve got to stick a nose out and be able to maneuver around them.”

Weiss’ mentor, eight-time Dream champion and 2004 World of Outlaws Champion Scott Bloomquist, isn’t a bad guy to have in his corner for an event of this caliber. He’ll be in the house alongside event teammate Shannon Babb, and will be, no-doubt, making sure Weiss has some good direction to get the job done this weekend.

“We’ve been tweaking on things every year we go there,” Weiss said. “Scott’s stuff is really good almost everywhere we go. You know he’s probably got the best setup at that track and he talks with us quite a bit and helps us a lot. A lot of our success is attributable to his knowledge.”

The most recent Outlaw to win the Dream actually came not too long ago – Dennis Erb Jr. bested the 73-car field in 2016 to capture his first $100,000 Dream check, culminating with a memorable Illinois state flag-waiving roof dance in Victory Lane.

A man of few words and many laps around the typical short-tracks found around Illinois, “The One-Man Band” and crew member Heather Lyne were able to put together an incredible effort that weekend and hold off Josh Richards and Dale McDowell for the win. After so many tries, Erb said there really isn’t a key to winning the Dream. It just takes plain experience.

“I’ve been going there for a long time,” Erb said. “It just takes laps, getting used to the place and just getting all the right pieces together.”

One of Erb’s favorite things about Eldora and racing in the Dream is the facility and the format itself. This event’s format was changed in 2013 to offer two separate Features on both preliminary nights, with the 100-lap finale headlining the next night. This, in addition to the always-expertly prepared racing surface, is what keeps Erb coming back, year after year.

“We got there now and get a couple qualifying races beforehand, and I think it’s a lot better format,” he said. “As long as we’ve got a good racetrack to run on, I think it’s a great time. You get to some of these other places where its ruts and you’re on-the-gas, off-the-gas, just beating your stuff up, that takes a big toll on things. A big racetrack like Eldora is usually pretty smooth.”

Catch Sheppard, Weiss, Erb Jr. and most of the other Outlaws this weekend in the 25th annual Dirt Late Model Dream at Eldora Speedway, June 6-8, LIVE on DirtonDirt.com!

For real-time updates and in-depth social media coverage of this year’s event, keep it locked to DIRTcar Racing’s Twitter and Facebook pages throughout the weekend and DIRTcar.com for daily recaps of all the action.

Plus, it’s just under one week away from start of the DIRTcar Summer Nationals tour at Peoria Speedway! The field takes the green on Wednesday, June 12, live on DIRTVision with your Late Model Fast Pass!

Other Outlaws competing this weekend: