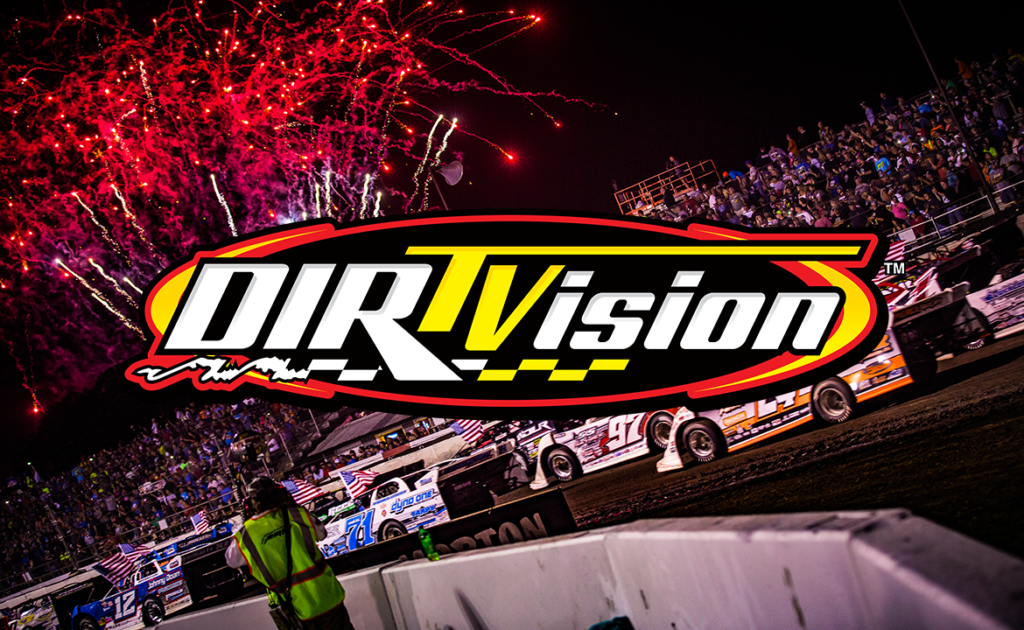 CONCORD, NC – In the midst of this extended pause from live racing, the World of Outlaws Morton Buildings Late Model Series and DIRTVision come together to bring the smell of VP Racing Fuels and Hoosier Racing Tire rubber into living rooms across the world with the first Late Model #DVWatchParty presented by Morton Buildings, tonight at 6 p.m. ET.

This near-three-hour special will broadcast three hand-picked races from inside the DIRTVision library of footage, beginning with the 2019 Firecracker 100 at Lernerville Speedway, following with the 2005 Nationals 55 at Federated Auto Parts Raceway at I-55 and finishing with the 2019 Prairie Dirt Classic presented by Bank of Pontiac at Fairbury Speedway.

Featured throughout each race will be special guest commentary from several drivers that played key roles in the events, including 2006 World of Outlaws champion Tim McCreadie, who kicks off the discussion with DIRTVision host Dillon Welch.

McCreadie led the final four laps of last year’s Firecracker 100 to a dramatic finish. Making the winning move after a restart with just four laps remaining, McCreadie threw a slidejob on leader Darrell Lanigan heading into Turn 3 and made it stick on the outside as they crossed the stripe, leading the field back around to the checkers for the first Firecracker trophy of his career.

Now just over nine months later, McCreadie took a bit of time to reflect on his view from the cockpit as the green dropped for the final time.

“I never, in a million years, thought Lanigan would go back to the bottom,” McCreadie said of Lanigan’s lane choice on the lap 95 restart. “Because when the yellow comes out, there’s crew guys in the infield, like I can see what they were doing. They were all pointing him up and I thought, ‘well I don’t know what I’m going to do here, maybe I’ll crab around the bottom, try and catch some traction and maybe slide him down into three.’”

Three-time Series champion Billy Moyer and three-time DIRTcar Summer Nationals champion Brian Shirley then join the DIRTVision studio for a stroll way back down memory lane in the 2005 Nationals 55. Moyer started the 55-lap main event from inside row six and drove a very patient race, staying out of trouble and clawing his way to the front with his veteran experience underneath him. Taking the lead from Shannon Babb in the closing stages, Moyer went on to win his 28th career World of Outlaws race in front of a packed house in Pevely, MO, while Shirley bagged a third-place finish.

The broadcast concludes with the re-airing of one of last year’s most exciting races, the Prairie Dirt Classic at legendary Fairbury Speedway. Three-time DIRTcar Summer Nationals champion Bobby Pierce and current Outlaws points leader Brandon Sheppard joined Welch in the DIRTVision studio to offer up their thoughts on the 100-lap showdown, which ended in thrilling fashion.

Pierce led almost the entire race without power steering on the tricky quarter-mile oval before taking the white flag with Sheppard right on his heels. Sheppard threw a Hail-Mary slidejob into Turn 3 and cut Pierce off in Turn 4, made contact with Pierce’s #32 and drove off the corner to the checkered flag for his second-career PDC title and Rocket1 Racing’s third in the last four seasons.

The #DVWatchParty kicks off at 6 p.m. ET on DIRTVision and is free to Fast Pass subscribers or $4.99 PPV.