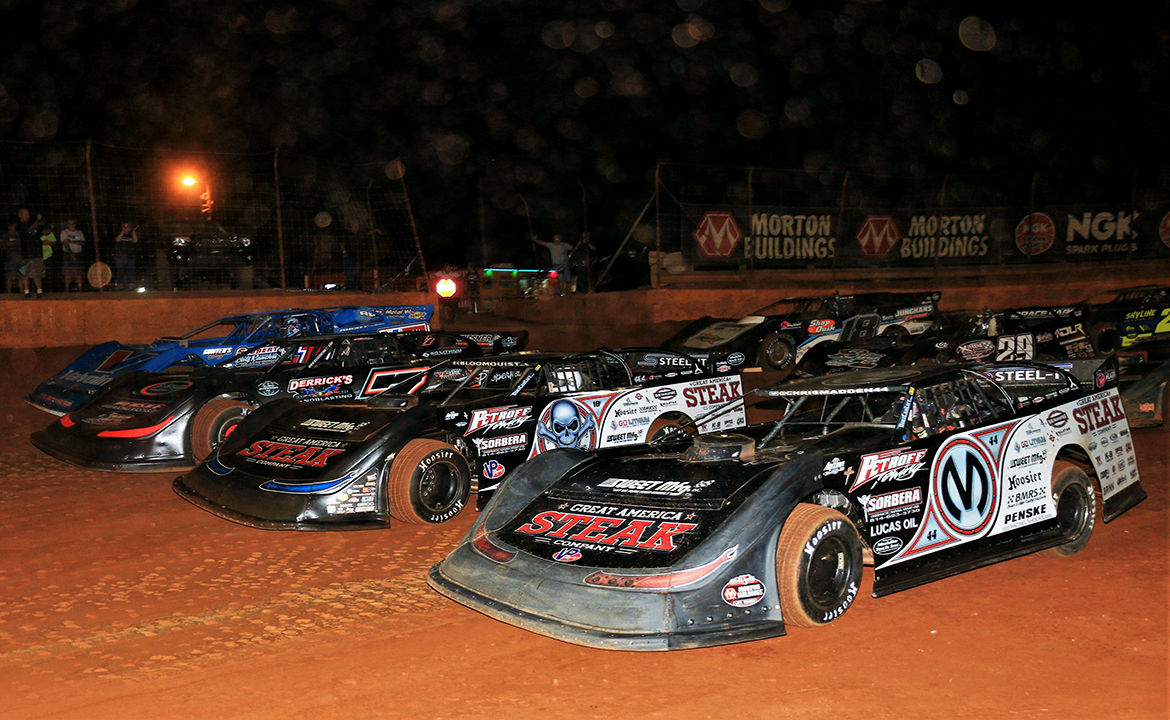 VADO, NM – Just four days remain before the start of the 2020 World of Outlaws Morton Buildings Late Model Series season, one the Dirt Late Model world is expecting to be one of the most exciting championship battles in tour history.

The 51-race schedule, boasting 11 race dates at eight brand-new tracks to the Series, begins with the first night of competition Friday, Jan. 3, at Vado Speedway Park after a Thursday night practice. The Friday race is the first of two 30-lap, $5,000-to-win Morton Buildings Features before the 75-lap, $15,000-to-win Battle at the Border finale on Sunday.

Coming into the first race on Friday night, all eyes will be on the Outlaws as they make their first starts of the 2020 season behind the wheel of their new cars, and for some, working with their new teams and owners. Two-time and defending Series champion Brandon Sheppard and the Rocket1 Racing crew have returned with the same manpower and mindset that drove their ultra-winning ways in 2019. The only difference this year will be their competition.

With three-time champion Darrell Lanigan now in the Barry Wright house car and the announcement on Dec. 12 bringing Scott Bloomquist Racing back to the World of Outlaws tour in 2020, Sheppard and the rest of the full-time Outlaws now stare down what might be the toughest competitors they’ll race against every weekend since Bloomquist’s championship-winning season in 2004. Joining Bloomquist is his Scott Bloomquist Racing co-star, Chris Madden, one of the hottest drivers in the country who has his sights set on a World of Outlaws crown.

Bloomquist is a Dirt Late Model legend with plenty of experience on several tracks the Outlaws regularly visit.

Madden joined Scott Bloomquist Racing last summer and went on a tear in the second half of 2019, winning several high-paying races on the Dirt Late Model circuit, starting with Cedar Lake Speedway’s $50,000-to-win USA Nationals in August. Ten Super Late Model wins and an average Feature finish of 3.72 over his final 25 races of 2019 display the momentum he’s built up over the past few months, which he will no-doubt carry into Vado. Add in his two wins in three starts and the overall points lead on the Drydene Xtreme DIRTcar Series, and it’s easy to see why Smokey has been the hottest Dirt Late Model driver in the country for the past several months. Expect him to bring the same tenacity to the World of Outlaws tour in 2020, as he chases his first national title.

Together, Bloomquist and Madden plan to tackle the entire tour this season alongside fellow Team Drydene member Ricky Weiss. The 2019 Rookie of the Year was the first to break his 2020 sponsorship news with Drydene Performance Products, one week before Bloomquist and Madden did. Once again operating out of Bloomquist’s race shop in Mooresburg, TN, Weiss will be the third big challenger to Sheppard’s reign in 2020.

Of course, Weiss will first be looking to put his Drydene #7 into World of Outlaws Victory Lane after posting a total of 13 podium finishes last season without a single win. Still, a third-place finish in the overall points standings was very impressive, and thus makes him a marquee candidate for the Series crown this upcoming year.

But the giant battle of Weiss Racing, Scott Bloomquist Racing and Rocket1 won’t be complete without the addition of Viper Motorsports’ newest full-time driver Lanigan. The three-time World of Outlaws champion announced his plans for another run at the tour’s crown back in late November, this time behind the wheel of the Barry Wright Race Cars ICON house program. This deal puts Viper Motorsports back on the full-time roster for the first time since May 2019, and the Barry Wright ICON house car back on a national circuit since Madden vacated the seat at the end of the 2018 season.

The move for Lanigan allows him to refocus on racing over building cars. He also made note of more crew help and more customers of Wright that can provide feedback on performance, all of which further support the team’s bid as a headlining championship contender in 2020.

Championship battles in motorsports begin with a single race, and in most cases it’s on a track that some drivers are more familiar with than others. But 2020 will be different for the Outlaws. Of the 41 drivers confirmed by the track to compete in the inaugural Battle at the Border, only 11 made at least one start at Vado, in any division, in 2019 – the first year of track operation.

Las Cruces, NM-native Jake Gallardo claimed an impressive 10 wins in 11 starts in local Super Late Model action this past season at Vado, and he’ll lead the local charge into the weekend. Other nationally renowned drivers such as Jimmy Mars, of Menomonie, WI; Bobby Pierce, of Oakwood, IL; brothers Stormy Scott of Las Cruces and Johnny Scott of Cameron, MO, have all made starts in Modified action at the facility since the start of the 2019 season. The only full-time Outlaw with on-track experience at Vado is 2019 Rookie of the Year runner-up, Cade Dillard, who took back-to-back Modified wins in the track’s annual Fall Nationals event back in late October.

Vado’s brand-new, state-of-the-art racing facility features a fast and tacky 3/8-mile oval – the most popular track size seen on the World of Outlaws tour in 2019 with 17 races contested. Defending Series champion Sheppard had the most victories on 3/8-miles this past season with six; Brandon Overton, of Evans, GA, scored all four of his tour victories on 3/8-mile tracks.

Of the four aforementioned drivers that were full-time World of Outlaws competitors at some point in 2019 (Sheppard, Weiss, Lanigan and Madden), average finishes on similarly configured 3/8-mile tracks can be a good go-to stat in determining who has the best chance to score a win on the 3/8-mile of Vado.

All stats, history and predictions aside, the inaugural Battle at the Border is sure to be the perfect kickoff to what has the potential to be the most exciting championship battle the World of Outlaws has ever seen. It all begins with the first points race at Vado this Friday, Jan. 3. Catch all of the action LIVE on DIRTVision with your Fast Pass subscription!