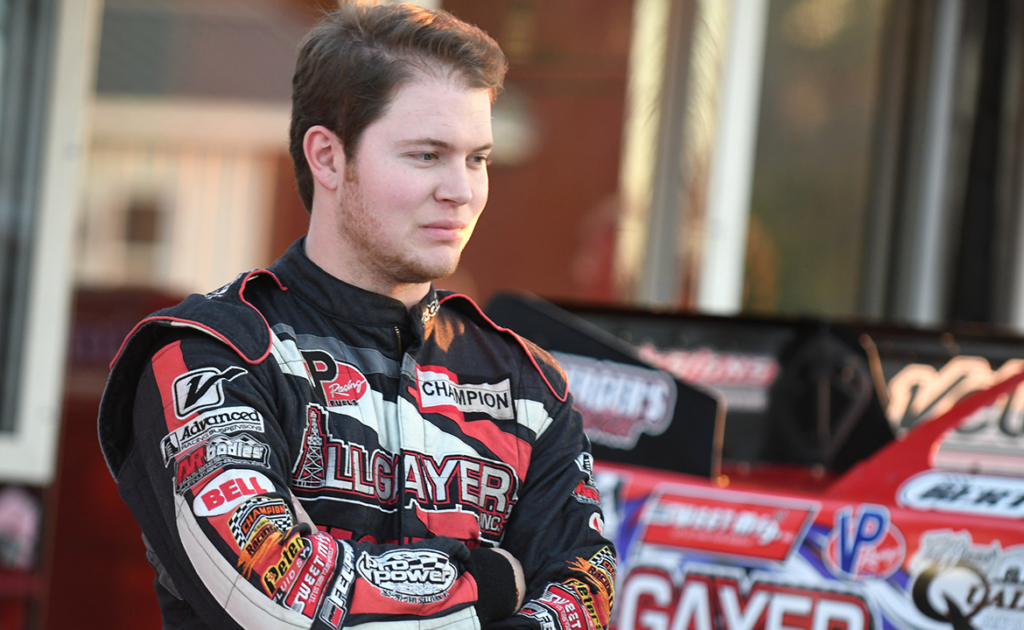 (Today’s Part one of a two-part feature on Bobby Pierce looks at his stellar and lightning-fast rise to the top of Dirt Late Model racing.)

If you didn’t know better, Bobby Pierce’s credentials and record would make you think he’s been racing at the highest levels of the Dirt Late Model racing for decades, but those who know are fans of a millennial generation superstar with a long career ahead.

Ask any driver in the country and they’ll tell you Pierce provides some of the stiffest competition seen all year, night-in and night-out. Whether it’s a track around his home state of Illinois or over 1,600 miles away in the heat of Arizona, there’s no question Pierce has already earned his place at the table that seats only the most elite wheelmen in the country. And he’s just 23 years old.

But nobody attains that level of success overnight. Ever since he won a handful of Quarter Midget races before he even turned 10 years old, Pierce has been seeking more.

His passion for dirt racing has always been there, starting with his days in Quarter Midgets on the tiny dirt tracks of Illinois and Indiana. His father Bob, a National Dirt Late Model Hall-of-Famer himself, has always the head wrench-turner on every dirt ride he’s ever been in. Through his countless Quarter Midget, Kids UMP Modified and Pro (Crate) Late Model Feature wins and track championships as a teenager, he was able to develop the skills necessary to compete with the 20, 30+ year veterans of the sport. Some of which, more than twice his own age.

It wasn’t until 2011 that Pierce jumped into the seat of a perennial Super Late Model full-time, and immediately began having success, picking up six Feature wins at various local shows around Illinois. Fast forward to 2020, and the now-ten-year veteran has collected over 100 Feature wins in Super Late Model competition at the local, regional and national level.

Pierce agrees, his early ventures behind the wheel were a direct catalyst to his future success.

“The start that I had was really good,” he said. “I think that starting young is something that helps a lot. I feel like if I started racing asphalt cars when I started racing dirt, which I was about eight, then maybe I would have a lot of success in that.”

One of the most memorable and career-defining victories on that list was his epic climb from 22nd to win the 2016 World 100 at Eldora Speedway. At just 19 years old, Pierce dethroned Hall-of-Famer Jeff Purvis as the youngest driver ever to win Dirt Late Model racing’s most prestigious event and became the first driver from the state of Illinois to accomplish the feat.

Looking back on that weekend in Western Ohio, Pierce echoes the prestige of the event that he earned and is reminded of why he truly enjoys his full-time job as a racecar driver.

“There’s nothing like being able to go to one of the biggest dirt races, whether it’s the World 100 of the Dirt Late Model Dream, or any of those crown jewels, and being able to win those,” he said.

“It’s all humbling. Heck, you can win it one year, and the next year, you can get lapped or something. That’s just how it goes.”

In the seasons since then, Pierce has experienced a bit more pressure to go back to The Big E and replicate that big result. Most drivers that make the trip out to Rossburg often do so twice a year, for the Dirt Late Model Dream in June and the World 100 in September. Pierce has not visited Eldora Victory Lane in either event since the fall of 2016, but that’s only made him hungrier for his next big Eldora crown jewel win.

“I think, at first, the next year there was a little bit [more pressure] because there’s no improving that unless you get another win,” Pierce said. “We went back with another Joker-themed wrap, and everything that happened the first year [that he won] just magically went right, even with me having to start at the back.”

When talking about the World 100 and the Dirt Late Model Dream, it’s impossible not to mention the only man to have a staggering total of 12 big trophies from the venue – Scott Bloomquist. An eight-time Dream winner and the proud owner of four World 100 globe trophies, only Billy Moyer comes anywhere close to the crown jewel win Bloomquist has at Eldora with eight. Pierce has only one, but that’s one more than a lot of other drivers across Late Model racing history have.

For his successes, Pierce at his young age has sometimes been compared to the likes of Bloomquist. Their relentless drive to win, raw talent behind the wheel, loaded racing schedules (despite the 33-year age gap), enormous fan bases, even their incredibly marketable car designs and personalities draw immediate similarities. Pierce admits he may not fit the “bad boy” persona that Bloomquist sometimes emits, but he appreciates being a part of the same conversation with the Hall-of-Famer.

“I don’t think I can quite match Scott’s ‘dark side’… someone else can probably have that,” Pierce said. “But if we’re talking about the wins, for sure.”

And while talking about success at Eldora is valuable, Pierce knows Bloomquist’s place in history at other big events across the country as well. Bloomquist is a five-time winner of the prestigious USA Nationals at Cedar Lake Speedway. Pierce has never won, despite having five top-five finishes since his first start in 2012. Likewise, Bloomquist is a six-time champion of the historic Show-Me 100, held in Wheatland, MO, while Pierce claimed his lone victory in 2017.

It’s the big races like these where Pierce knows he has ground to make up on the Team Zero leader to truly make headway into the same category. And that’s what makes him even more motivated to keep winning.

“If I could win all the races he has, that’d be pretty cool,” Pierce said. “I know he has a huge following, the biggest fan base anyone’s had in Late Model racing, I think. He’s a hell of a personality, for sure.”

One marquee race in particular that Pierce does technically have a leg up on the 2004 World of Outlaws champ is Fairbury Speedway’s Prairie Dirt Classic. Father Bob is a five-time winner, but son Bobby has never tasted victory in the event, albeit coming close multiple times. After an exciting battle with winner Shannon Babb and runner-up Dale McDowell in the closing stages of the 2013 edition, Pierce did not have another top-five in the event until just last year, where he led from Lap 26 to 99 before a heartbreaking turn of events in the final corners.

Brandon Sheppard stalked Pierce throughout the second half of the race, just waiting for the perfect moment to make his move. That moment came on the final lap heading into Turn 3, where Sheppard threw it hard into the corner and slid up the high banking, right in front of Pierce to take the lead. The two made contact off of Turn 4, Pierce in the wall, and Sheppard driving off the corner to collect his second victory in the event. Pierce crossed the line third, and despite the heavy contact between the two, Pierce walked into Victory Lane before Sheppard emerged from his car to shake his hand and offer his congratulations – a great showing of sportsmanship between the two Illinois young guns.

The finish became one of the most highly debated events of the entire season, whether or not Sheppard’s slide job was “dirty” or not. In the eyes of the man on the receiving end of it, the maneuver was just fine.

“He had to go for it, and it wasn’t a dirty slider,” Pierce said. “A lot of times, whenever there’s contact, people have to blame somebody. But it was just one of those racing deals. It wasn’t like he just came across and drove over my radiator.

“That’s one thing I wanted to make clear. Slide jobs aren’t bad, and that wasn’t a bad one. Even though I came out on the losing side of it.”

Tough losses like those have helped to fuel Pierce’s hunger for victories and push him further down the path to future success at a multitude of levels. More specifically, in the upper echelons of motorsports.

(In Tuesday’s Part 2, Pierce recalls his time spent in NASCAR and shoots on the role father Bob has played in his career.)