Skip to content
Kokomo Chosen by Fans as iRacing’s Next Dirt Track
Tags: 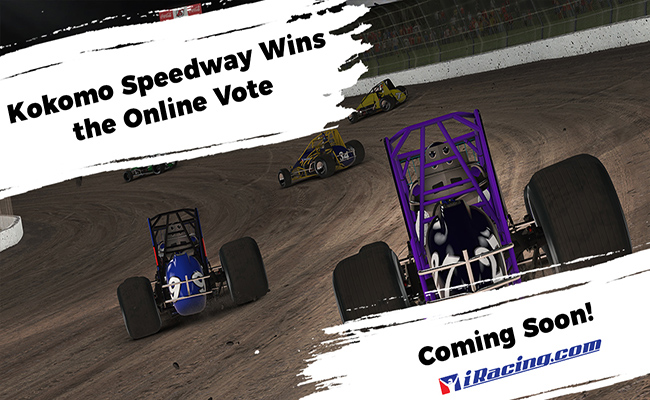 Kokomo Chosen by Fans as iRacing’s Next Dirt Track

iRacing has already laser scanned the track so it will go into production immediately with an expected release date in 2018.

“We are very appreciative of our fans voting us to be the next dirt track added to iRacing”, said Kokomo Speedway president Reece O’Connor. “Being available to race in iRacing will give existing fans a new way to experience our track as well as introduce legions of new fans to Kokomo. Personally, I can’t wait to race Kokomo online!”

It is not all bad news for the other five tracks as all of them will be built and added to iRacing over time.

“It was fun to get dirt track fans involved in the decision process – it’s the first time we have done anything like this and based on everything we heard it was very well received”, said Steve Myers, executive vice-president and executive producer, iRacing.com. “Ultimately we will build all six tracks but it is great to have the input from the community as to what they want next.”

To learn more about iRacing and to take advantage of special offers go here:  http://www.iracing.com/