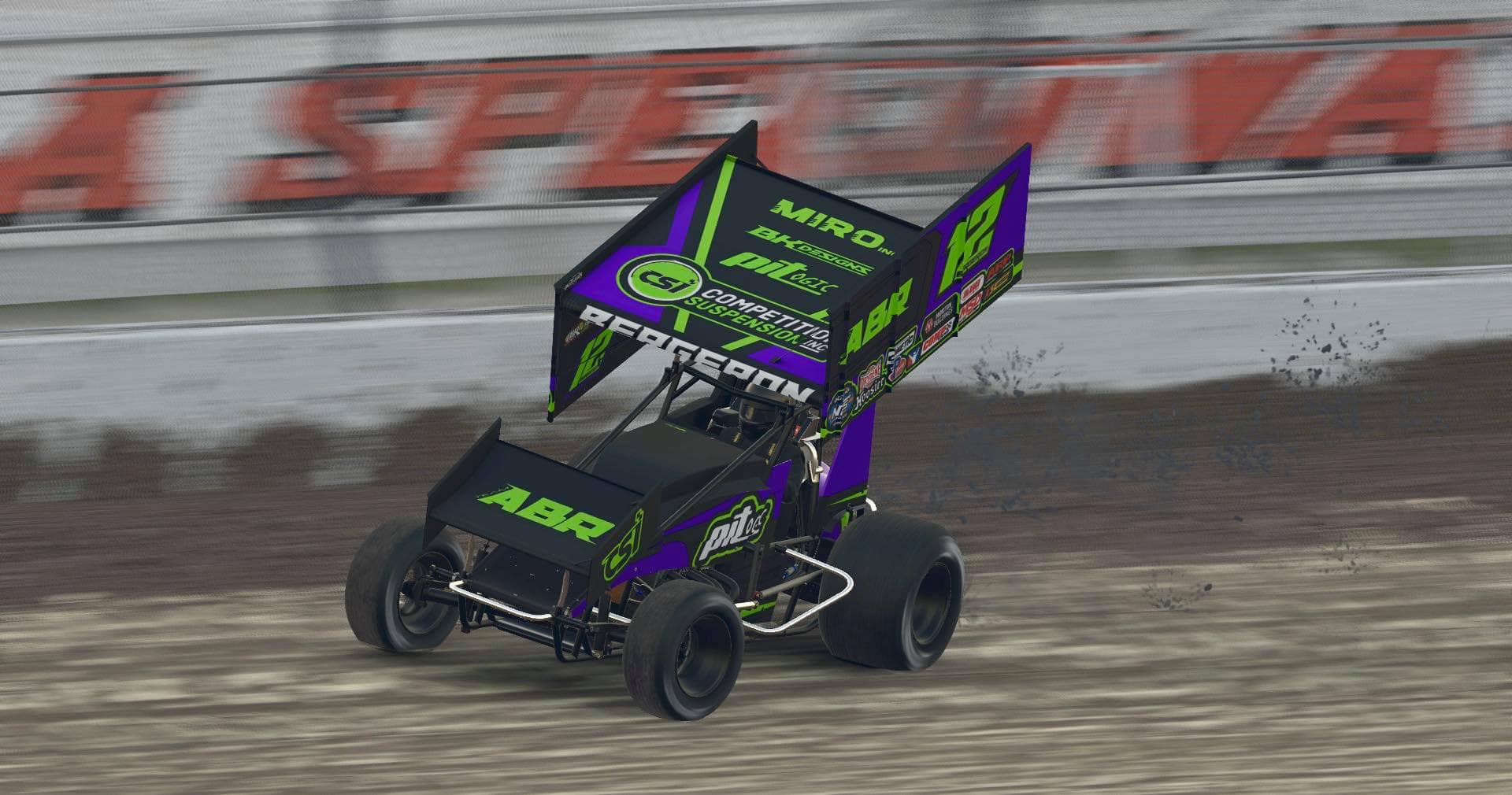 Nobody else on the grid had anything to contend with a classic Alex Bergeron performance in Monday night’s iRacing World of Outlaws NOS Energy Sprint Car World Championship round from Eldora Speedway. The Team ABR driver scored his third victory of the 2020 season, leading every lap of both his heat race and the feature, to extend his points lead to 25 over David Heileman with just two races remaining on the calendar.

It was the second straight year that Bergeron took a checkered flag at Eldora, and pulled him even with James Edens in the win column on the season with three apiece. Heileman finished second and Edens came home third, matching their respective spots in the championship standings.

Of the top four drivers coming into the event, only Edens failed to win his heat race, coming second to Tyler Schell in Heat 4 as Bergeron, Heileman, and Knoxville winner Braden Eyler took the top spots in the first three heats. The last chance qualifiers left plenty of top talent on the outside looking in, with Cameron Merriman, Adam Elby, and Joel Berkley among the drivers who went home disappointed before the 35-lap feature.

But from there, it was all Bergeron, who took advantage of a caution-free main event to extend a lead of more than a second and a half over Heileman at race’s end. Edens denied Shaun Timmerman his first podium finish of the year, while Fairbury winner Dillon Semmelmann was the big mover on the night, jumping from the final spot on the 20-car grid up to seventh at race’s end.

The iRacing World of Outlaws NOS Energy Sprint Car World Championship season stages its penultimate round next Monday at Williams Grove Speedway, with coverage beginning at 9PM ET/6PM PT on the iRacing eSports Network. Real-world World of Outlaws stars and crossover athletes will return to the CBS Sports Network tonight at 8PM ET/5PM ET for the another edition of the eDirt Racing Shootout, this time at The Dirt Track at Charlotte Motor Speedway. For more information on iRacing and for special offers, visit www.iracing.com.