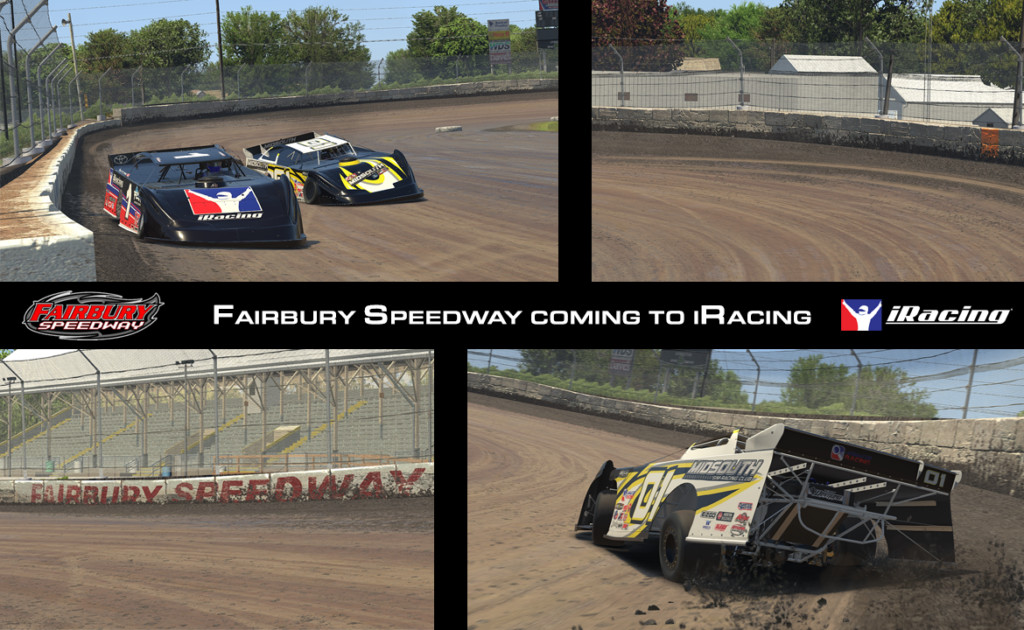 iRacing and World of Outlaws have teamed up to bring the ultimate virtual late model racing experience to simracers around the globe. With many of the top tracks in America already available to race, the iconic Fairbury Speedway will become the latest dirt oval to join the iRacing service when it is released this fall.

Voted in by iRacers as the next track to make its debut, Fairbury joins fellow staples of the World of Outlaws Morton Buildings Late Model Series like Eldora Speedway, Knoxville Raceway, and Williams Grove Speedway on iRacing. The quarter-mile, semi-banked track will be released as part of the 2019 Season 4 build, scheduled to drop this September.

iRacers of all skill levels can compete in World of Outlaws late models, with the world’s best competing in the iRacing World of Outlaws Morton Buildings Late Model World Championship. The 10-race season features the top dirt ovals on iRacing, and streams every Monday night at 9PM ET/6PM PT on the iRacing eSports Network on Facebook, Twitch, and YouTube. The series features a $25,000 prize pool, including $10,000, a real-world test day, recognition at the World of Outlaws end-of-season banquet in Charlotte, and much more for the champion.

Kendal Tucker of Swindell SpeedLab Esports, owned by real-world World of Outlaws team owner Kevin Swindell, leads the championship with five races remaining, but NOS Energy Sprint Car World Champion Alex Bergeron remains in the fight as he aims to become the first iRacer to win two World Championships in the same year. Five different drivers have won the first five races, setting up one of the most competitive title chases across iRacing’s World Championship series.

Want to get in the action? iRacing is currently offering 40% off all new memberships! Visit iracing.com/membership to sign up, and be sure to follow along with all the latest iRacing World of Outlaws Morton Buildings Late Model World Championship events on the iRacing eSports Network!