WHAT TO WATCH FOR: World of Outlaws Back on Track at Volusia & East Bay 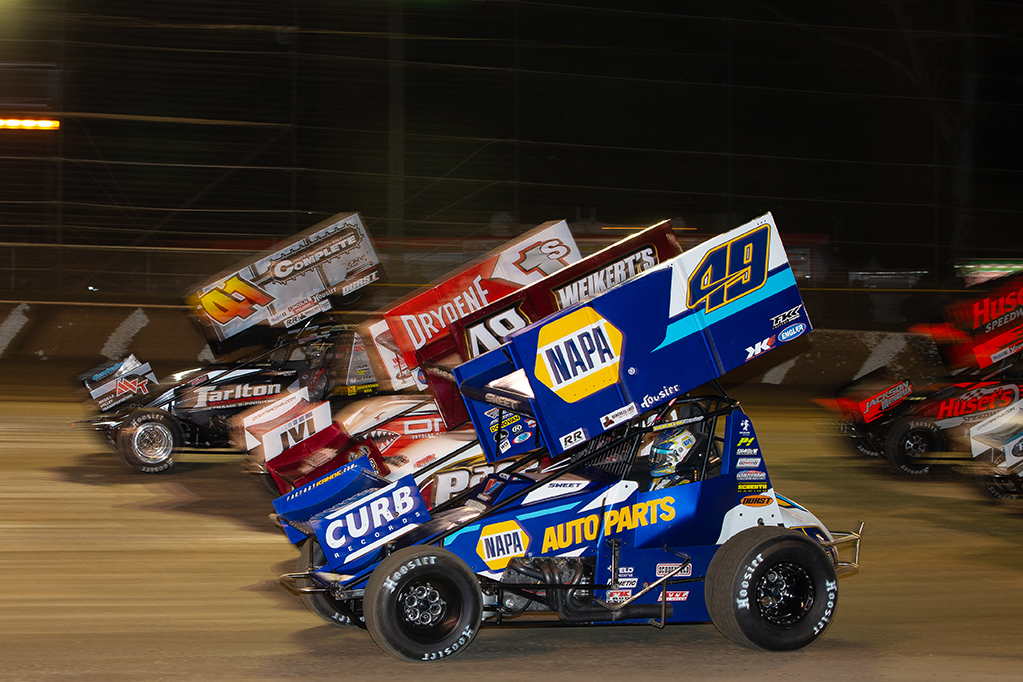 After almost a month on the sidelines, The Greatest Show on Dirt is set to roar back to life this weekend.

A heap of cancellations due to weather, COVID-19 restrictions, and even State of Emergencies marred the February slate, but a new revised schedule has been released and we’re re-kicking off the World of Outlaws NOS Energy Drink Sprint Car season with a Florida doubleheader.

It all begins this Friday, March 5 with another race at Volusia Speedway Park, followed by a return to East Bay Raceway Park for the first time since 1983 on Saturday, March 6.

Let’s catch you up on some of the storylines entering this weekend:

SCHATZ STILL CHASING 300: We haven’t hit the track since February 7, the night that an ignition box failure devastatingly ripped Donny Schatz’s 300th career World of Outlaws win away from him with only two laps remaining. Heading into this weekend, the Tony Stewart Racing #15 driver has two solid shots to finally nail down that elusive milestone mark. The ten-time World of Outlaws champion is the winningest driver in Series history at Volusia (13 wins), and he just won at East Bay last month in All Star Circuit of Champions action. Is this the weekend for win #300?

CONSISTENCY IS KEY: With 80+ races on the schedule, it takes a whole lot of consistency to stay at the top of the standings with the World of Outlaws. Through the opening two races at Volusia, three drivers scored a top five finish both nights and six drivers earned a top ten in each show. Leading the charge in that group is the current top three in points of Shark Racing’s Logan Schuchart (2nd, 1st), Kasey Kahne Racing’s Brad Sweet (1st, 5th) and Big Game Motorsports’ David Gravel (4th, 4th).

BACK & FORTH: Sweet then Schuchart then Sweet then Schuchart. That’s just the way it goes at Volusia Speedway Park of late. Over the last four races at The World’s Fastest Half-Mile, those two championship contenders have traded victories Mano a Mano. Sweet, who is vying for his third consecutive World of Outlaws championship this year, owns eight total career wins at Volusia with six in Outlaws competition including the 2021 season opener.

Schuchart, last year’s championship runner-up, has turned a corner at Volusia and suddenly became one of the track’s most successful stars of late. From 2013-20, Schuchart admittedly struggled at the half-mile with a bleak average finish of 14.1 in 20 starts. Then, with the flip of a switch, he became almost unstoppable. In his last seven starts at Volusia, Schuchart has finished 2nd-5th-1st-1st-2nd-2nd-1st.

FLORIDA IN… MARCH: Dating back to 1981, the World of Outlaws have contested 46 events at Volusia Speedway Park with all 46 happening in February. So, this Friday’s show at the Barberville, FL half-mile will mark the first occurrence in Series history of a March race at Volusia. With high’s in the upper 70’s and lows only down to the 50’s, fans and drivers alike can expect beautiful weather at Volusia. Being a non-DIRTcar Nationals event, the dynamic of the track changes without 100 modifieds as the support division like in February. It’s also only a one-night show, whereas drivers are used to a five-day program at DIRTcar Nationals with a practice night. This Friday, though, it’s just Hot Laps, Slick Woody’s Qualifying, Drydene Heat Races, Last Chance Showdown, and a $10,000/Win NOS Energy Drink Feature.

LONG TIME, NO SEE: It’s been 38 long years since the World of Outlaws last raced at East Bay Raceway Park. To be exact, Saturday marks 13,900 days since Steve Kinser won the most recent show on February 15, 1983. Since then, an entirely new generation of Outlaws have taken control of carrying the torch. Of the current 15 full-time drivers, only three of them (Johnson born in ’71, Sides born in ’73, Schatz born in ’77) were even alive when that last race happened. However, East Bay’s iconic beachside location and unique track surface has kept the Tampa, FL 1/3rd-mile more than relevant in sprint car circles over the last four decades. Donny Schatz happily noted “Everyone has wondered why the Outlaws don’t go there when we come to Florida, and now we don’t have to answer that question because we’re going.”

FRESH START: For seven Outlaws, the 50th DIRTcar Nationals last month didn’t exactly offer the dream start to the season that they imagined. The likes of Sheldon Haudenschild (13th in PTS), Brock Zearfoss (16th), Jason Sides (17th), Kraig Kinser (20th), Wayne Johnson (22nd), Parker Price-Miller (23rd), and Mason Daniel (24th) left Florida in February without a top ten result. They’ll all return this weekend with their sights set on a fresh start to get their season heading in the right direction.

WHAT TO WATCH FOR: World of Outlaws Sprint Cars Make Return to New York