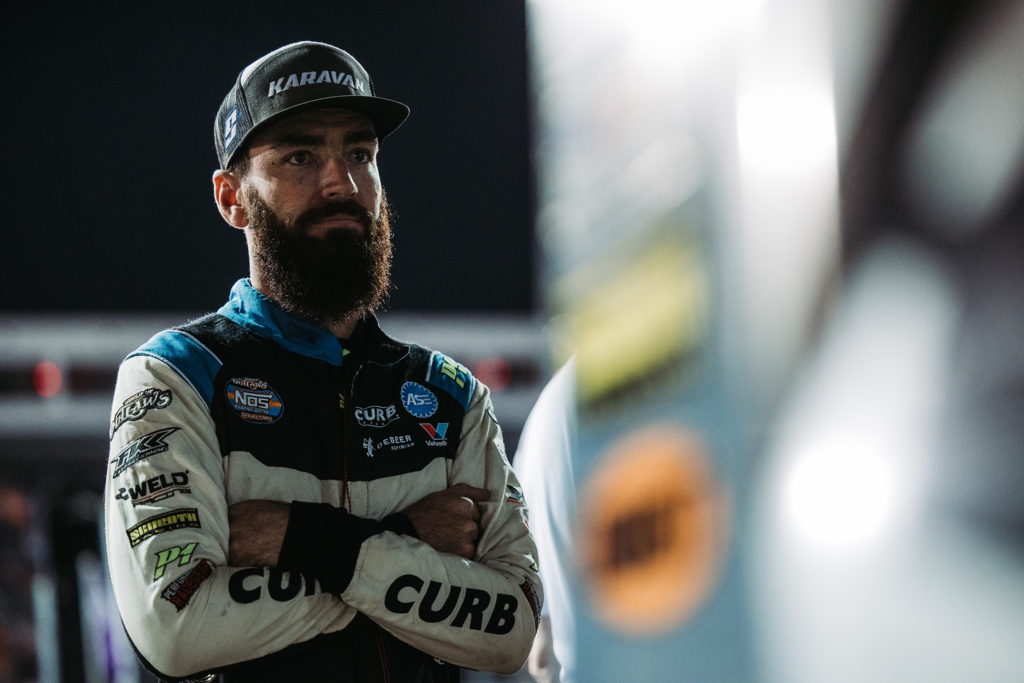 It was a monumental year for James McFadden both on and off the race track.

The Alice Springs, Northern Territory native welcomed the birth of baby boy in February, and then flew across the pond to begin his first full-time attempt with the World of Outlaws NOS Energy Drink Sprint Car Series in March.

Later in the spring, his family joined him in the United States and traveled the countryside from coast-to-coast. It not only a golden chance to compete with The Greatest Show on Dirt in premier equipment with Kasey Kahne Racing, but also the opportunity of a lifetime to create memories with his partner Zoe and son Maverick.

“This year was a blast,” McFadden said on his journeys. “We got to see a lot of cool things and traveling with my family was really special. It’s something that you’ve always wanted to do and ends up being even more fun than you ever imagined.”

Although he wanted more, it doesn’t take much to realize McFadden was actually exceptional in his first full-time attempt aboard the Karavan Trailers #9. The 32-year-old is poised for a seventh-place finish in the championship standings with two victories, 20 top-five finishes, 49 top-10 results to his credit and another four races on the docket.

He’ll conclude his rookie run in one weeks time when the World of Outlaws wrap up 2021 with the NGK/NTK World Finals at The Dirt Track at Charlotte on Thursday-Saturday, November 4-6. Fans can BUY TICKETS HERE.

“As far as racing goes, it was pretty average to be honest,” McFadden admitted. “We got going at the start of things and near the end, but the middle part was not where we needed to be at all. You have the beginning stages where the excitement is overflowing, but then the middle is an absolute grind. Once you have that bad night it’s hard to flip a switch and get back into a rhythm.”

The thing is, his analysis of the season almost lines up identically with his proof of performance in the numbers.

His first seven races resulted in six top-10s, three podium finishes, and a victory at Indiana’s Kokomo Speedway over KKR teammate Brad Sweet. It was an outstanding start, but soon slowed to a halt as the grind of the schedule kicked in. In 37 races from late April to end of July, the #9 team only earned two podium appearances and dropped to an 8.9 average finish.

Like McFadden said, though, they got it going near the end again. The calendar flipped to August and new life was breathed into the team. They went on a tear with 17 consecutive top-10 finishes, they were on the podium seven times in that stretch, they rocketed their average finish up to 4.5, and they returned to victory lane at Washington’s Skagit Speedway.

“Confidence is way more of a factor than people realize,” McFadden noted on their performances. “We went to places I struggled at or just didn’t have the car and we’d run 13th, which is unacceptable. Then you find something with the car, and then you change a few things at the wheel, and you stumble upon that good streak again. I’ve found a bit mentally to counter those struggles, because obviously you realize you get to race again tomorrow. You don’t have to dwell, it’s just the teething part of learning the circuit.”

Before heading to the NGK/NTK World Finals next week, McFadden and crew chief Justin Adams still have a swing through Oklahoma at Lawton Speedway on Friday night and Texas at Devil’s Bowl Speedway on Saturday night this weekend.

As the fourth Australian (Brooke Tatnell, Kerry Madsen & Ian Madsen) to compete full-time with the World of Outlaws Sprint Car Series, McFadden mostly wants to give it a true go in 2022 and actually contend every single race with the Series, as he missed the first six shows this year while out of country.

“I’d love to sort it out and do it again with a proper shot at the title,” he added. “That’s the ideal situation, especially with the way home is right now and how tough it is with things over there.”

If you can’t make it to the track, you can watch McFadden take on all remaining World of Outlaws events live on DIRTVision – either online or through the DIRTVision App.