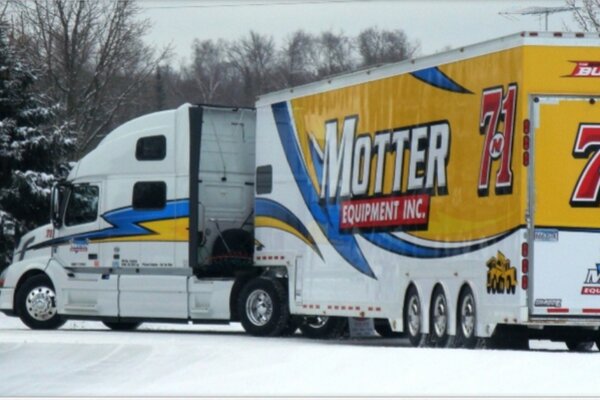 AT 2013 INAUGURAL WORLD OF OUTLAWS WEEK-LONG RACE IN FLORIDA

Motter Motorsports, with veteran driver Joey Saldana at the wheel, will make its debut at the UNOH DIRTcar Nationals Presented by Summit Racing Equipment at Volusia Speedway Park beginning with a practice session on Feb. 12.

The team’s owner, Dan Motter, is returning to World of Outlaws competition as a team owner following a 15-year hiatus from the sport.  He will field a team with state-of-the-art equipment including a new truck and trailer, five engines and six cars.

His crew is long on talent with a history of winning performances, led by veteran tuner Davey Whitworth who is reuniting with Saldana.  Whitworth and Saldana combined their talents in 2002, winning 10 World of Outlaw events and finishing second in point standings.  Bob Curtis and Sean Strausbaugh round out the tuning talent for the 71M sprint car team.

Since 2008 at the Volusia Speedway Park fast half mile, Saldana has earned seven top-five finishes and 11 top 10s in 14 races in World of Outlaws STP Sprint Car Series competition.  He also won back-to-back titles in UNOH DIRTcar Nationals Presented by Summit competition in 2010 and 2011.

“We understand that there is a tremendous amount of competition in this class, and we  devoted a lot of time into planning and research to get the best equipment and talent,” said Motter.  “My goal is to be competitive right out of the box and hope the bright yellow livery of our Motter Motorsports 71M sprint car leads the field at many events this season.

“Joey is excited as I am to get the season underway.  He is totally vested in this team and will oversee the Motter Motorsports effort as it will base operations out of Joey’s Brownsburg, Ind. shop for the remainder of the racing season.

“We hope to do well at Volusia to start positive momentum for the season,” concluded Motter.