FVP Clash at the Creek Around Corner 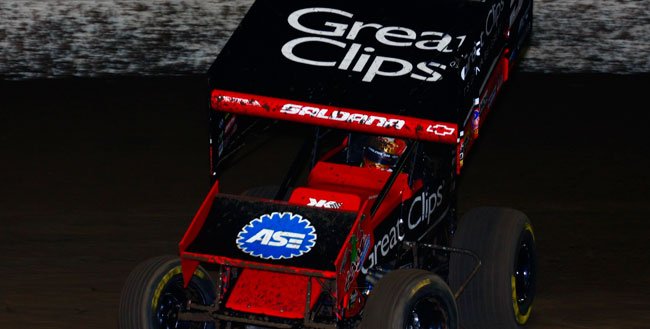 Saldana is 2-for-2 at the high-banked, 3/8-mile oval, which hosts the World of Outlaws Sprint Car Series on Saturday, Sept. 15, in the FVP Outlaw Showdown. He claimed the inaugural event in 2009 and Saldana followed up in 2010 before missing last season’s event because of an injury.

“Luckily the two races we’ve been there we’ve won them both, so it’s been a great place for me,” Saldana said. “I enjoy racing there. The fans support it and it’s a cool area to go to.

“It’s a fast, little race track. You get running up on the wall, so it makes it pretty exciting. You definitely have to watch where you’re at on the race track and the groove and where you need to be. It puts on a good show.”

“I’m really looking forward to Deer Creek,” Madsen said. “It just seems to suit my style. Even though it’s a 3/8 (mile), it’s a fairly quick track. By the end of the night it’s up near the wall, so it just kind of suits me to a T.”

Tickets for the FVP Outlaw Showdown are available by clicking DeerCreekSpeedway.com.