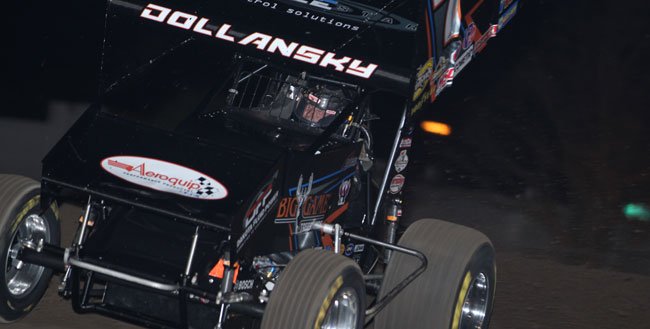 Racers geared up for first WoO race at high-banked, quarter-mile oval since 2003

‘The Greatest Show on Dirt’ returns to the high-banked, quarter-mile oval between Bloomington and Champaign on Wednesday, April 25, for the first midweek event this season. It’s also the Outlaws’ lone race this year in Illinois and follows the highly successful World of Outlaws Late Model Series event at the track last month.

“From what I recall it seemed like a pretty nice facility,” Dollansky said. “That was a good race track. It was the type of race track where you could run the bottom, you could run the top. It was definitely good racing and I’m looking forward to going back.”

The World of Outlaws raced at the bullring from 2000-03 with Dale Blaney, Mark Kinser and Stevie Smith also earning wins before Steve Kinser claimed the last event. The top two drivers in in the current championship points battle — Sammy Swindell and Donny Schatz — each have short track victories this season. Schatz took the checkers at quarter-mile at Silver Dollar Speedway in Chico, Calif., while Swindell won at Merced (Calif.) Speedway.

Tickets for the race at Farmer City can be ordered online by clicking WorldofOutlaws.com/tickets or by calling 877-395-8606.