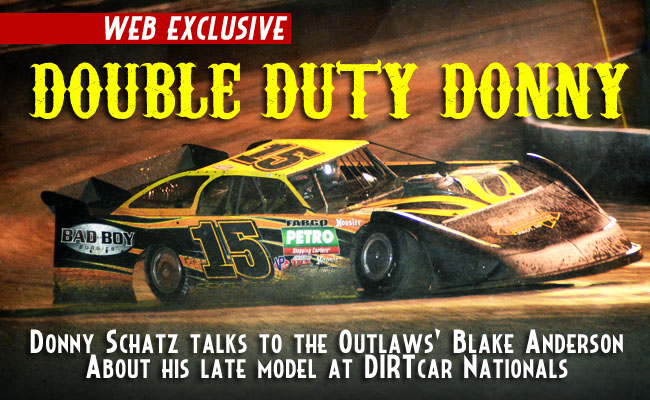 After the end of Sprint Week, Donny Schatz takes on DIRTcar Nationals in his Late Model

Schatz, the reigning World of Outlaws Sprint Car Series champion, talked to the World of Outlaws’ Blake Anderson about his run in the late model, how it helps him in his sprint car and his plans to run his late model more this season.