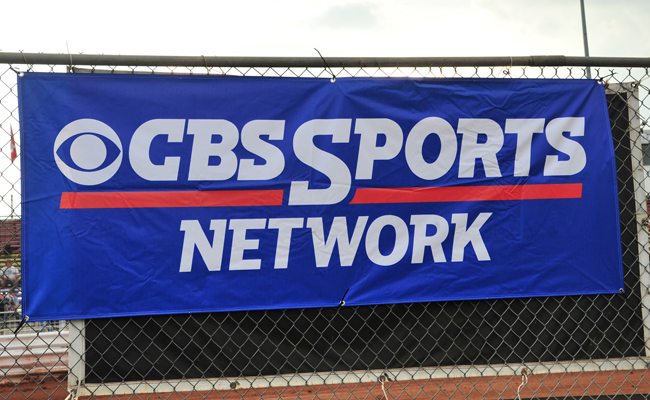 CONCORD, N.C. – Oct. 7, 2013 – CBS Sports Network will air six major events from the World of Outlaws and Super DIRT Week, as well as a special countdown show, beginning on Sunday, Nov. 3 and continuing each Sunday at 9:00 PM, ET through Dec. 22.

Coverage on CBS Sports Network kicks off with a one-hour special program entitled World of Outlaws WOW!, documenting the “Top 10 reasons why they call it ‘The Greatest Show on Dirt!’” The show features wild flips, great championship battles and much more.

“This is big news for our sport. CBS Sports Network is available to a wide audience and will consistently deliver an enhanced, high-quality production,” said World of Outlaws/DIRTcar CMO Ben Geisler. “It was important for us to get back to a consistent time slot, and we are excited to make that happen for our fans.”

Nationally acclaimed drag racing announcer Dave Rieff will anchor the broadcasts, returning to his dirt track roots. Prior to a long career broadcasting NHRA events, Dave got his start at short tracks in Iowa, eventually becoming the lead announcer at Knoxville Raceway. The broadcast team will also include sprint car hall-of-famer Brad Doty providing analysis in the booth and Bobby Gerould interacting with drivers in the pits, with cameos from other experts along the way.

CBS Sports Network is available across the country through local cable, video and telco providers and via satellite on DirecTV Channel 221 and Dish Network Channel 158. For more information, including a full programming schedule and how to get CBS Sports Network, go to www.cbssportsnetwork.com.