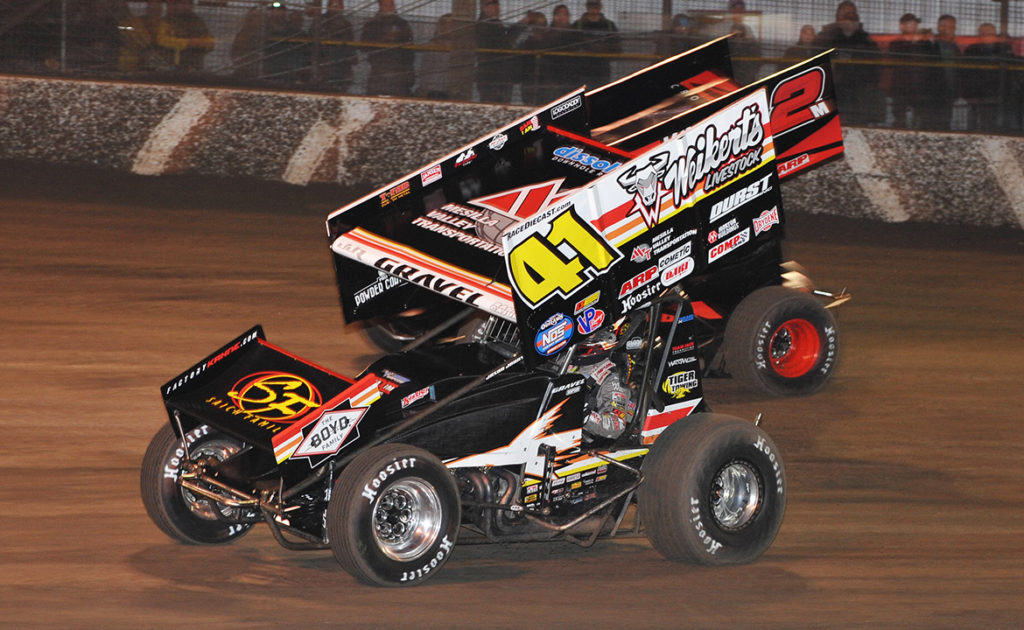 The Greatest Show on Dirt is set to invade Arizona on Saturday, March 21, at USA Raceway and on Sunday, March 22, at Arizona Speedway for an exciting doubleheader weekend.

The winged warriors of the World of Outlaws NOS Energy Drink Sprint Car Series will bring a 900hp thrill ride to race fans in Tucson for the Wildcat Shootout at USA Raceway and in San Tan Valley for the Arizona Desert Shootout at Arizona Speedway.

Reigning champion Brad Sweet, of Grass Valley, CA, earned his first victory of 2019 at USA Raceway en route to his first Series title. It was also his second win at the 3/8-mile track, tying 2013 champion Daryn Pittman for the most wins at the raceway. With a win at Volusia Speedway Park already this season, ‘The Big Cat’ will be on the prowl for back to back wins in Arizona.

David Gravel won his first race at Arizona Speedway last year, becoming the fourth different winner in-a-row at the 1/3-mile track. He returns to Jason Johnson Racing for his second year, after a strong first season that saw the pair win 12 races, including the Knoxville Nationals.

Ten-time Series champion Donny Schatz is currently the only driver on the World of Outlaws tour who has a win at both tracks. He kicked off the 2020 season with a win at Volusia Speedway Park, bringing himself closer to a milestone 300 career wins by earning his 295th Series win.

Both events will pay $10,000-to-win and are sure to produced high-octane action among the winged warriors of the World of Outlaws.

Tickets are also on sale for the Saturday, March 21, Wildcat Shootout and the Sunday, March 22, Arizona Desert Shootout.

As always, if you can’t make it to the races, you can watch all of the action LIVE on DIRTVision.com.