ONE WEEK AWAY: World of Outlaws to Open 2021 at Volusia’s Sunshine Nationals 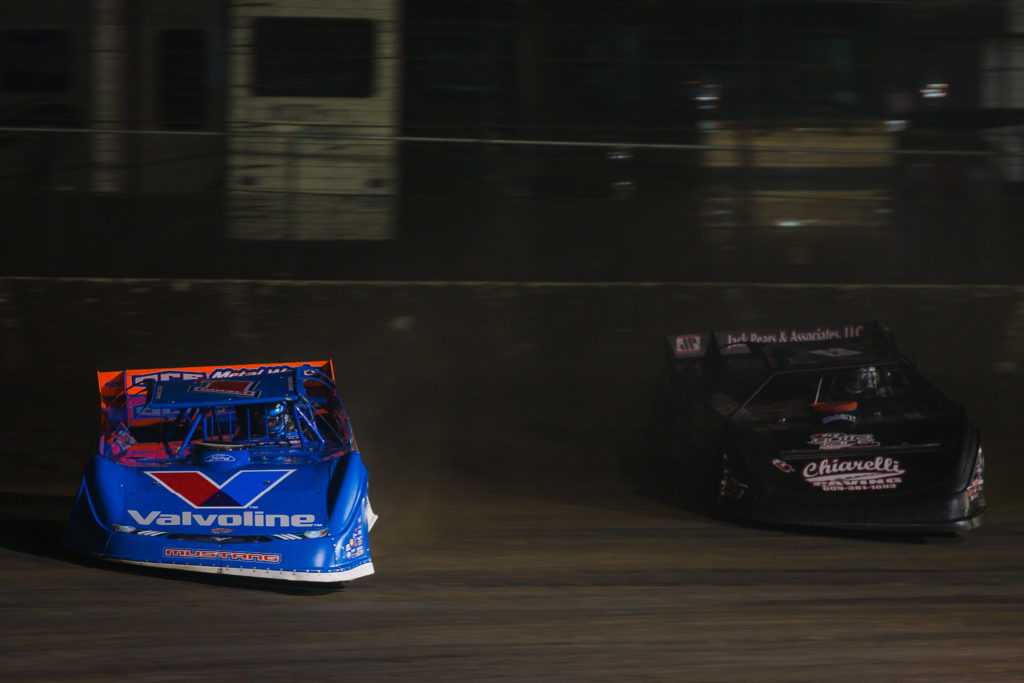 Seven flips of the calendar is all that separates us from the 2021 season opener.

While an early-year trip to the Barberville, FL half-mile is nothing unusual, the fact that this year’s debut is in January is a first. All eight of the previous Volusia season openers have come as part of the DIRTcar Nationals in February, which hosts the 50th anniversary event next month and welcomes the World of Outlaws for four consecutive nights from February 10-13.

Along with last year’s New Year’s kickoff at Vado (NM) Speedway Park, next week’s Sunshine Nationals is only the second event in World of Outlaws Late Model Series history held during the month of January.

The early start to the year will get the ball rolling on the largest, most impressive schedule in Series history. With 58 events at 34 tracks in 16 states on the docket, The Most Powerful Late Models on the Planet will embark on a career-year in 2021, and it all starts at Sunshine Nationals next week.

Leading the charge into Volusia is the three-time and defending World of Outlaws Late Model Series champion, Brandon Sheppard of New Berlin, IL. Picking up where he left off with Rocket1 Racing, The Rocket Shepp is returning full-time in 2021 with his sights set on the record books. While he could equal his predecessor Josh Richards with a historic fourth title, the most notable accomplishment that B-Shepp is chasing this year is the all-time wins record. At the moment, he owns 69 victories to Richards’ best of 77.

The good news for Sheppard? Between Sunshine Nationals (Jan. 14-16) and DIRTcar Nationals (Feb. 10-13), the first seven of 58 races this year all take place at Volusia. The Rocket1 house car driver has won seven of his last 12 attempts at Volusia, including a record-shattering sweep of all four World of Outlaws races at DIRTcar Nationals in 2019.

More ready than ever to challenge the No. 1 is Ricky Weiss of Headingly, MAN and Cade Dillard of Robeline, LA. Both of these surging superstars broke through for their first two career World of Outlaws wins last year and ended up on the championship podium alongside Sheppard. Neither of them have tasted glory at Volusia before, making next week’s Sunshine Nationals the perfect time to snap the streak and get a head start on potentially derailing Sheppard’s title bid.

Also coming back on tour in 2021 is the likes of Darrell Lanigan with a new Rocket Chassis at his disposal, Dennis Erb Jr. on the heels of a career year, Chase Junghans refreshed and reloaded for a run at redemption, Boom Briggs back for more fun, and Brent Larson determined for his most ambitious run with the Series.

With a new year comes new faces to watch, and the 2021 Rookie of the Year class is supplying lots of that. Currently, four drivers have committed to chase the $10,000 rookie bonus in their first year with the World of Outlaws Late Models. Amongst that list of rookies is South Carolina’s Ross Bailes, Iowa’s Ryan Gustin, Missouri’s Tony Jackson Jr., and Pennsylvania’s Ryan Scott.

It all begins one week from today on Thursday, January 14 with the first of three nights at Volusia Speedway Park. Tickets to Sunshine Nationals with the World of Outlaws Late Models, 604 Late Models, 602 Late Models and Florida Late Models can be purchased HERE.

If you can’t make it to the track, you can watch Every Lap LIVE on DIRTVision.