NO DAYS OFF: Full-Time Outlaws Spending Bye Weekend in Action Across Country 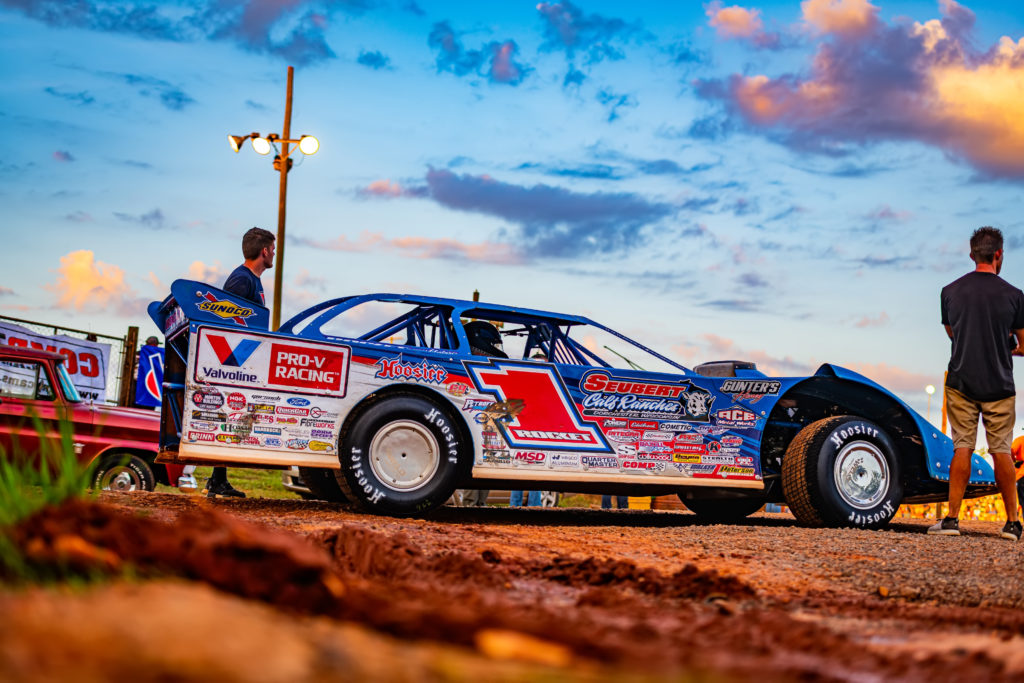 Racing in Nebraska, Kentucky, Illinois, Lousiana, and Pennsylvania this weekend

It’s the final bye weekend before a two-week stint takes the World of Outlaws Morton Buildings Late Model Series through Pennsylvania, South Carolina, and Tennessee down the homestretch of the 2020 season. As expected, the platinum drivers are taking no days off and finding their appetite for racing all across the country this weekend.

Brandon Sheppard of New Berlin, Ill. will return to I-80 Speedway this weekend for the first time since he won $53,000 in the “Silver Dollar Nationals” at the Greenwood, Neb. track in July. The Rocket1 Racing crew is fresh off a $15,000 DIRTcar triumph at Fairbury on Tuesday and now has their sights set on a $30,000 payday with the Lucas Oil Late Model Dirt Series on Saturday night.

Ricky Weiss of Headingly, Man. is planning to make his way to Richmond Raceway, where a $20,059 check awaits the winner of the 33rd annual “Paul Butterball Wooldridge Memorial” at the Richmond, Ky. venue. On the heels of a devastating DNF while contending for the $50,000 Intercontinental Classic title at Eldora, Weiss and his Drydene Performance Products team roll into the weekend with a chip on their shoulder before returning to Outlaw racing next weekend.

Cade Dillard of Robeline, La. is staying close to home this weekend and keeping his cars in the Bayou State. After running his modified last weekend with USMTS at Ark-La-Tex, Thriller will get back to the late model scene this weekend. Pulling double duty, he’ll pilot an MB Customs No. 97 in Super Late Models and Crate Late Models at Revolution Park’s “Hooked Up 50.”

Chase Junghans of Manhattan, Kans. and Darrell Lanigan of Union, Ky. will pause their tight battle for fourth in the World of Outlaws standings as they both join Sheppard in heading for Nebraska’s I-80 Nationals. Offering $7,000-to-win prelims on Thursday and Friday before a $30,000 finale, the Rocket No. 18 of Junghans and Barry Wright ICON No. 29V of Lanigan will look to bring their momentum from top tens at Eldora into the three-day weekend at I-80.

Dennis Erb Jr. of Carpentersville, Ill. is staying in the Illini State for a pair of DIRTcar UMP Late Model events on his home turf. The One Man Band will run for the $5,000-to-win “Ryan Barker Memorial” at Peoria Speedway on Friday night before heading to Sycamore Speedway for Saturday’s $10,000-to-win “Harvest 50.” With four straight World of Outlaws top five finishes plus his 17th-to-fourth run at Eldora, Erb enters this weekend on his hottest streak of the 2020 season.

Scott Bloomquist of Mooresburg, Tenn. will head over to the state of Kentucky for a pair of $5,000-to-win shows this weekend at Ponderosa Speedway on Friday and Lake Cumberland Speedway on Saturday. Driving to a seventh-place finish at Eldora over the weekend, Bloomer brings his Dryden Performance Products No. 0 into the weekend with some added confidence for Team Zero.

Ashton Winger of Hampton, Ga. and Brent Larson of Lake Elmo, Minn. will both be sitting on the sidelines this weekend and taking some time off before returning to the World of Outlaws tour next weekend.

The World of Outlaws Morton Buildings Late Model Series fires back up next weekend with a trip to Pennsylvania at a new track. Making the first-ever series appearance at Thunder Mountain Speedway, “The Most Powerful Late Models on the Planet” will invade the Knox Dale, Pa. facility for back-to-back nights on Friday and Saturday, September 25-26. As always, DIRTVision will broadcast Every Lap LIVE for those unable to make it.