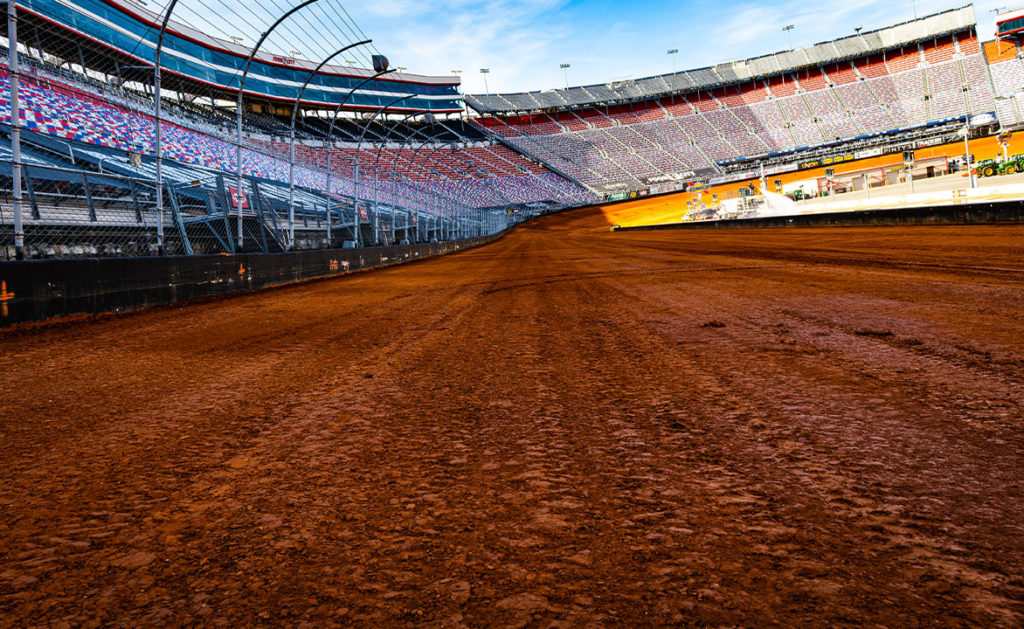 The invites were sent, and all the RSVPs have returned.

The prospective list of drivers attending the historic event include:

Some invites were not accepted as some drivers had other commitments on those dates. World of Outlaws Late Model Series Director Casey Shuman addressed how the invitation process worked.

“There have been a lot of questions on why certain people weren’t invited,” Shuman said. “We looked to invite not only our full-time World of Outlaws teams but also the top-25 drivers across the county, including the DIRTcar Summer Nationals and the Xtreme Late Model Series.”

Some of the tour regulars have already made some laps around the track, covered in dirt for the first time in 20 years.

Ricky Weiss was the fastest in that test session, clocking in with a time of 15.266 sec. , going around the half-mile oval with an average speed of 125mph.

Sheppard’s crew made a lot of changes during that five-hour test session, which is something that many drivers expect to do throughout the weekend. They also expect the two races to be a different animal than what they’re used to.

“The track’s a lot bigger, and a lot different than we usually run on, so you’re going to have to change your car around, and it’s going to have to be kind of like an endurance deal,” Dennis Erb Jr. said.

While the drivers are preparing for those changes, they’re also excited to hit the track, at a speedway with such a rich history.

“Hopefully we come out of there with two cars and have a good finish.”

All drivers will get a practice session on Thursday, April 8, before the Features on Friday, April 9, and Saturday, April 10. Both Feature events will be 40 laps, with $10,000 on the line Friday, and $25,000 to the winner Saturday. The DIRTcar UMP Modifieds will also accompany the World of Outlaws Late Models throughout the event.

While the excitement continues to build for the Bristol Bash, the World of Outlaws Morton Building Late Models are in action the two weekends prior.

The Series will stop at Cherokee Speedway in Gaffney, SC Friday and Saturday, March 26-27, for the inaugural Rock Gault Memorial, paying $35,000 to the winner of Saturday’s race.

Then, the Series returns for the Illini 100 at Farmer City Raceway Friday and Saturday, April 1-3, with $20,000 going to the winner.

For tickets to the World of Outlaws Bristol Bash, go to BristolMotorSpeedway.com.