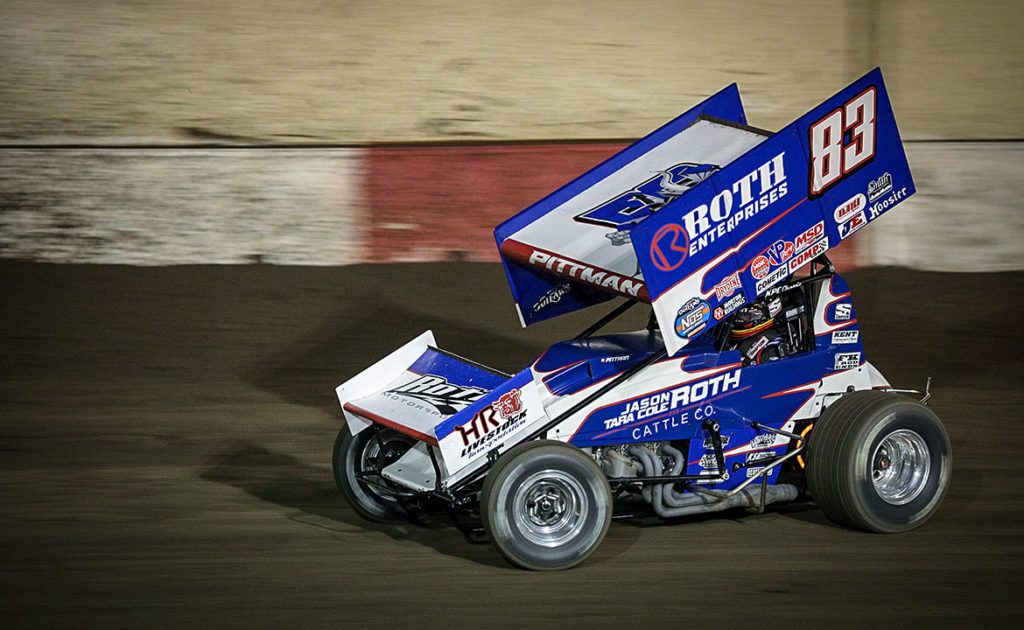 Series stars put on a spectacular show the last time they raced on the 3/8-mile oval track, demonstrating to fans why the World of Outlaws is The Greatest Show on Dirt.

Oklahoma native and current points leader Daryn Pittman earned the victory, but a blanket could’ve been thrown over the top four cars who traded positions throughout the 30-lap Feature. Joey Saldana stayed in Pittman’s tire tracks for the majority of the race, not letting the 2013 Series champion out of his sight. However, driving up through the field behind him was Donny Schatz, who made the pass for second on Saldana in the closing laps of the race.

Pittman and Schatz are sure to put on another thrilling show at the Tucson track, having dominated the opening four races of the Series. Pittman won the two season opening races at Volusia Speedway Park, and the two put on an epic showcase of racing at The Dirt Track at Las Vegas, racing to the checkered flag side-by-side at the finish with Schatz the victor.

Pittman has been hooked up in his new Roth Motorsport ride this year, so far having led the most laps, won the most Features and is leading the points standings — by just four points over Schatz.

But Schatz is also starting to find his stride, working with new crew chief Steve Swenson. After his win in Las Vegas, Schatz said he and his team have gotten his car back to a feel he likes, which may add another level of difficulty to Pittman’s quest for his second champion.

Pittman currently holds the most Series wins at USA Raceway, with two. Schatz has won at the track once in 2006.

After two second-place finishes in-a-row, Grass Valley, Calif. native Brad Sweet is quietly stalking the two champions, sitting third in points. Sweet also knows what Victory Lane at USA Raceway looks like, having won at the track in 2014. He may be able to spoil Pittman and Schatz’s dominance this year, en route to his first win of the season.

Don’t miss a second of the action at USA Raceway, get your tickets by going to WorldofOutlaws.com/tix or call 844-DIRT-TIX. If you can’t make it to the track, be sure to watch the race LIVE on DIRTVISION.com.

Following the Series’ visit to USA Raceway, The Greatest Show on Dirt will make its next stop Saturday April 6 at Arizona Speedway in Queen Creek, Ariz. for the Arizona Desert Shootout.