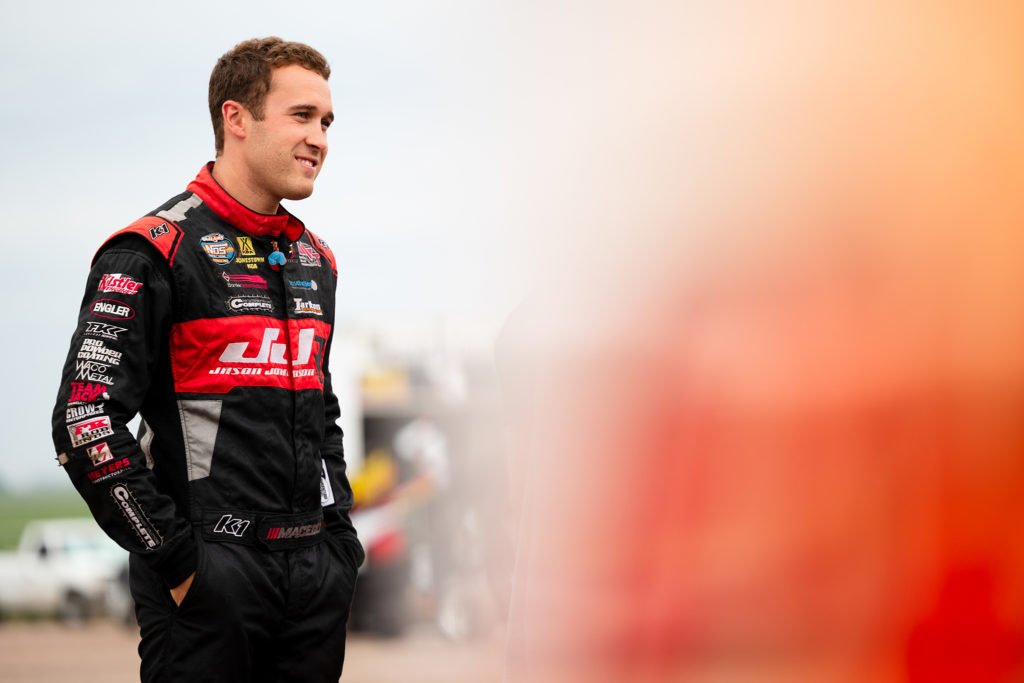 The Jokers Wild was nice and all, but what Carson Macedo really wants is to wear the crown.

Amazingly enough, the Lemoore, CA native has yet to qualify for the Kings Royal. He’s made two previous attempts at the Eldora Speedway crown jewel, but bad luck kept him from the main event on each occasion.

He enters Thursday’s $175,000/Win program fresh off a victory in Wednesday’s Jokers Wild preliminary. It was his first-career win at the Rossburg, OH 1/2-mile, and sends him into tonight’s program with more confidence than ever.

The 25-year-old will have a chance to be crowned King Carson in his first A-Main appearance tonight, which hasn’t been done since Don Kreitz Jr. in 1986.

“The prestige of this race alone is incredible whether it pays $50,000 or $175,000,” Macedo said. “Winning a Kings Royal would be huge, I mean it’s one of the marquee events on our schedule. The fact that it does pay $175,000 to win is pretty badass, though. Hopefully we can put on a show and be as good as we were last night.”

Macedo makes his third attempt at the July spectacular tonight with his third different team.

Since joining the team in February, Macedo has turned up the wick and turned in a career-best season with the World of Outlaws NOS Energy Drink Sprint Car Series.

At the halfway point of the 2021 campaign, he’s already racked up six victories and currently sits second in the championship chase behind Brad Sweet.

“I’m thrilled for my JJR guys,” Macedo mentioned. “This team is firing on all cylinders right now. We’ll see where the cards fall for the big race. All I can do is give it my all. Having the speed we had last night to win from sixth is definitely a confidence booster when you look at this format.”

The format will be a crucial deciding factor in Macedo’s success or lack thereof tonight.

“I just feel like the format for Kings Royal has been, I don’t want to make excuses, but in a way it’s about luck,” Macedo continued. “I blew up in Qualifying one year, then I think I blew a tire in the Heat and dropped to the C-Main. The format here is just so different with the huge invert playing a key. Positioning yourself is hard to do here. How do you pick the perfect spot? Do you wanna be front row and win your heat or time good and come from sixth? I’ll talk it over with Phil and we’ll see what happens.”

Macedo’s pursuit of the crown comes tonight as the 38th Kings Royal and its $175,000/Win purse draws a massive field of entries to Eldora Speedway. Following tonight, Macedo will get a second chance at the throne on Saturday when the 37th running goes green for another $175,000 payday.