Returning to Normality After Tragedy 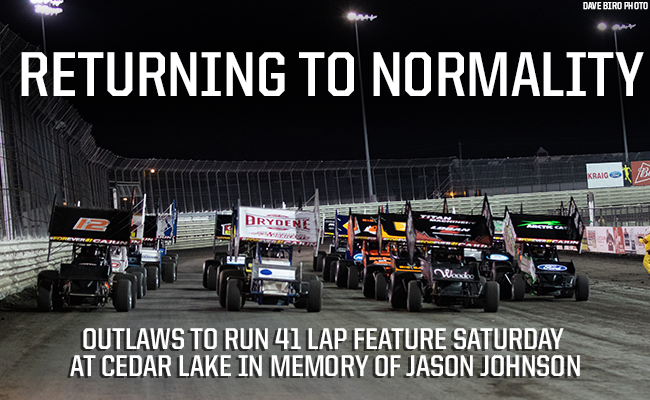 Returning to Normality After Tragedy

“It’s been a very shocking week,” Schatz said in Victory Lane after saluting the crowd with a 4-1 in the Series’ first race since the tragic loss of Jason Johnson. The racing community has been in mourning since that night, but Friday evening at the Sprint Car Capital of the World, the racing community came together to honor Jason’s legacy in the most fitting way possible: by simply racing.

“[Friday] was probably one of the first nights I ever asked myself, when I put this suit on, ‘why?’ And when I hit the fuel switch, it’s the only thing that really cures you. It’s the only place I really feel safe. This is what I love to do. This is what everyone out here loves to do,” an emotional Schatz said.

It was an emotional night at Knoxville with fundraising for the Johnson family, tribute videos, standing ovations, and of course, the Missing Man formation in the traditional 4-wide salute, all in honor of Jason Johnson. Although it was not mandatory, all 24 cars that qualified for the Feature sported the Forever 41 Cajun wing cap in lieu of their name.

The Series continues its 40th Anniversary Season this weekend with Johnson in all hearts and minds at Cedar Lake Speedway in New Richmond, WI with the running of the FVP Platinum Battery Showdown. The two-day event falls on Johnson’s birthday, July 7. In honor of the much-loved Eunice, LA driver, and in celebration of his 41 years of life (he would have turned 42 this month), the Series will run a 41-lap Feature on Saturday night.

Tickets for the FVP Platinum Battery Showdown at Cedar Lake Speedway are available online. If you can’t make it to the track, be sure to watch every lap live on DIRTVision.com.