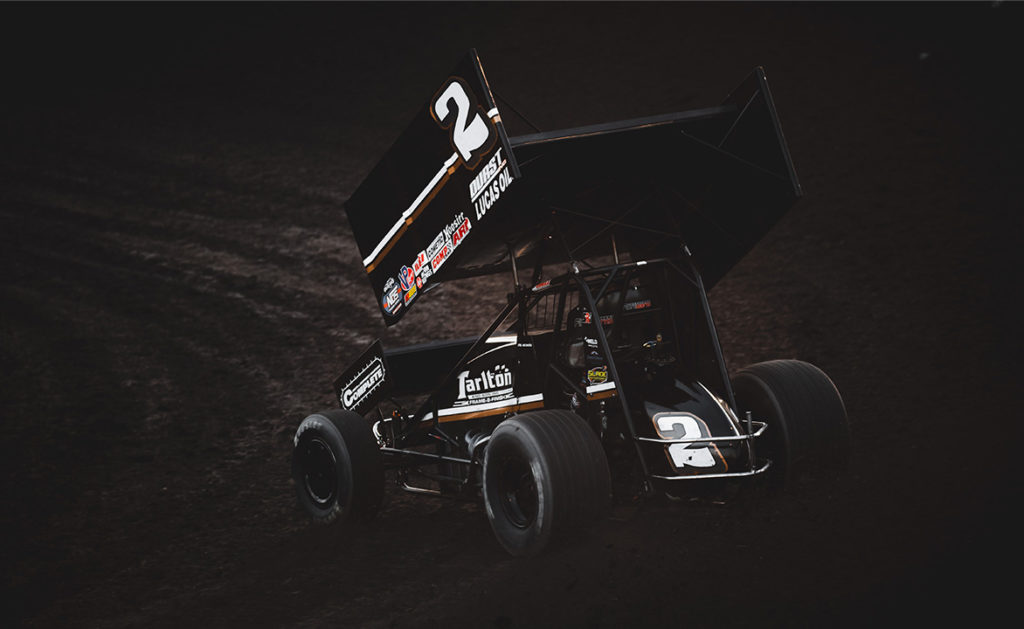 Kyle Larson Racing will close down at the end of the 2020 World of Outlaws NOS Energy Drink Sprint Car Series season after seven years in the sport.

The team was birthed as Larson Marks Racing in 2013 – with Justin Marks as an initial co-owner – before Larson took full ownership of the team in 2018.

Shane Stewart was first hired to drive the team’s #2 car and brought them to Victory Lane with the World of Outlaws 28 times between 2014 and 2018. Larson then tabbed fellow Californian Carson Macedo to pilot the KLR #2 car in 2019. Macedo has earned five victories with the team and claimed the 2019 Rookie of the Year honors. He’s currently poised to finish fifth in the 2020 championship standings.

Larson has released a statement on his decision to close the team: 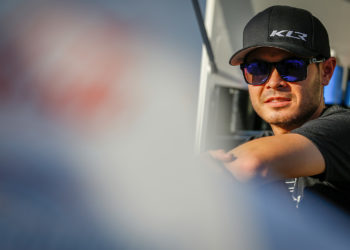 We have made the very tough decision to close Kyle Larson Racing (KLR) upon the conclusion of the 2020 season. It has been a difficult year for everyone amid COVID-19, which is one of a handful of factors that led to this choice.

My commitment to sprint car racing, and grassroots racing as a whole, remains as strong as ever. Owning a World of Outlaws Sprint Car Series team brought me great satisfaction. It was a thrill to compete as an owner, and I am blessed and honored to have had the opportunity.

As sad as this moment is, we’re thankful of the support of so many great partners. All were crucial in allowing us to finish the season with our driver, Carson Macedo, and the entire No. 2 team.

I always told myself that if I ever got the chance to own a sprint car team, I wanted to give someone an opportunity like I had. I saw that in Carson – a California kid just like me who loves dirt racing and drives hard every single night. We’re incredibly proud of Carson and everything he’s accomplished while racing for KLR, and we wish him all the best as he continues his career.

You can’t win races without a stellar crew behind you, so a big thank you goes to Joe Gaerte, Trey Bowman and Patrick Dudzinski for the tireless work they’ve put in day after day. I know what a grind the schedule can be, and our guys are some of the best in the business.

Getting into team ownership didn’t just happen. There is a long list of great people and partners who made all of this possible. First is Justin Marks, as we both shared a passion for winged sprint car racing. Justin pulled me into team ownership in 2013 as a partner with Larson Marks Racing. LMR turned into KLR in 2018, and our World of Outlaws team wouldn’t have been possible without great sponsors in Tarlton and Son Inc., Complete Parts & Equipment Solutions, GoPro Motorplex and Lucas Oil. Many other partners helped along the way, including Durst, Weld Wheels, SRI Performance, Allstar Performance and Howard Johnson Lima (Ohio). 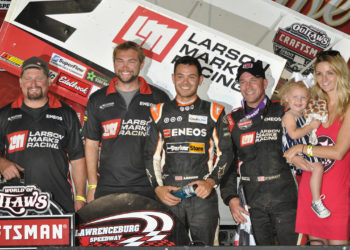 Additionally, I want to thank the World of Outlaws for everything they do. It truly is the Greatest Show on Dirt. I will always be a huge supporter of the tour, and I thank them for allowing me to be a part of their series, both as an owner and as a driver. While I will no longer be an owner in the series, I will continue to be out there racing whenever I can in the No. 57 car for Silva Motorsports.

Lastly, I want to thank the race fans for your unwavering support of Carson, our KLR No. 2 car and me. Competing in the World of Outlaws is such a rewarding experience because of the enthusiasm you have for the sport and its personalities. It’s something myself and my family have always appreciated and will never take for granted.