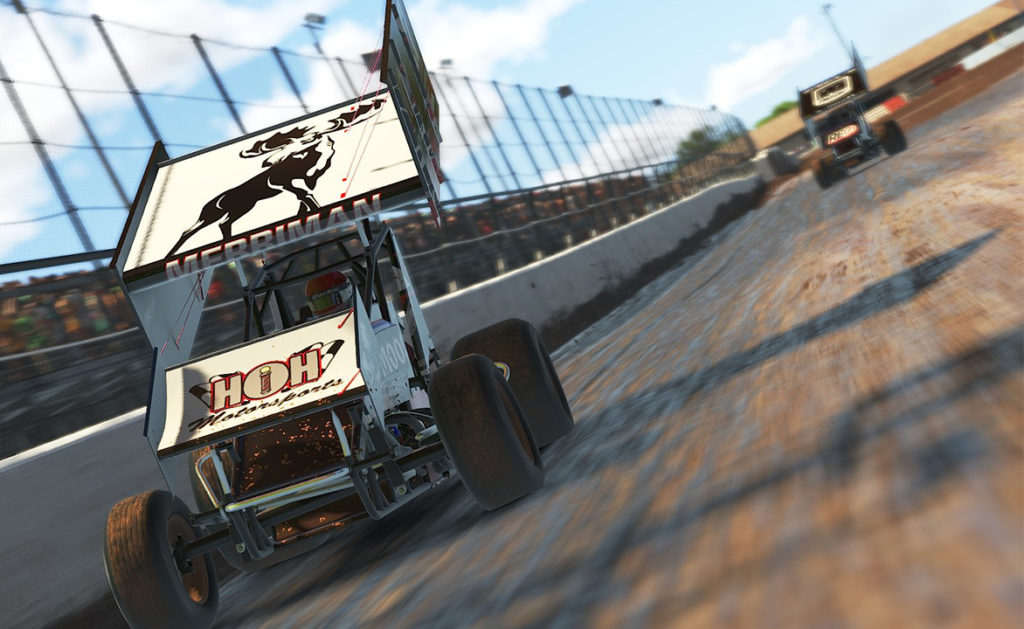 After two rounds of action in December, the iRacing World of Outlaws NOS Energy Sprint Car World Championship will settle its 2020-21 season in January with four straight Mondays of racing action. The first of those four rounds will see the Series visit Cedar Lake Speedway for the first time tonight, with a close championship battle headlining the action.

The Wisconsin-based track – a recent dirt oval added to the iRacing platform – is a 3/8-mile clay oval that slots perfectly in length between the quarter-mile bullrings and larger half-miles that represent the two extremes of the Series. Built in 1957, and home to the real-world World of Outlaws Independence Day Spectacular this July, the track boasts a real-world lap record of 10.775 seconds, set by Terry McCarl in 2004.

If any of the 35 drivers in the virtual series are poised to take that record down, or become the first to etch their name in the virtual Cedar Lake record books, it’s likely to be either Alex Bergeron or Hayden Cardwell. Contact between the duo two weeks ago in the Series debut of Weedsport Speedway knocked both drivers off the podium, with Cardwell’s fourth-place run good enough to give him a four-point championship lead over Bergeron, who finished sixth.

As the Series closes in on its finale at The Dirt Track at Charlotte, the biggest question is whether Bergeron, the two-time defending champion, will need to be physical on track to regain the points lead from Cardwell, the defending Late Model champion and a Sprint Car rookie.

But while those two have socially distanced themselves from the rest of the field, there’s still plenty to race for among the rest of the field. Cameron Merriman was the beneficiary of the battle at Weedsport, taking his first career series win and jumping to ninth in points. Kendal Tucker and Tim Ryan are separated by just nine points in third and fourth, while it’s altogether possible that Tyler Ducharme, James Edens, Tyler Schell, and Nick Cooper could flip the fifth through eighth place spots tonight.

DIRTVision is the new home of the iRacing World of Outlaws NOS Energy Sprint Car World Championship for the 2020-21 season. Fans can visit www.dirtvision.com and register for a free account to watch every race of the season for free on Monday nights at 9pm(ET).

Tonight’s iRacing World of Outlaws NOS Energy Sprint Car World Championship action from Cedar Lake Speedway kicks off at 9pm (ET) on DIRTVision. The series returns to action next week at Kokomo Speedway, which makes its return to the schedule for the first time since 2019. For more information on iRacing and for special offers, visit www.iracing.com.