HITTIN’ THE ROAD: Rico Abreu to Run Majority of 2022 World of Outlaws Season 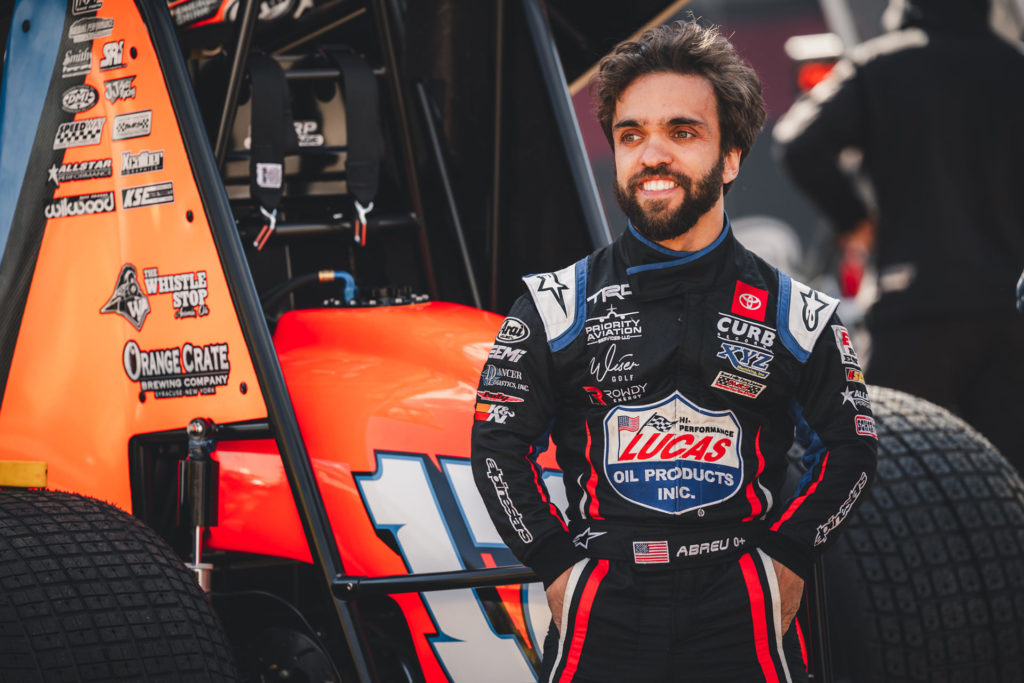 Fan Favorite Schedules 60+ Races with The Greatest Show on Dirt

Rico Abreu will face a new challenge in 2022 as he prepares for the largest campaign of his career with the World of Outlaws NOS Energy Drink Sprint Car Series.

The St. Helena, CA native is slated to run 80% of the schedule next year including iconic events such as the Knoxville Nationals, Kings Royal, Historical Big One, National Open, High Bank Nationals, World Finals, and much more, all LIVE on DIRTVision.

“The biggest thing is the World of Outlaws are the best, it’s that simple,” Abreu noted. “It’s the best drivers in the world, they bring the most fans to the races, and they pay the best all throughout the field.”

An eight-time winner with The Greatest Show on Dirt, Abreu’s victories are spread between two Gold Cup titles (2016, 2018) at Silver Dollar Speedway, two Ironman 55 titles (2016-17) at Federated Auto Parts Raceway at I-55, two additional wins at Tulare Thunderbowl Raceway, and one win apiece at Stockton Dirt Track and Arizona Speedway.

At 29-years-old, the ever-popular superstar has amassed more than 200+ Feature starts with the Series and enters 2022 only four shy of hitting 100 top-10 finishes. He’s been a mainstay in Sprint Car / Midget racing for the past decade, but hasn’t had all the pieces of the puzzle to go completely full-time. He hinted that this is the next step in eventually getting there, though.

“I think this is my 11th season now and I haven’t ran a full-time World of Outlaws schedule yet because I feel like I’ve been working the past six years or so to put together a team that can accomplish that,” Abreu elaborated. “It’s important that everything is done properly and I’m working towards that direction, but we’re not entirely there.”

Ricky Warner, one of the most successful crew chiefs in the history of Sprint Car racing, will join Rico Abreu Racing ahead of this loaded 2022 schedule.

From his early days with Tyler Walker to winning hundreds of races with Donny Schatz, “Tricky Ricky” is noted as arguably the greatest wrench-spinner of his era. Lessons from legends including Karl Kinser, Kenny Woodruff, and Daryl Saucier eventually paid off in the form of 10 World of Outlaws championships and 10 Knoxville Nationals titles for the Carlisle, PA native.

The other angle of Rico’s hopeful goal to become a full-time Outlaw is delivering the results to companies like Lucas Oil Products, Rowdy Energy, and Curb Records, who have backed him for years.

“You know I’ve brought on huge corporations and they deserve not just the promotional and marketing side to their product, but they deserve the results too,” he mentioned. “I haven’t been in that position to commit to that, but this is building to there.”

The 2022 World of Outlaws NOS Energy Drink Sprint Car Series season begins in less than two months at the 51st DIRTcar Nationals held at Volusia Speedway Park in Barberville, FL. The Greatest Show on Dirt will battle for three nights from Thursday, February 10 to Saturday, February 12 and TICKETS ARE AVAILABLE HERE.

For fans unable to make it to the track next year, you can watch every event LIVE on DIRTVision.