Duel in the Dakotas 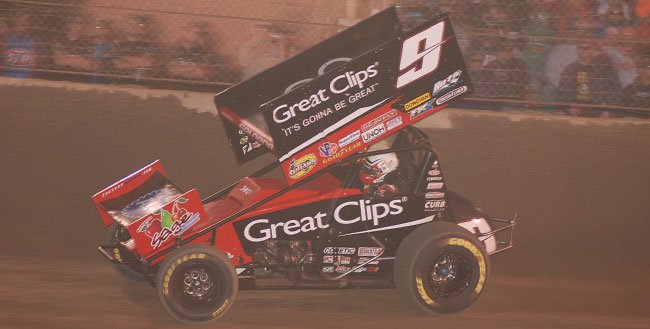 River Cities Speedway to Host World of Outlaws on June 15

The high-banked oval, which is officially sized at four-tenths of a mile, hosts the World of Outlaws Sprint Car Series for a pair of events this season. The first stop is Friday, June 15, for The Duel in the Dakotas.

Jason Meyers established the track record of 9.269 seconds in 2009, making it the fastest track the World of Outlaws will compete on this season. For Saldana, who relishes the high-speed and high-banked facilities, River Cities reminds him of a track he grew up competing on.

“If anything, it reminds me of Bloomington (Speedway),” he said. “I started racing at Bloomington. There’s no wall around it except the front straightaway. If you go off the track, it’s pretty crazy because it’s a drop off.

“It’s a cool place. They definitely get a lot of fans and they support it.”

Craig Dollansky has won a series-best three times in the nine career World of Outlaws features at River Cities Speedway. Steve Kinser, who won the last event at the track, has two wins, along with Tony Stewart Racing teammate Donny Schatz.

Those four drivers – the only to win an Outlaws show at River Cities Speedway – are currently in the top five of the World of Outlaws championship standings, along with veteran Sammy Swindell.

The Outlaws will also compete at River Cities Speedway on Friday, Aug. 17.

A special two-event package and Pit/Combo tickets are available in advance only (includes a reserved seat and a pit pass) by ordering online at SLSpromotions.com or by calling 1-815-344-2023 between the hours of 8 a.m. and 5 p.m. (Central) Monday thru Friday.