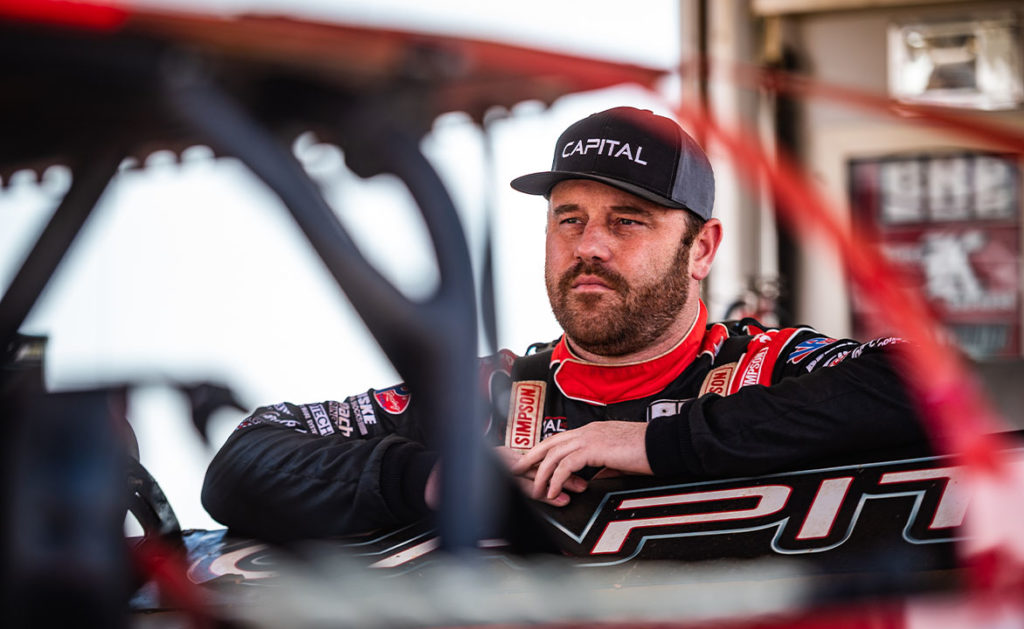 The Decorah, IA driver is tied for fourth in points after 10 races

As the World of Outlaws Morton Buildings Late Models swing through the month of April, another driver has joined the Series full-time.

Tyler Bruening is the latest addition to the 2021 tour, signing on after maintaining a top-five points position throughout the early stage of the year.

Joining the full World of Outlaws tour for the first time is something that gives the Decorah, IA driver a sense of accomplishment.

“It’s a dream come true,” Bruening said. “When we first started, we never dreamed of making it this far.”

Running the full Series schedule wasn’t originally part of his plans in 2021. But after a few good runs, Bruening and his team had to take a closer look.

“It’s just gone so well, and we’ve been running so strong that we really had to re-think what our plans were for this year,” he said. “That’s when we decided to jump on board.”

The Bruening team has the opportunity to take a different approach when they enter the racetrack. They’re the only ones with a true teammate on tour.

The Skyline Motorsports team consists of Bruening, and 2015 Series Champion Shane Clanton. Bruening understands the importance of having “The Georgia Bulldog” next to him in the pit area every night.

“A lot of times we go to tracks I’ve never been to, so that’s when it really comes into effect,” Bruening said. “He’s been all over the world, so it helps out a bunch.”

He’s also getting advice from Clanton on what to do inside the car, like keeping an eye on track conditions throughout the night.

“It’s really helped me progress by taking away that learning curve, so it’s been a huge advantage for us and we’re just trying to use it the best we can,” Bruening said.

As the World of Outlaws Morton Buildings Late Models get into the meat of its 2021 schedule, there’s a few tracks the Hawkeye State driver looks forward to visiting. That includes a couple close-to-home races next month.

“We’ve got Boone [Speedway] coming up here in a couple of weeks, and [Mississippi Thunder Speedway] is one that’s up around the house,” Bruening said.

“I haven’t really raced [Mississippi Thunder] much but I’m excited to race around home. It’s just so my family and friends that normally watch on TV can come see us in person and experience the race firsthand.”

While any driver that runs the Series wants to win a championship, Bruening has a goal of staying consistent.

“Last year was pretty up and down for us,” he said. “We had pretty good speed all year, I just feel like we had bad luck.

“I really just want to be consistent and rack up those top-10s, be competitive and finish strong throughout the season.”

After 10 races this season, he’s finished in the top-10 five times. Through his career with the Series, Bruening has made 35 starts and collected two top-fives and 11 top-10s in total. He’s still on the search for his first win, though.

Bruening is currently tied for fourth in the points standings with Kyle Bronson, 72 points behind three-time and defending champion Brandon Sheppard. He’s also in the hunt for Rookie of the Year, trailing Kyle Strickler by 50 points.

You can see Bruening and the rest of the World of Outlaws Morton Buildings Late Models at Richmond Raceway in Richmond, KY April 23, and Brushcreek Motorsports Complex in Peebles, OH April 24.