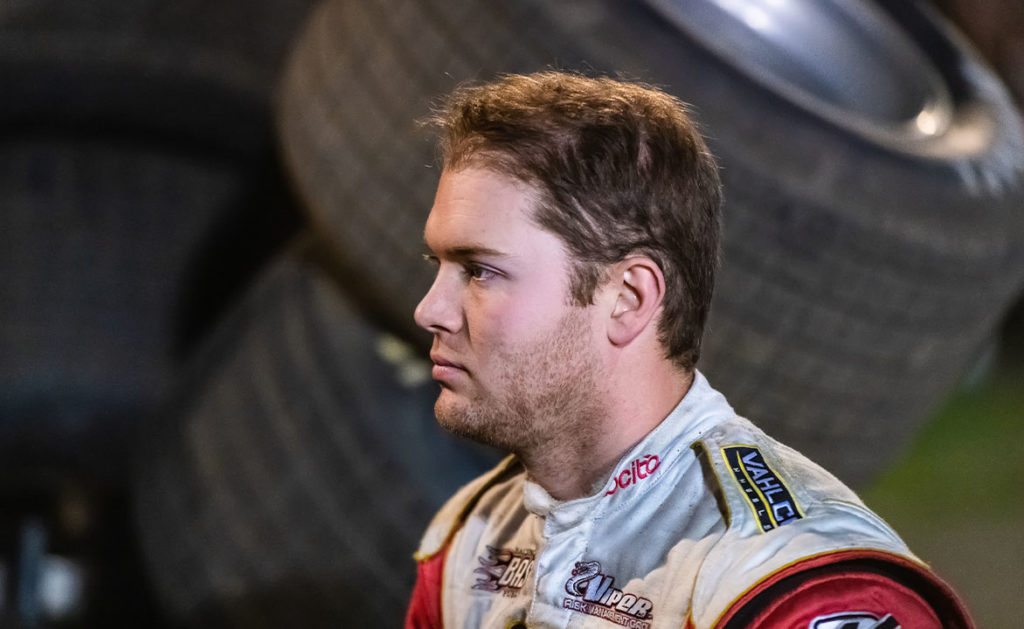 Bobby Pierce has accomplished many feats throughout his Late Model career, including winning the World 100 at Eldora Speedway. But there’s one race in his home state that’s eluded him: The Prairie Dirt Classic.

The 100-lap, $50,000-to-win, event at Fairbury Speedway attracts some of the biggest Late Model drivers in the country. It’s an event the Oakwood, IL driver has circled on his schedule every year.

“It’s a very big race, it keeps getting bigger, and it’s a very popular race too; the fans eat it up,” Pierce said. “Fairbury is one of those tracks, and it’s going to be very exciting for the most part.”

Even though Pierce has yet to reach Victory Lane in the prestigious event, his family has the Pierce name etched on the walls. His father, Bob, has won the race five times—more than any other driver.

Bob’s triumphs only add to his son’s hunger for victory.

“My dad, he’s won it several times, obviously, before it got as big as it is now, but it still was a very big race back then,” Pierce said. “It’s one of the very few big races he’s won that I haven’t won yet.”

Pierce came close to the elusive victory in 2019, leading until the final lap when three-time and defending Series champion Brandon Sheppard passed him for the win. “The Smooth Operator” stated he was lucky to have a chance at Victory Lane because of power steering problems that plagued him throughout the night.

“The longer the race went under green, the worse it got,” Pierce said.  “We ended up finding afterward it was the little power steering tank, the cap on it, there’s a little washer on the cap, and that cap basically sunk to the bottom of the tank and basically clogged up the hole, so it wasn’t getting any fluid.”

Sheppard pulled a slide job on Pierce in the final corner, sending him into the wall and dropping the “Smooth Operator” to a third-place finish.

“It definitely sucks [Sheppard] was there to capitalize on it because I feel like if we didn’t have those mistakes, we probably could’ve walked away with a win pretty easily,” Pierce said. “But it’s one of those deals that just a teeny cheap part can cost you a win.”

One reason the Prairie Dirt Classic could play in Pierce’s favor is its 100-lap distance. The first two World of Outlaws victories of his career came this year at Farmer City Raceway and Boone Speedway – both events longer than 50 laps.

“I love the 100-lap races; it gives me plenty of time to get where you need to be, you can come from the back, and it’s enough time to sort out the best cars,” Pierce said.

Pierce is riding a wave of momentum into Fairbury, having won 11 times with the DIRTcar Summer Nationals and currently leading the points. One reason for his success is the approach his team takes each race.

“We’ve got a pretty decent team right now, and we’re staying focused with it and going from race to race and trying to win as many of these as we can,” Pierce said.

It’s an approach that could be key to Pierce grabbing his elusive first Prairie Dirt Classic win. If he finds Victory Lane, he’ll put his name next to some of the best Late Model drivers in Illinois and add another accomplishment to his career.