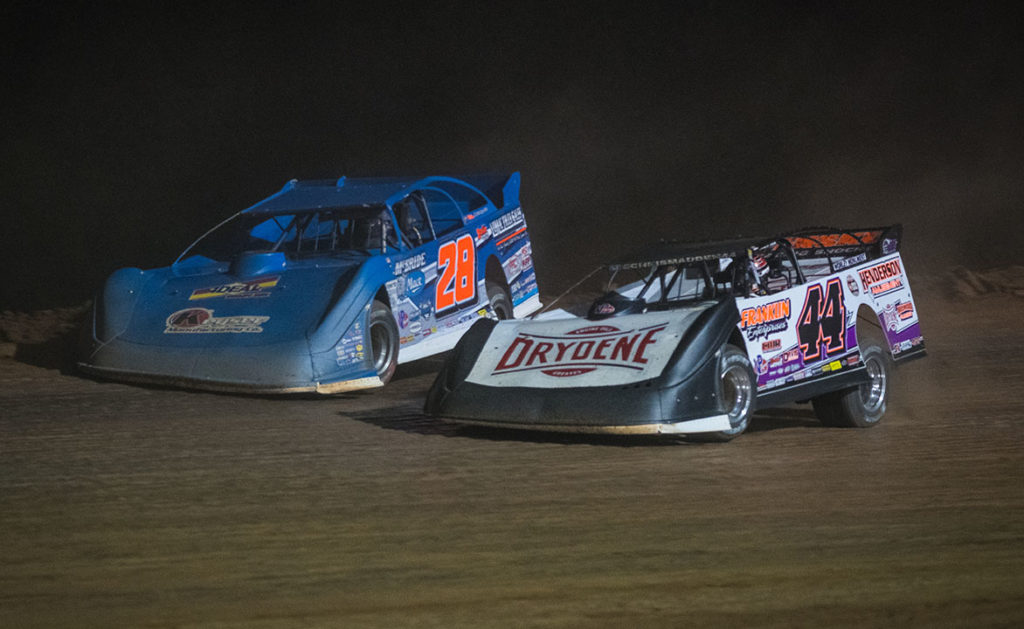 $30k is on the line between two Features at Jackson Motorplex

The World of Outlaws Morton Buildings Late Models are one week away from kicking off a six race swing through three states. It starts when the Series visits Minnesota for the first time this season on July 9-10 at Jackson Motorplex in Jackson, MN.

The Most Powerful Late Models on the Planet will run two complete shows starting with a 40-lap, $10,000-to-win Feature on Friday, July 9. Then, the Series returns to Jackson Motorplex on Saturday, July 10 for a $20,000-to-win 50-lap Feature.

Fans can enjoy a pre-race party, including happy hour in the beer garden, music, cornhole, and a driver meet and greet on Saturday afternoon.

Camping is available to fans at the track with hundreds of hookups available.

Once the World of Outlaws finish their doubleheader at Jackson Motorplex, they’ll head north to Gondik Law Speedway in Superior, WI for their first midweek show of the season on Tuesday, July 13.

A trip to North Dakota starts the weekend on Friday, July 16 at River Cities Speedway in Grand Forks. Then, the Series heads back to Minnesota for a trip to I-94 Sure Step Speedway in Fergus Falls, MN on Saturday, July 17. The final race of the weekend is the Rumble at the Red Cedar at Red Cedar Speedway in Menomonie, WI on Sunday July 18.

Brandon Sheppard’s quest for a fourth championship continues during the Northern swing, as he tries to fend off challenges from his biggest rival Chris Madden. The New Berlin, IL driver leads Madden by 58 points.

Fans will also have a front row seat to the chase for Rookie of Year between Tyler Bruening and Ryan Gustin. Bruening is currently the top rookie—136 points ahead of Gustin. Both drivers are looking for their first World of Outlaws victory, as well.

Brent Larson, of Lake Elmo, MN is another driver searching for his first Series triumph. He’ll have two chances to find Victory Lane in his home state during the six race swing.