CROWN JEWEL CONFIDENCE: Weiss shines on night one at Eldora 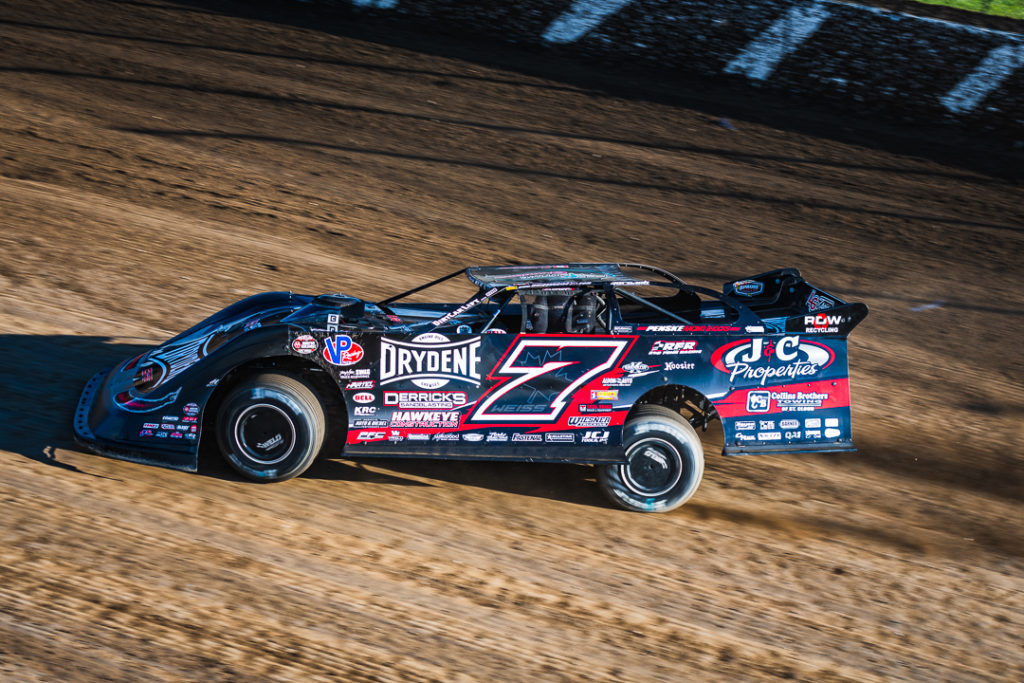 In a two-day show where every lap matters, a good start on night one can make or break you. For World of Outlaws Morton Buildings Late Models driver Ricky Weiss, it puts him closer to finding a “Dream-Like” Victory Lane.

The Headingly, MB campaigner finished fourth in the first of two $10,000-to-win Features Wednesday during the preliminary night of the DIRTcar sanctioned 27th Dirt Late Model Dream at Eldora Speedway.

While he was happy with the finish, “The Manitoba Missile’s” stout Qualifying run [6th in Group A] put him in a good position.

“Qualifying is everything in this sport,” Weiss said. “We have a pretty good baseline here, and we’ve just been trying a lot of things so when we unloaded, confidence was everything.”

The good Qualifying run led to a Heat Race win and propelled him to a top-five after 25-laps. Weiss also learned a lot going into Thursday’s racing program.

“We did some things that we really needed to know whether it was good or not on [Wednesday],” Weiss said. “We took a bit of a gamble and it probably cost us a few positions early, but then we made them up at the end.”

“[My crew] knows what we can do to make this thing better, and they’re already talking about what we need to do [Thursday].”

Weiss was the standout of the World of Outlaws tour regulars in the field with a fourth-place finish. The Headingly, MB driver was the only one to finish in the top-10.

Despite that, Boom Briggs was still a bright spot in the second Feature. The Bear Lake, PA driver started 18th and drove up to 11th.

“I’m pretty sure we passed the most cars in the Heat Race and in the Feature,” Briggs said.

Briggs hadn’t been to Eldora Speedway in 12 years up until two weeks ago. He thinks it could’ve been an even better night if he didn’t struggle during Qualifying.

“I got us behind in Qualifying with the wrong shock and spring package, but I fixed it for the [Heat Race],” Briggs said.

“We got some momentum going for [Thursday], the car is good. We’re pretty happy, we just have to do some tire work and maintenance to do, and hopefully, we can make the big race.”

Briggs, Weiss, and the rest of the tour regulars return to Eldora Speedway on Thursday to try and qualify for the 27th Dirt Late Model Dream, paying $127,000-to-win.