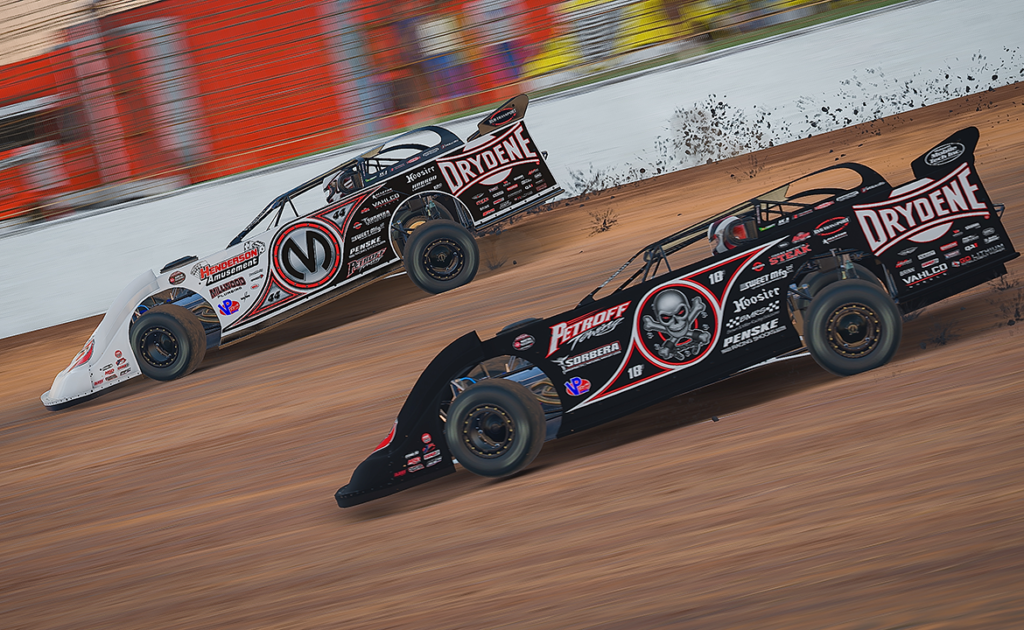 CONCORD, NC — Another exciting virtual World of Outlaws week is well underway with a number of iRacing events, historic video and social media interaction to remain on top of the latest with the World of Outlaws Morton Buildings Late Model Series.

After the Sprint Cars take on Knoxville Tuesday on DIRTVision, Wednesday night it’s the best-of-the-best in World of Outlaws Morton Buildings Late Model iRacing competition at Knoxville for the nationally televised presentation of the World of Outlaws iRacing Invitational at 8 p.m. ET, live on FS1. A unique roster of 20 Late Model iRacers will join the World of Outlaws NOS Energy Drink Sprint Car iRacing field for an action-packed virtual doubleheader of Features-only competition – 50 laps and $1,000 to the winner.

Friday night brings another special presentation to DIRTVision – the third installment of the Late Model Watch Party presented by Morton Buildings. Two races from Tennessee are on the docket; the tour’s visit to Volunteer Speedway in 2007 and the final visit to The Dirt Track at Memphis Motorsports Park in 2005.

Following the races, hear from the key players, including legends like Chris Madden and Jimmy Owens, who will join host Dillon Welch in the DIRTVision studio.

Throughout the week, keep an eye on the World of Outlaws social channels for unique bits of shareable content, live driver interactions and updates from each of the iRacing events.