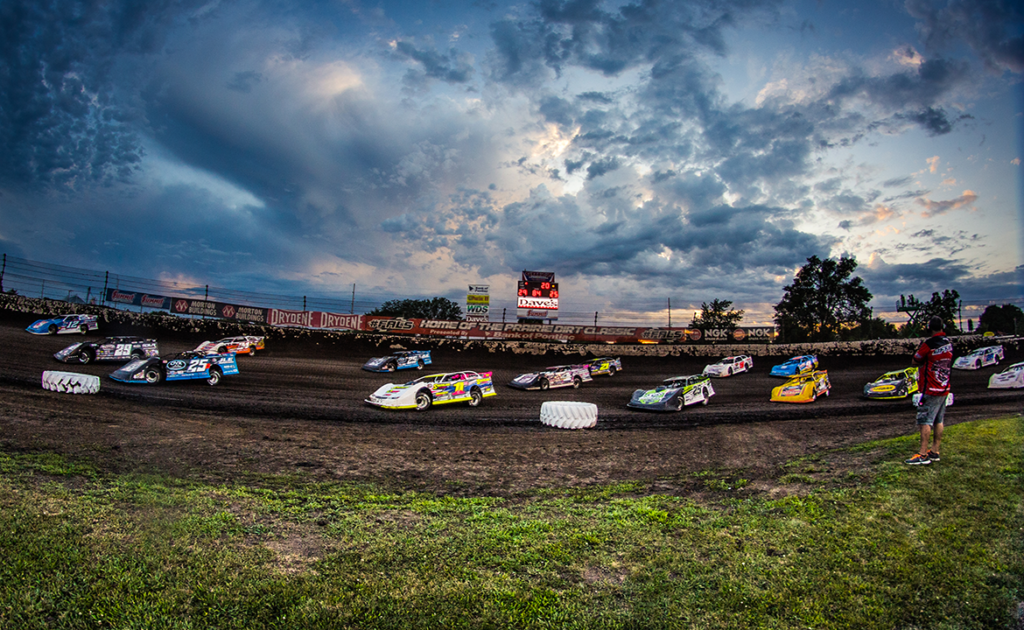 Fans have been watching the World of Outlaws Morton Buildings Late Model Series in person and on DIRTVision in 2019 as points leader Brandon Sheppard is having an historic season with Ricky Weiss attempting to become the highest finishing rookie of all-time, but with one eye on the championship the other is starting to glance toward the 2020 campaign.

A look ahead to several of the key events on the 2020 tour schedule sees major races spread out over nearly every month next year, including back-to-back $50,000-to-win races, two deep-paying events to open the season, a $30,000-to-win staple in June and a number of $15,000-to-win specials:

BATTLE AT THE BORDER
The 2020 World of Outlaws Morton Buildings Late Model Series schedule will kick off with the inaugural “Battle at the Border” at the newly constructed, state-of-the-art Vado Speedway Park in Vado, NM, on Jan. 2-5.

More than $130,000 will be on the line during the four-night event, opening with a full practice session Thursday, Jan. 2 for teams to shake down their new equipment. Three separate points races will follow, including two $5,000-to-win Morton Buildings Features, culminating with the $15,000-to-win, 50-lap main event on Sunday, Jan. 5. Never before has a World of Outlaws season kicked off as early in the calendar year, or as far west, as this brand-new event.

The Morton Buildings Late Models will hit the track on Wednesday, Feb. 12, and continue through Saturday, Feb 15, for four 50-lap, $10,000-to-win races, run in conjunction with the three races at Vado Speedway Park to create a best-three-of-seven series at the year’s first two events.

13th ANNUAL ILLINI 100 presented by DOUGLAS DODGE
Offering up another special event format for the Outlaws to tackle, Farmer City Raceway will host another 25-lap, $6,000-to-win Morton Buildings Feature on April 3 before the 75-lap, $15,000-to-win finale on Saturday, April 4.

14th ANNUAL FIRECRACKER 100
Pennsylvania’s richest Dirt Late Model race returns to the Lernerville Speedway in 2020, where “The Most Powerful Late Models on the Planet” will come into town on June 25-27 for a three-night racing party.

31st ANNUAL PRAIRIE DIRT CLASSIC presented by BANK OF PONTIAC
It will definitely be hard to top this year’s edition of the most prestigious Dirt Late Model race in Illinois, but offering up a $50,000 winner’s share is certainly a great start. #PDC2020 hits the track for a two-day weekend on July 31-Aug. 1 at America’s Dirt Track, Fairbury Speedway. A record-breaking car count in 2019 will foster an even bigger field for the big jackpot next season.

Standing as one of the more interesting race formats the Outlaws will see all season, the event will consist of a 50-lap, $10,000-to-win Morton Buildings Feature on Thursday night, followed by Saturday’s qualifying events and the FANSFund dash on Friday night. Last Chance Showdowns and the 100-lap finale will headline Saturday’s action in The Badger State.

CAN-AM WORLD OF OUTLAWS WORLD FINALS
We’re only a few weeks away from this year’s Can-Am World Finals Nov. 7-8-9 at The Dirt Track at Charlotte Motor Speedway, but fans can already put the 2020 dates in their calendar as the season’s championship weekend for the World of Outlaws Morton Buildings Late Models, World of Outlaws NOS Energy Drink Sprint Cars and Super DIRTcar Series will be Nov. 5-6-7, 2020. It’s the can’t-miss culmination of a year’s worth of hard work, blood, sweat, tears and joy.