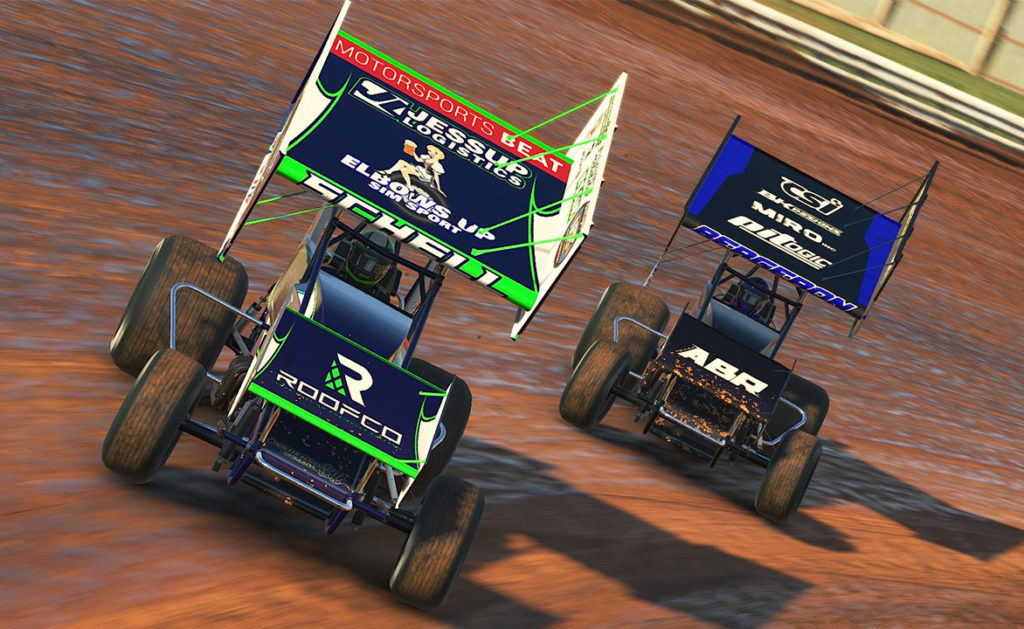 For eight weeks, two-time defending iRacing World of Outlaws NOS Energy Sprint Car World Champion Alex Bergeron and former Late Model World Champion Hayden Cardwell were neck and neck in the series’ 2020-21 title chase, rarely finding themselves separated by more than 10 points. All it took was one first-lap mistake at Williams Grove Speedway on Monday night to change that.

In a race where a different crop of drivers from the norm managed to score Heat victories, Cardwell made contact with the inside wall on the first lap of the 35-lap Feature while hunting down Bergeron to plummet to the back of the pack with damage. That allowed the Canadian to focus on chasing down the lead, but in the end, it wasn’t enough to get past Tyler Schell for the checkered flag.

For Schell, it was his first career series victory, on the heels of a consistent season that has seen him in the thick of the top-10 in points throughout the campaign. With the win, he jumped to sixth place, putting him within four points of the top-five and with a mathematical shot at finishing as high as third after next week’s finale at The Dirt Track at Charlotte. To do it, he had to first get past polesitter Lewis Hewett, and then hold off a hard-charging Bergeron for most of the race. Cameron Merriman, the Series’ most recent first-time winner before last night, completed the podium.

But as special as Schell’s victory was, last night’s race will be defined just as much by how Cardwell’s mistake shook up the championship chase. The Tennessee native sunk from his fifth-place starting spot to the tail end of the field, and he was only able to claw his way back to 12th as the race went caution-free the rest of the way. Only two points out of the lead coming into the night, he’ll now have to make up 30 in next week’s finale to become the first driver in iRacing history to win World of Outlaws World Championships in both divisions.

The 2021 iRacing World of Outlaws NOS Energy Sprint Car World Championship season concludes next week in Charlotte, as the series champion will be crowned and will receive $10,000 of the series’ $25,000 purse. As always, the race can be streamed live on DIRTVision on Monday at 9pm(ET). For more information on iRacing and for special offers, visit www.iracing.com.