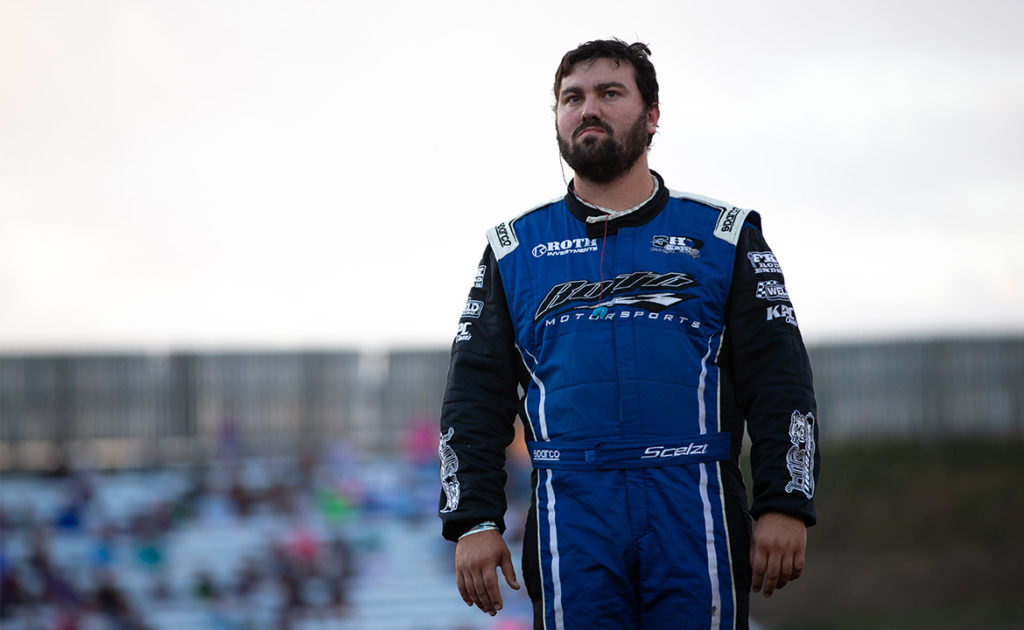 His stint in the Roth car will kick off this weekend Fri., Oct. 16 at Lakeside Speedway and Sat., Oct. 17 at Lake Ozark Speedway for the $15,000-to-win Jason Johnson Classic.

“I definitely didn’t see that coming and I don’t think really anyone did,” Scelzi said on Winged Nation Tuesday afternoon. “But we’ve had a great relationship with the Roth family. To run the last five races for them is pretty neat.

“For me it’s kind of cool because, hey, I get to finish off the year going back to the mid-west for a little bit. As you know, next year I’ll be staying in California. So, it’s pretty neat to be able to finish the year out with them.”

Scelzi, of Fresno, CA, replaces Spencer Bayston, who was originally tabbed to finish out the year with Roth after 2013 Series champion Daryn Pittman and the team parted ways in September. In seven races behind the wheel of the #83 car, Bayston finished 16th in his first event but then never finished better than 21st and was unable to make the Feature at Lernerville Speedway.

Along with Scelzi, his Scelzi Motorsports team, which includes veteran crew chief Jimmy Carr – who spent 19 years with Tony Stewart/Curb-Agajanina Racing – will join him at Roth Motorsports for the last five races of the 2020 tour.

He has 16 World of Outlaws starts this season, driving his family’s #41S car, with a season best seventh-place finish at Huset’s Speedway and Dodge City Raceway Park. In total, Scelzi has made 122 Series starts and collected seven top-fives and 25 top-10s. However, he enters the weekend on a wave of confidence after winning Morrie Williams Memorial 410 Sprint Car event at Keller Auto Speedway in California.

“This is a gift,” Scelzi said about getting to run for Roth Motorsports with the World of Outlaws. “I’m so lucky to be in this position.”

Roth Motorsports has one win this season with Pittman at Lawton Speedway and currently sits seventh in the team championship points.

If you can’t make it to the track, you can watch both races live on DIRTVision.

WHAT TO WATCH FOR: World of Outlaws Begin Midwest Swing at US-36 & Lake Ozark