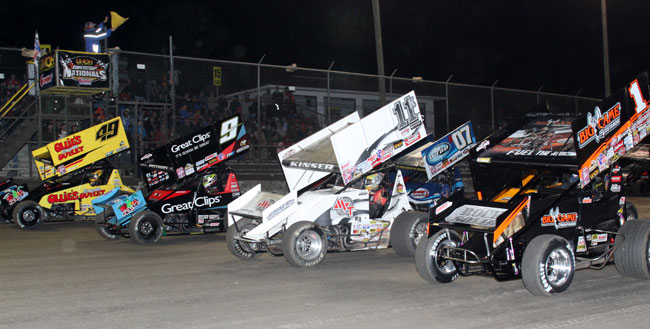 TUCSON, Ariz. — Feb. 28, 2013 — The World of Outlaws STP Sprint Car Series is proud to announce that veteran announcer and historian Windy McDonald will serve as the Grand Marshal for the series lone visit to Arizona this season.

McDonald will be the guest of honor on Saturday, March 9, at the Wildcat Shootout Presented by NAPA Auto Parts, which is the World of Outlaws STP Sprint Car Series first race at Tucson International Raceway since 2007.

McDonald was the voice of the famed Manzanita Speedway near Phoenix for more than 50 years and he is a leading historian on Arizona motor sports, which has led him to be elected into the Arizona Motorsports Hall of Fame.

He has also authored several books, including “Desert Thunder” and “Manzanita Speedway: The Final Chapter.”

Tickets for the Wildcat Shootout Presented by NAPA Auto Parts can be ordered online by clicking WorldofOutlaws.com/tickets or by calling 877-395-8606.

By showing a receipt from any NAPA store, fans can receive $5 off their admission of a general admission, reserved or child ticket. Fans who purchased tickets in advance can receive a fan pit pass.