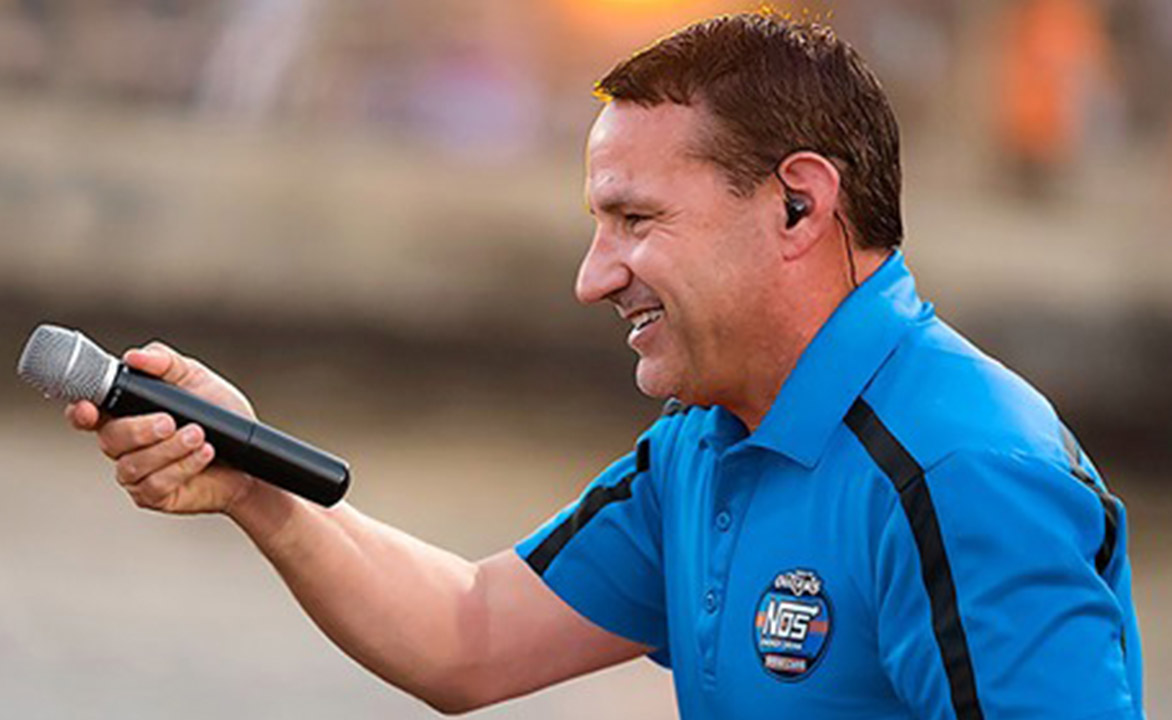 (Watch Johnny Gibson talk about his career leading up to 2,000 consecutive races with the World of Outlaws)

He has not missed working a World of Outlaws NOS Energy Drink Sprint Car Series event for about 25 years.

“It’s really kind of special just for the fact that it’s been so long,” Gibson said. “You go back to 1995, the last time I missed an Outlaw race in New York. I think it says a lot about my love for the job. I am so fortunate to get to see the greatest Sprint Car drivers in the world and talk about them night and night out. As basically someone who is just a race fan, I am the luckiest person in the world.”

Having grown up as a lifelong Sprint Car fan, the Pennsylvania-native got the opportunity to work full-time with the World of Outlaws in 1995, selling programs. A year later at Keller Auto Speedway in Hanford, CA, announcer Bobby Gerould interviewed him about life on the road with the Outlaws. That interview set Gibson on a career path he had never envisioned.

Gerould thought Gibson had the voice and charisma to be an announcer himself. Gibson had never announced anything before, but that didn’t stop Gerould from putting his theory to the test by handing Gibson the microphone and telling him to try calling the upcoming Heat Race.

From then on, Gibson grew to become a household name with Sprint Car fans, calling countless races, doing countless interviews, providing his voice for the 2002 World of Outlaws Sprint Car PlayStation game, working live broadcasts on national television and even calling iRacing events this year.

His background in music – playing in a bands during his college days and on – helped prepare him for the limelight and influenced his famous four wide salute. The album Alive! by Kiss was one of the first albums that turned Gibson into a rock and roll fan in the 1970s and helped spark an idea for a salute to the World of Outlaws fans each night.

The intro to the album is, “You wanted the best, you got the best. The hottest band in the world… Kiss!”

“It (the album) had a pretty big impact on me,” Gibson said. “When I had the opportunity to come up with something fitting for what the Outlaws do, I kind of molded that into what the salute to the fans became and it’s gone on from there.”

Gibson has already created a legacy in the sport as “The Voice of the World of Outlaws,” but even at 2,000 consecutive races he’s ready for 2,000 more. And beyond.

“It’s nice (hitting 2,000 consecutive races), but I’m looking forward to another thousand or two thousand down the road,” Gibson said. “I’m just so fortunate to be able to do this.”

You can watch Gibson work his 2,000th consecutive race tonight live on DIRTVision. 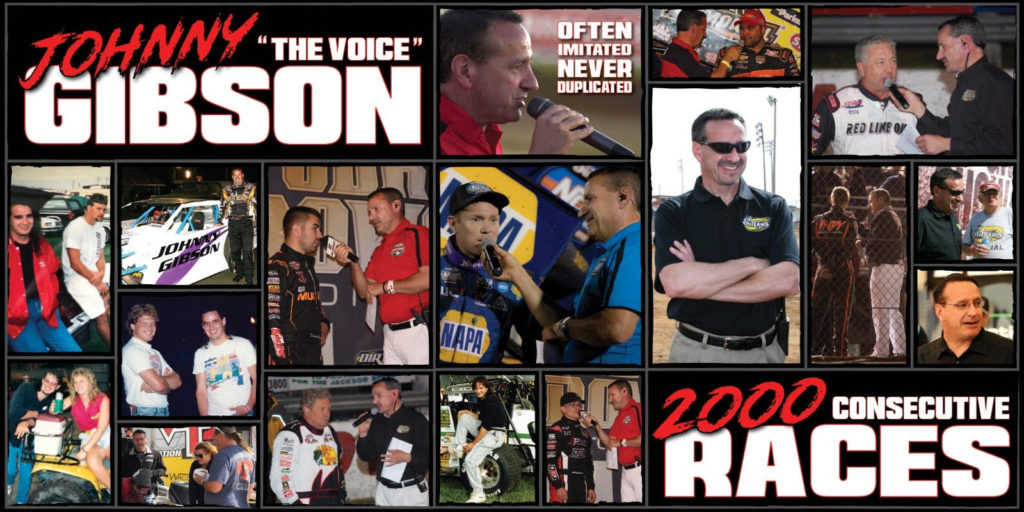