Checkered Past: Runners Up 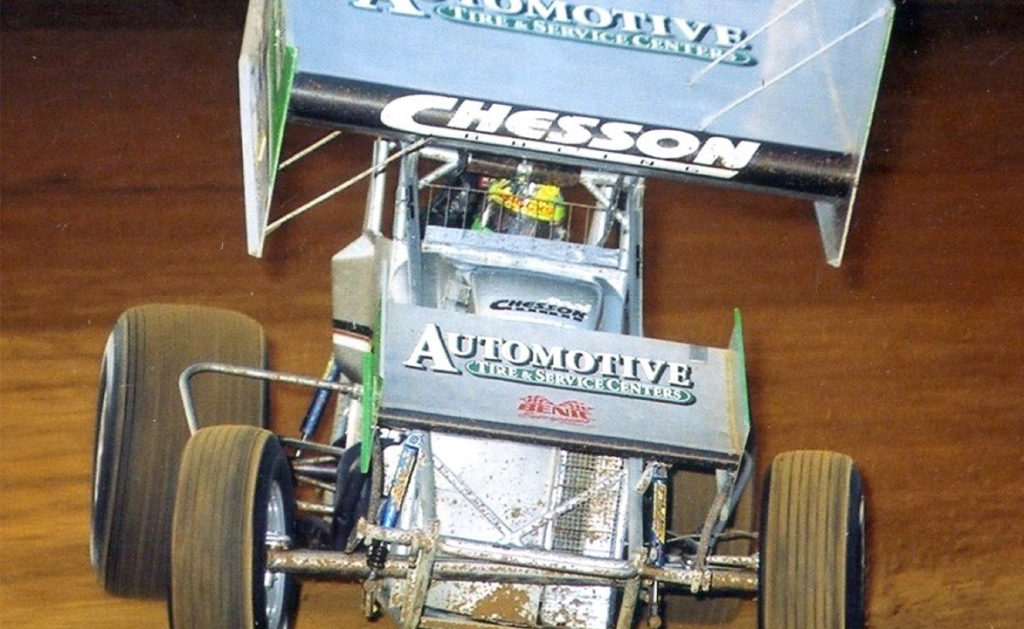 Winning with the World of Outlaws is the most difficult task in Sprint Car racing. In the 43 seasons since Ted Johnson conceived the international series, 143 men and one woman have attained the honor. If that number seems high, consider how it computes to fewer than four new names per year. In this virus-plagued 2020 campaign, Carson Short of Southern Illinois and Jacob Allen from Central Pennsylvania plucked their first prizes.

One notch below the elite 144 stand 51 winners of “split field” features. In the early years of the Series, many big events were divided into separate qualifying evenings such as California’s three-day Gold Cup or Iowa’s four-night Knoxville Nationals.

Then, there are the 78 guys who finished second against the World of Outlaws without any wins beneath that banner.

Topping the runner-up category is Tommie Estes Jr, of Ada, OK. Estes had his helmet in Albuquerque as he courted an Unser sister, brought the Kansas car of Gary Mussatto to the 1984 Syracuse Super Nationals then moved to California to drive for Fresno’s Jim Klein, San Jose’s Payless Rockery and Sacramento’s Clyde Lamar. It was Lamar’s Tri-C machine in which Estes earned second in 1987 at Baylands and Santa Maria. After returning home, Estes added seconds at Devil’s Bowl for Bobby Telford (1992) and Brad Gray in 1995. Upon retirement, Estes served as Competition Director for the American Sprint Car Series and National Sprint League 360 Sprints, plus the chaotic Chili Bowl and Tulsa Shootout. Three months ago, Estes ended nine years as director of the Dodge City Raceway Park.

Six high water marks were met during the inaugural season of 1978 when Amati and Butch Wilkerson were second at Paragon, Butcher at Calistoga Classic, McCarthy at Devil’s Bowl, and Stelter stunned Syracuse by nearly winning with a Super.

In the first of 25 years of Kokomo inclusion, Karl Kinser put a second Denny Mitchell chassis under Bob Kinser when Kraig’s grandpa beat everyone but the blond monster he created.

Eight men reached their Series pinnacle during the ‘79 season. There was Allen Barr at Kokomo, East at East Bay, Larry Goad at Haubstadt, Myers at Lincoln, Jerry Richert at North Starr, Bill Robison at Topeka, and Jerry Stone in Jackson, TN. Larson landed second-place at Hartford (later known as Red Devil and I-90) three months before Roger and Darryl Dawley died on the Knoxville homestretch.

Three more joined the list in 1980: Dick Gaines at Haubstadt; Scott Tobias at Grandview; and Leroy Van Conett at Gold Cup. In 1981 came Bob Geldner at Boone and Leavitt at Granite City.

Three more made the grade in 1981: Horton (Nance 1n) at Jax; Randy Kinser (Dick Briscoe 5) at Paragon; and Miami-born Lupo (Bobby Allen 2a) at Bridgeport, NJ.

Dumesny (Bob Trostle 20) and Fisher finished second in 1985 preliminaries to Eldora and Knoxville. Wooley was second in his Oklahoma City hometown in 1987. Next came Paul Lotier at Lebanon Valley (1990), Mike Peters (Courtney Grandstaff 66) at The Bowl (1994) and then Murphy (Morrie Williams 0) in Sin City in 1998 after the Aussie migrated to Fresno.

The current millennium made for a happy Day at Watsonville in 2000, Chesson at Devil’s Bowl, Sean Michael (Zemco 1z) and Mike Erdley at Williams Grove in 2002-03, Langerud at Fargo, Chaney at the Kings Royal of 2004, Wimmer at Calistoga, T.J. Stutts at The Grove then Barnes in 2008 when the tour docked in Grays Harbor.

Most recently runner-up as best finish with the World of Outlaws were Danny Holtgraver at the 2012 Don Martin Memorial, Caleb Griffith at Fremont, Andy Forsberg at the Gold Cup of 2013, Craig Mintz at Attica, Brian Montieth at Lincoln, Thorson at the Mini Gold Cup of 2015, Taylor at Eldora, Justin Henderson at Knoxville, Justin Sanders at the Gold Cup of 2017, Schuerenberg at Tri-State then Anthony Macri at Port Royal.

The only Outlaw to use second-place as his series highlight in 2020 was Austin McCarl, third generation stud from West Des Moines. Austin’s grandpa Lenard beat the Outlaws as car owner/crew chief to Jimmy Sills in 1986-87. Austin’s father Terry counts 13 Outlaw checkereds and two Nationals qualifying nights among his 318 feature wins.

Since winning with the World of Outlaws is an ultimate goal, reaching runner-up against those same professional warriors should mean more than an average loss. Yet if you ask any racer if second-place is the pinnacle of their career, their answers will reflect youth, affluence or pure desire. And any driver insulted by the question should be hired immediately.