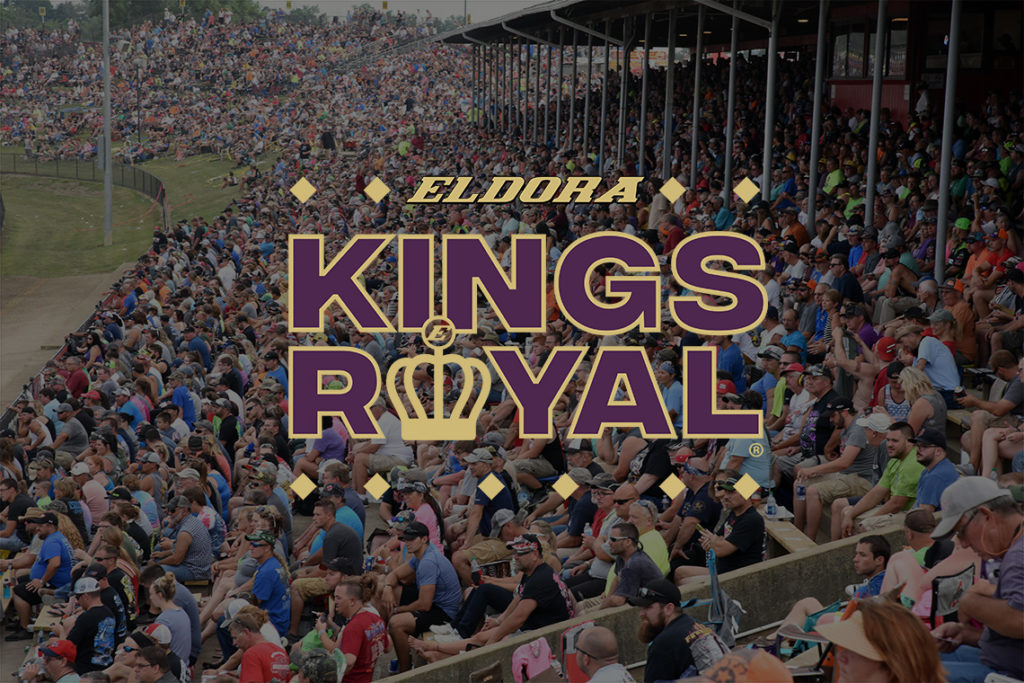 The World of Outlaws and Eldora Speedway have rescheduled the 37th annual Kings Royal Weekend to July 2021.

The legendary half-mile dirt oval’s marquee World of Outlaws NOS Energy Drink Sprint Car Series event was originally slated for July 15-18, but the Ohio Department of Health’s orders restricting mass gatherings and spectator events at large venues remains in effect as a part of the state’s overall response to the COVID-19 health crisis.

“Governor Mike DeWine text me to deliver the unfortunate news,” said Roger Slack, general manager of Eldora Speedway. “While acknowledging the importance of our events, especially for Darke County, he stated the orders in place continue to prohibit spectators from motorsports events.

“As we’ve said all along, the fastest way for our race fans to return to the track is for each of us to practice social distancing, wear our masks or cloth face coverings, and practice good hygiene – especially by frequently washing our hands.

“We remain in constant communication with state officials regarding other upcoming events at Eldora as we work to bring fans back to our facility as soon and as safely as possible, all while adhering to the mandates issued by the Ohio Department of Health.”

Eldora and Series officials, who have been working with local and state officials since April to establish re-opening guidance, submitted a detailed proposal to Governor Mike DeWine, the Ohio Department of Health, and the Darke County General Health District, for the return of spectator events at 50 percent capacity during the months of July and August.

The proposal included key learnings from Eldora’s lone race of the 2020 season, a restricted-access competitor-only contest, The Dirt Late Model Stream, held June 4-6. The non-spectator event operated in accordance with a strict Event Protocol developed by Eldora in concert with the world’s top motorsports sanctioning bodies which was reviewed and approved by both the Darke County General Health District and the Ohio Department of Health.

However, with the Ohio Department of Health’s current orders and with reopening guidance yet to be established by Responsible RestartOhio, spectators remain prohibited from grandstands at Ohio’s large venues – including Eldora Speedway.

Information, including frequently asked questions with answers, is available at https://www.eldoraspeedway.com/kings-royal-covid/

Officials will continue to use the “When We Know, You’ll Know” policy regarding event information and will communicate updates direct to patron accounts as it becomes available here, on EldoraSpeedway.com, and via official World of Outlaws and Eldora social channels.