World of Outlaws Returns to I-96 Speedway on August 29 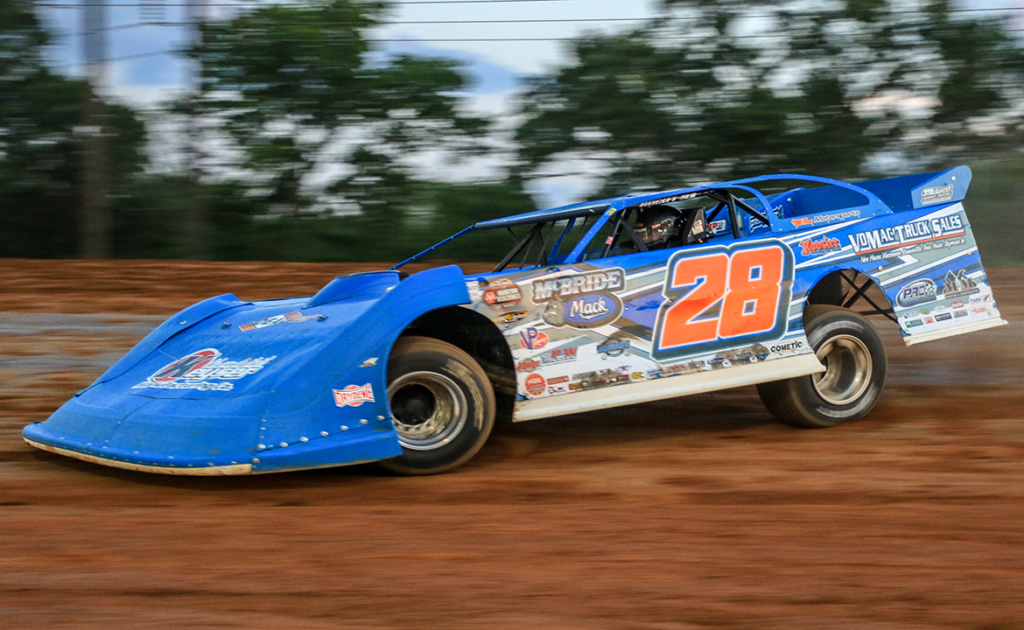 For the first time in over five years, the World of Outlaws Morton Buildings Late Model Series is headed back to I-96 Speedway. The 50-lap, $10,000-to-win Morton Buildings Feature will get the green on Thursday, Aug. 29, marking the third visit to the 3/8-mile track in Series history.

Aug. 22, 2014 was the last time the Outlaws took to the Ionia County facility, when local driver Curtis Roberts, of Coleman, MI, capitalized on leader Shane Clanton’s ill-timed flat tire to inherit the race lead and earn his first career World of Outlaws victory in front of his home state crowd.

The only other I-96 visit in Series history came in 2007, when former tour veteran Chub Frank picked up the victory — his first of a Series-best six Feature wins that year.

DIRTcar Nationals champion Brandon Sheppard, of New Berlin, IL, has been the man to beat so far in 2019, notching 16 tour victories and an incredible 29 top-five finishes in 31 races. He leads all drivers who have competed with the Outlaws this year in wins on 3/8-mile tracks with a total of four. “The Rocket Shepp” also comes into the weekend as the overall points leader with a 234-point advantage over next-closest driver and Rookie of the Year frontrunner Ricky Weiss.

Weiss, of Headingley, Manitoba, has been knocking on the door of his first career World of Outlaws win all season, especially as of late. A third-place finish in the tour’s historic return to Williams Grove Speedway last Friday night and a runner-up result at Port Royal Speedway the very next night has totaled an impressive 10 podium finishes in his first year aboard the full-time roster. Tie in the fact that he’s never been to most of the tracks on this year’s schedule, and there’s no telling when his first Morton Buildings Feature win will come. It could very well happen next Thursday.

Shane Clanton, a two-time DIRTcar Nationals champion from Zebulon, GA, currently sits third in the overall points standings with three wins and 10 top-five finishes. Two of those wins came on 3/8-mile tracks, both since making the mid-season team switch to Skyline Motorsports in June, so expect “The Georgia Bulldog” to bring it next weekend.

Multi-season World of Outlaws pilot Chase Junghans, of Manhattan, KS, sits fourth in points, 278 markers out of first place, claiming his lone victory in the middle of last month at Red Cedar Speedway in Menomonie, WI. Three-time Series Champion Darrell Lanigan, of Union, KY, rounds out the top-five with a third-best 13 top-five finishes over 31 contested races.

Joining the Outlaws at I-96 next Thursday will be the stars and cars of the American Ethanol Modified Tour. Local Super Late Model competition expected to be in action as well includes defending DIRTcar Late Model National Champion Rusty Schlenk, Chad Finley, current I-96 track record holder Brandon Thirlby, Travis Stemler, Rob Anderzack, Nick Kurtz and Eric Spangler, who picked up his first World of Outlaws victory in 2016 at the Merritt Speedway.

Tickets for the World of Outlaws Morton Buildings Late Model Series event at I-96 Speedway can be purchased at the track on race day or in advance at i96speedway.com. For more information, call (616) 642-0555.

EDGE OF SEVENTEEN: Sheppard Wins Rain-Shortened Race at I-96