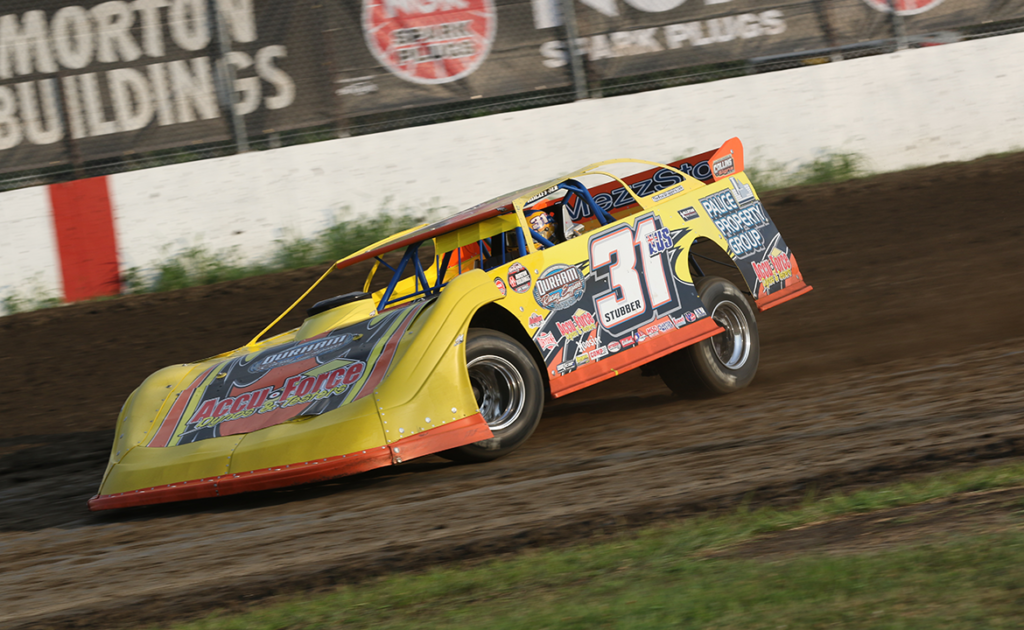 The Australian Late Model Championship — pitting the Americans against the Aussies — converges Saturday on world-famous Perth Motorplex for the finale of the biggest Dirt Late Model event in the country.

All DIRTVision Fast Pass subscribers in Australia and the United States will be able to watch Aussie locals battle it out against the U.S. invaders, with the broadcast for American viewers set to begin at 4 a.m. Eastern and the heart of the action between 7 a.m. and 10 a.m. (Locally in Perth, Hot Laps begin at 5 p.m.)

To all of the Australian Dirt Late Model drivers, this event is most analogous to the NFL’s Super Bowl. Like its sister Australian Sprint Car Championship race, it is awarded to a different track each year.

West Australia is home to some of the biggest names in Aussie Dirt Late Model racing, such as Paul Stubber, Kye Blight, Craig and Brent Vosbergen, and Freddy Kinsella; all among others who will contend for the title in Perth this Saturday.

Together, they and a host of other Australian racers will go head-to-head with Team USA representatives Joe Godsey, of Bedford, IN; Jeff Roth, of Bentonville, AR; Justin Shaw, of Indiana; and Hayden Ross of Oklahoma. American favorite Tyler Erb and his team has been competing in the Ultimate Speedway Nationals on Australia’s East Coast (races also on DIRTVision) and was planning to compete at Perth, but due to the tragic wildfires in Australia is unable to make the cross-country journey and will continue racing on the East Coast.

Stubber is the defending winner of the Australian Late Model Championship, but he did have a few issues in his preliminary Feature on Wednesday night.

“We experienced a small setback after top qualifying in our group and running second in our first heat,” Stubber said. “We wrecked our primary car, so, it’s time for Plan B. We will be coming from a bit further back than planned, but with Mark Richards from Rocket Chassis and Keith Berner from Accu-Force, we have a strong XR1 [chassis] package that will get to the front.”

Having raced against several of the best Dirt Late Model talents in the US on his DIRTcar Summer Nationals runs in recent seasons, Stubber said he quite enjoys now going toe-to-toe with some of them on his home turf.

“It’s a pleasure showcasing our track facilities,” Stubber said. “We are blessed with a track that produces great three and four-wide racing, and to be out there running wheel-to-wheel with our American friends is just a blast.”

Perth Motorplex promoter Gavin Migro is also very excited to play host to the event this year at the track he’s promoted the past 17 years. He said lining up Australia’s best talent up against the U.S. invaders is sure to excite the fans in the stands and those watching on DIRTVision.

“It’s wonderful, we love to host our American friends,” Migro said. “The great thing about it is that off the racetrack, they’re all friends, but on the racetrack, it’s a bit of a battle for national glory. Obviously, the Americans want to come over here and have a win, but the Australian guys are pretty eager to defend their home turf.

“The people in Perth love having drivers from America come and race in Australia, the fans really buy into that. The local teams really step up their preparation, and they’re eager to put on a good show and race against the Americans to see where they stand on the world stage of Late Models.”

The event kicked off Wednesday with two flights of Qualifying and Heat Races where drivers accumulated points in each event. Saturday begins with Heats, then the top six in points after the heats go into a Pole Pursuit, which is basically battle royale-style group qualifying. The top six get on the track all at the same time and run two timed laps. The slowest two are eliminated after the two laps and that’s row three for the Feature. Then the next two laps decide row two, then the final two laps decide the pole and outside pole starting positions. A Last Chance Qualifier and a 40-lap Feature complete the event.

The broadcast itself begins with Hot Laps and Heat Races in addition to all of the Dirt Late Model races, and includes coverage of two Sprint Car events plus the track’s Speedcar Derby before concluding with Features for each division. The Australian Late Model Championship 40-lap main event is scheduled to be the final race.

Now, dirt track fans worldwide can witness the excitement and international competition from Down Under with a DIRTVision Fast Pass subscription for only $39. Sign up now and watch the events this Saturday from Perth Motorplex, and all season long on the World of Outlaws tours.