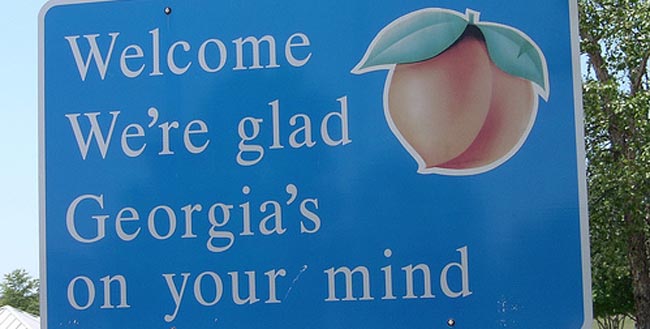 Tour Event Scheduled For Fri., May 6, At North Carolina’s Fayetteville Motor Speedway Has Been Canceled

CONCORD, NC – May 2, 2011 – The World of Outlaws Late Model Series will invade Georgia this weekend for a doubleheader at Swainsboro Raceway (Sat., May 7) and Needmore Speedway in Norman Park (Sun., May 8).

The Peach State programs were scheduled to follow an event on Fri., May 6, at Fayetteville (N.C.) Motor Speedway, but the tour’s visit to the four-tenths-mile oval has been canceled by WoO LMS officials.

According to WoO LMS director Tim Christman, the decision to cancel Friday’s show at Fayetteville came after speculation arose locally over a scheduling conflict with a special event at the facility’s adjoining dragstrip and Christman’s repeated attempts to contact FMS promoter Larry Norris to discuss the situation proved unsuccessful.

“We were looking forward to racing at Fayetteville Motor Speedway for the fourth year in a row but unfortunately have had to remove the event from our schedule,” said Christman. “I have tried to reach Larry Norris for the last two weeks to talk about the event but haven’t received a response. As a result, with the date approaching and so much uncertainty about the status of the event still running through the local racing community, we felt it was in the best interests of the race teams and fans to cancel the event.”

The stars of the WoO LMS will focus this weekend on two nights of competition in Georgia, including a Saturday stop at Swainsboro Raceway for the second consecutive year and a first-ever clash at the brand-new Needmore Speedway. Needmore was originally scheduled to host the WoO LMS on March 27, but rain forced the event’s postponement to the evening of Mother’s Day.

Saturday’s action at the three-eighths-mile, red-clay Swainsboro oval will serve as the culminating event for the town of Swainsboro’s 66th annual Pine Tree Festival, a celebration of the area’s forest resources and timber’s contribution to Swainsboro’s economy. It is one of the oldest continuously-operated community festivals in Georgia.

WoO LMS star Tim McCreadie of Watertown, N.Y., will return to defend his victory in last year’s ‘Pine Tree 50’ at Swainsboro. He will chase a $10,000 top prize in the 50-lap A-Main.

Needmore Speedway, a three-eighths-mile oval that Chris Hunnicutt cut out of farmland behind his home and opened for business last August, will present a 40-lap WoO LMS A-Main paying $8,000 to win on Sunday. The traveling Outlaws had an opportunity to eyeball the fledgling track on March 27 but never had turned any fast laps due to the wet weather.

Two-time defending WoO LMS champion Josh Richards of Shinnston, W.Va., leads the tour into Georgia as the points leader through seven events in 2011, but undoubtedly the hottest driver is 2008 titlist Darrell Lanigan of Union, Ky. Lanigan missed the season-opening race in February due to a medical issue but has roared back into championship contention with four wins in six starts, including a sweep of last weekend’s Midwestern doubleheader at Hartford (Mich.) Motor Speedway and Bluegrass Speedway in Bardstown, Ky.

Information on this weekend’s WoO LMS events is available by logging on to the track websites at www.swainsbororaceway.com and www.needmorespeedway.com.