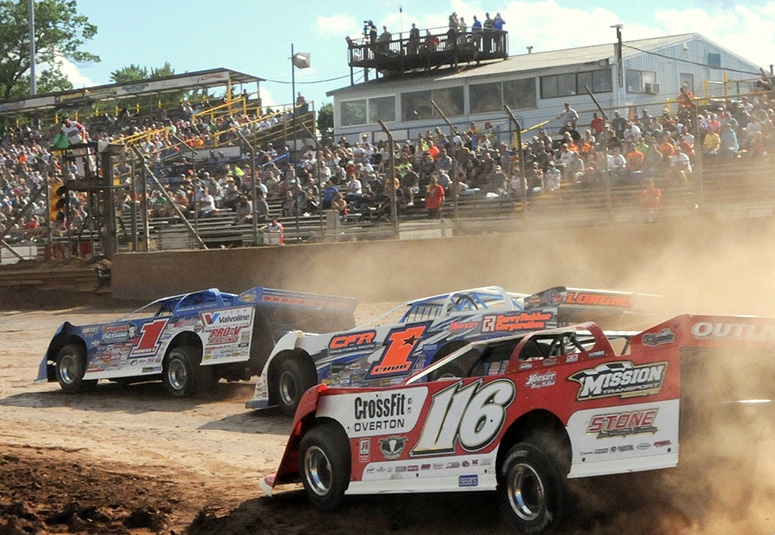 SARVER, PA — The first crown jewel of the 2020 World of Outlaws Morton Buildings Late Model Series campaign is right around the corner.

Scheduled for Thursday-Saturday, June 25-27, Lernerville Speedway in Sarver, Pa. will host “The Most Powerful Late Models on the Planet” for three consecutive nights of earth-shaking action with over $100,000 in purse money on the line. A limited number of seats are still available, and purchasing a three-day event package in advance comes with a FREE Fan Pit Pass to Thursday and Friday nights. Tickets are available online RIGHT HERE or you can call (844) DIRT-TIX to order. Camping is also available by calling the track at 724-353-1511.

Paying $30,000-to-win and $1,000-to-start in Saturday’s finale, with $6,000-to-win preliminary programs on Thursday and Friday, the Saturday, June 27, Firecracker will also mark the World of Outlaws Morton Buildings Late Model Series 2020 debut on national television as the main event is aired LIVE on CBS Sports Network at 9:00pm ET.

In addition to all that exciting on-track action, which also includes the $10,000-to-win Bill Emig Memorial, there will be a Friday night fireworks extravaganza, music and a Saturday driver autograph session.

A Pennsylvania pillar since its inception in 2007, the Firecracker has developed into one of dirt late model racing’s most beloved events. With 10 different champions through 13 years, the three-day program never suffices to deliver the goods when the best-of-the-best tackle the Sarver 4/10th-mile.

For a trio of full-time World of Outlaws Late Model stars, their Firecracker conquests were chalked full of storylines.

Scott Bloomquist of Mooresburg, Tenn., is the only three-time champion of the event with $30,000 scores in 2007, 2012 and 2016. After winning the inaugural event, Bloomer came back to lead 99 laps in 2012, and then took his 2016 score while his suspension for illegal tires at the Dirt Late Model Dream was being appealed.

Darrell Lanigan of Union, Ky., experienced the most agonizing wait before he could taste Firecracker gold in the 2014 running. The three-time World of Outlaws champion finished runner-up three consecutive years from 2008-2010 and then was so close on the podium again with second in 2012 and third in 2013. His wait was finally over the next year when he capitalized on Jonathan Davenport’s mechanical troubles and then held off Bloomquist before rain ended the race with ten laps left.

Chris Madden of Gray Court, S.C., delivered one of the most dominating Firecracker performances ever when he put his name into history books in 2018. Leading every lap, “Smokey” laid a beatdown on the all-star cast of competitors for a big $30,000 triumph. His first Firecracker score came a whole 11 years after he ran second to Bloomquist in the 2007 inaugural event.

Set to thrill fans for three consecutive nights, the 14th annual Firecracker at Lernerville Speedway is one you don’t want to miss. A limited number of tickets and packages are available for purchase HERE, or you can call (844) DIRT-TIX to order, and call the track at 724-353-1511 for camping. You can watch every lap of the Firecracker from Thursday to Saturday on DIRTVision, the official streaming partner of the World of Outlaws. On Saturday night, the $30,000-to-win finale will also be simulcast LIVE on CBS Sports Network at 9:00pm ET.