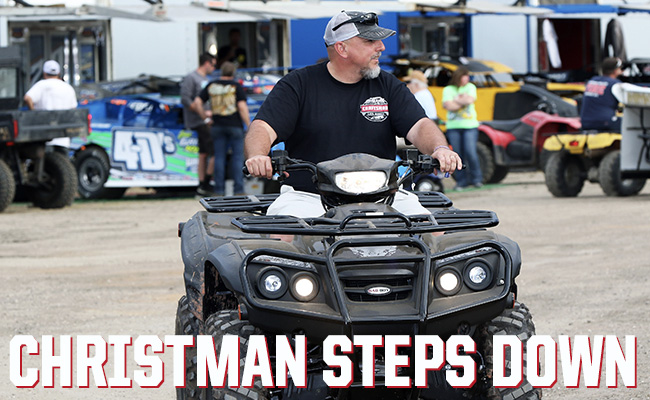 Christman Steps Down as Series Director of Late Model Series

After 10 years at the helm, Tim Christman will be stepping down as Series Director for the World of Outlaws Craftsman® Late Model Series. During his tenure Tim guided the growth of the series from what was a 36-race schedule in 2006 to a 52-race calendar for the 2017 season. In the process, Tim became one of the most influential names in dirt late model racing, and his legacy will live on through events enjoyed by fans across the country.

“This is a decision that I don’t take lightly, but for a number of reasons I felt like the time was right,” said Christman. “I have a tremendous amount of respect for the World of Outlaws, our fans, drivers, owners and track operators, and as everyone knows, to be successful in this sport you have to be all in. After 10 years on the road, its is time for me to spend more time with my family.”

“Tim’s contributions to the World of Outlaws and the sport of dirt late model racing as a whole rank high and while he will be missed in his current role, we look forward to exploring opportunities to continue to work together,” said World of Outlaws President Tom Deery.

The search for a new World of Outlaws Late Model Series Director will begin immediately, and while not yet finalized, it is expected that Tim’s last event in his current role will be at some point in April or May.