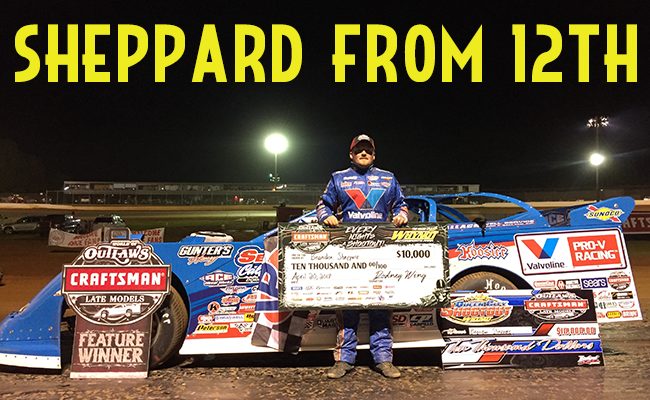 MERIDIAN, MS­– April 20, 2018– The World of Outlaws Craftsman® Late Model Series returned to action on Friday evening at Whynot Motorsports Park for the first of two nights for the inaugural Queen City Shootout. This was the Series first race in 62 days due to several cancellations for weather, but Mother Nature finally showed some mercy and the 50-lap feature was worth the wait. The 2017 World of Outlaws champion Brandon Sheppard charged from 12th to collect his second win of the 2018 season.

BARBERVILLE, FL – Feb. 17, 2018 – Brandon Sheppard sailed to his first victory with the World of Outlaws Craftsman Late Model Series in 2018 on the final night of the 47th annual DIRTcar Nationals at Volusia Speedway Park. With 44 of the best Late Model drivers in the country competing with the Series on Saturday, it wasn’t a straight shot to Victory Lane. Claiming the lead on lap 14, Sheppard had to fend off charges from Mike Marlar, Chris Madden and Rick Eckert. 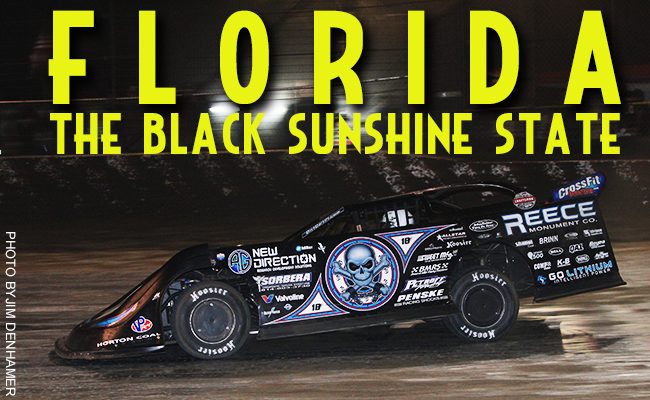 “We got this new car on Monday; first time we ran it,” said Bloomquist. “We were creeping up on it a little bit. We made a few mistakes. Just get down on it. Car got pretty dang good. This Andy Durham Engine ran super smooth… We got some good people with us and hopefully we put on a good season.” 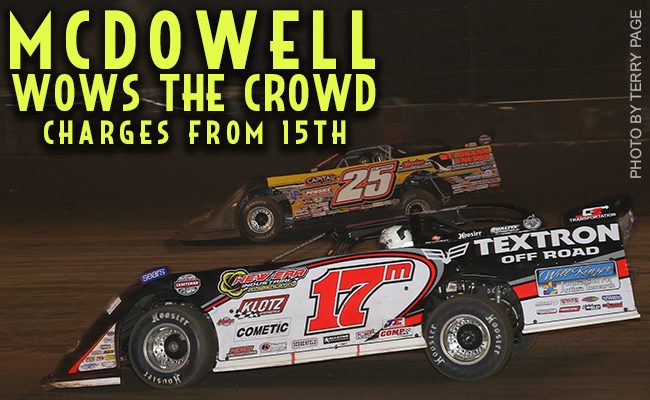 BARBERVILLE, FL – Feb. 15, 2018 – The odds were stacked against Dale McDowell when he hit the track for the 50-lap feature on Thursday during the second night of competition for the World of Outlaws Craftsman® Late Model Series at DIRTcar Nationals. McDowell, who started 15th in the feature, had the heaviest hitters in the industry lined up in front of him and a long way to go before the checkers waved over the World’s Fastest Half-Mile. The challenge proved to hold no reins on the No. 17m iron horse as McDowell was able to park it in Victory Lane claiming $10,000 and a coveted gator trophy. 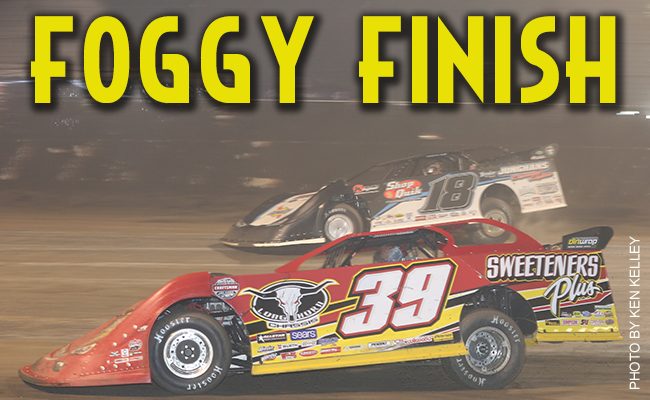 A night of rain followed by a warm sunny afternoon developed into a heavy evening fog, which engulfed Volusia Speedway Park. The condensation from the fog made it dangerous for drivers to see despite the number of tear-offs on their helmets. Taking the drivers safety as top-priority, the feature was completed at 26 laps.

Although the feature was shortened, there was no short in excitement for the fans. The feature had three race leaders but it was Tim McCreadie who made the right move at the right time. Leading only one lap of the feature, McCreadie claimed the $10,000 payday and his first Series win since July 10, 2015 at River Cities Speedway.