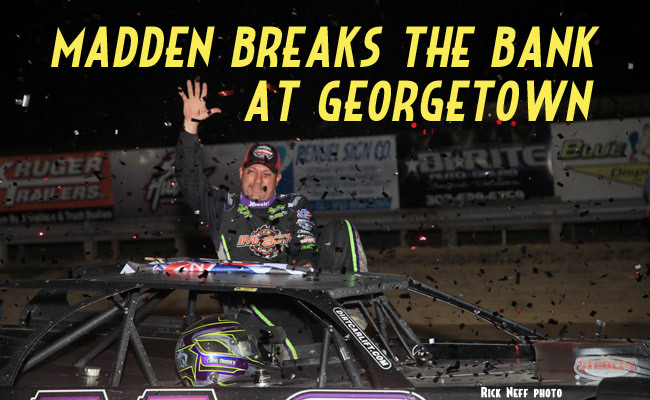 In the Series’ second-ever visit to the track, Madden leads flag-to-flag and increases his points lead over Marlar and Sheppard

GEORGETOWN, DE – August 16, 2018 – The first of a four-race weekend started out just as planned for Series points leader Chris “Smoky” Madden, as he picked up his seventh victory of the season Thursday night at the Georgetown Speedway. In short, Madden was strong throughout the event. Winning his heat race and re-drawing the outside pole, he took the lead on lap one of the feature and never looked back, leading every lap of the Fulton Bank 40 on his way to another $10,000 payday. 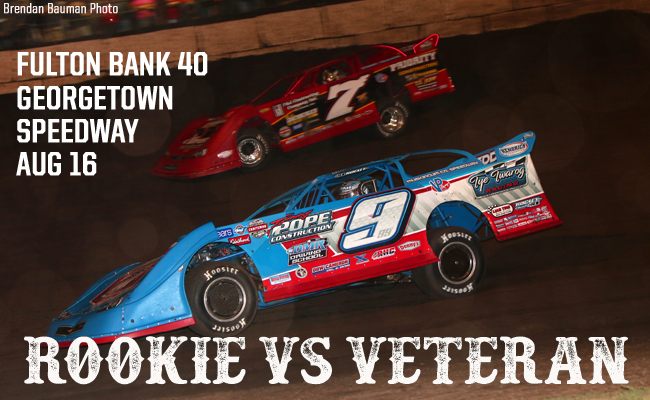 CONCORD, NC— July 23, 2018 — The World of Outlaws’ first-ever visit to Georgetown Speedway last year packed the house with fans eager to witness history for the inaugural Fulton Bank 40. This year, the excitement for the August 16 event builds on last year’s Rookie vs. Veteran battle on the fast clay oval.