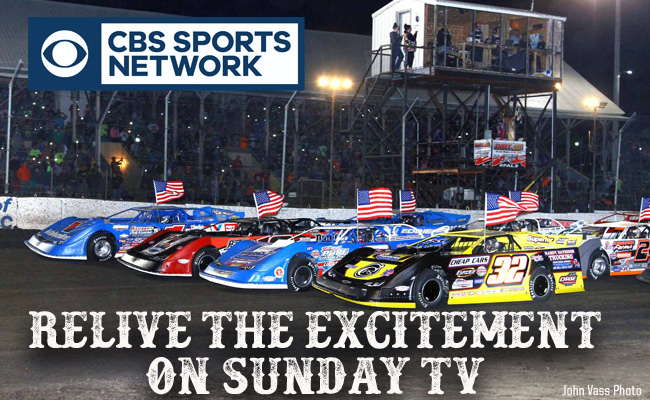 CONCORD, NC — Sept. 30, 2018 — The World of Outlaws Craftsman Late Model and Sprint Car Series are excited to announce this year’s television partnership with the CBS Sports Network is set to commence next month, on October 21, with the airing of the 2018 Kings Royal at Eldora Speedway.

The World of Outlaws and the DIRTvision production team worked with National Speed Sport News to produce eight hours of television, including shows from the Kings Royal at Eldora Speedway (OH), the Prairie Dirt Classic at Fairbury American Legion Speedway (IL) — televised to a national audience for the first time ever — and the World of Outlaws World Finals presented by Can-Am at The Dirt Track at Charlotte (NC). 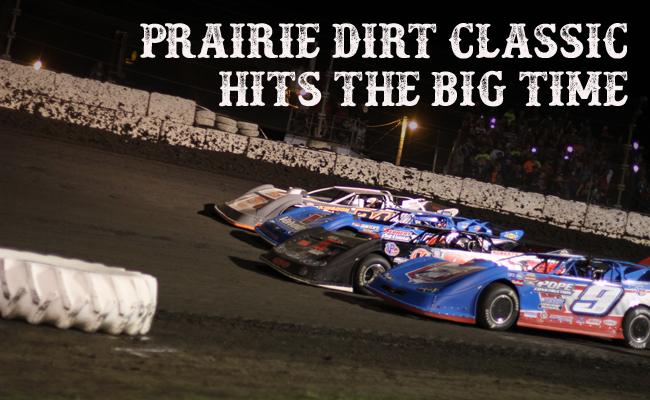 FAIRBURY, IL — The Prairie Dirt Classic (PDC) presented by Bank of Pontiac at Fairbury American Legion Speedway (FALS) already draws a huge crowd and is well known as one of dirt Late Model racing’s most thrilling events. This year, though, even more fans will have an opportunity to witness the intense action that has made the World of Outlaws Craftsman Late Model Series extravaganza a three-time winner of DirtonDirt.com’s Race of the Year.

When the 29th annual running of the PDC takes place July 27-28 at the high-banked, quarter-mile oval located in the middle of the idealic Midwest town of Fairbury, DIRTVision.com and DirtonDirt.com will provide live pay-per-view video coverage of every lap of competition for the first time ever. In addition, the weekend will be recorded for later broadcast on the CBS Sports Network, exposing the race to a wider television audience.