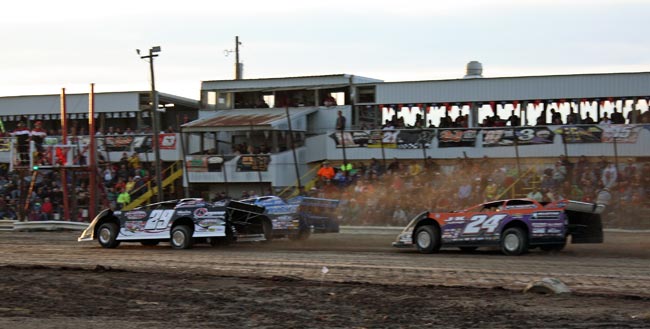 A 50-lap A-Main paying $10,000 to win will headline the late-summer program at the three-eighths-mile oval, which once again anchors a weekend WoO LMS doubleheader in the Wolverine State. The renowned full-fender circuit previously inked an Aug. 16 date at Winston Speedway in Rothbury, Mich. 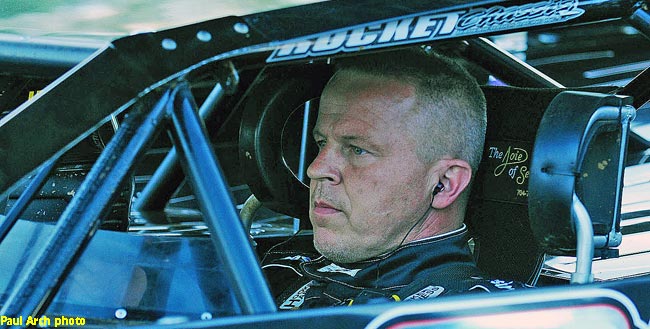 Defending Champ Has Plenty Of Motivation, Including Bid For Elusive WoO Victory During UNOH DIRTcar Nationals by Summit

Well, guess again. The ultra-competitive superstar from Union, Ky., basically put his record-smashing season in his rearview mirror as soon as he picked up his $100,000 points-fund check at the national tour’s awards ceremony in early November. 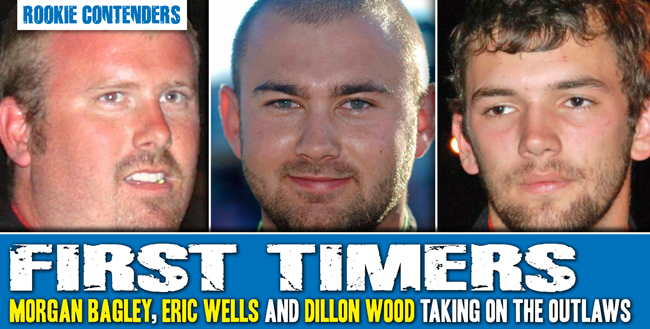 CONCORD, NC – Jan. 25, 2013 – Three up-and-coming young drivers have been approved as contenders for the 2013 World of Outlaws Late Model Series Rookie of the Year Award Presented by ButlerBuilt, series officials announced on Friday.

Morgan Bagley of Longview, Texas, Eric Wells of Hazard, Ky., and Dillon Wood of New Smyrna Beach, Fla., will carry rookie status when the national tour kicks off its 2013 schedule on Feb. 8-9 with the ‘Winter Freeze’ doubleheader at Screven Motor Speedway in Sylvania, Ga. The trio’s season-opening burst of events with the World of Outlaws will also include the Bubba Army Late Model Winter Nationals on Feb. 15-17 at Bubba Raceway Park in Ocala, Fla., and the 42nd UNOH DIRTcar Nationals Presented by Summit Racing Equipment on Feb. 21-23 at Volusia Speedway Park in Barberville, Fla. 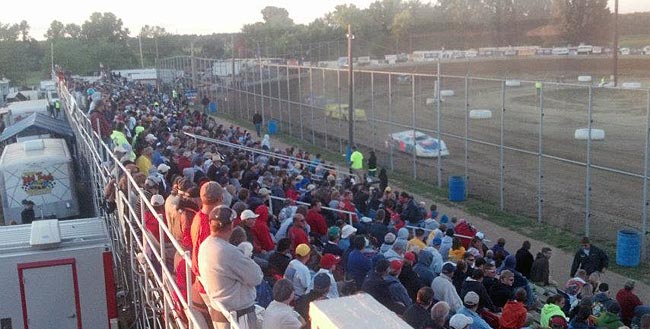 A blockbuster weekend headlined by the World of Outlaws Late Model Series ‘Buckeye 100’ is set for April 12-13 at Wayne County, providing fans and racers from Ohio and neighboring states a new early-season tradition in the Midwest. 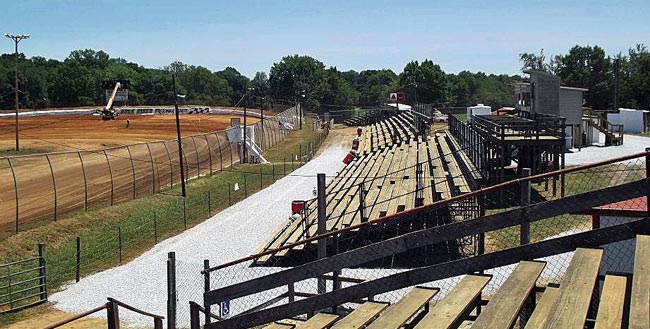 Duck River is set to host the WoO LMS on Sun., March 24 – anchoring a tripleheader weekend that also includes events in Arkansas and Mississippi – while Fonda’s date on Wed., June 19, will kick off an early-summer swing through the Northeast for the national tour. Both tracks will present 50-lap A-Mains paying $10,000 to win. 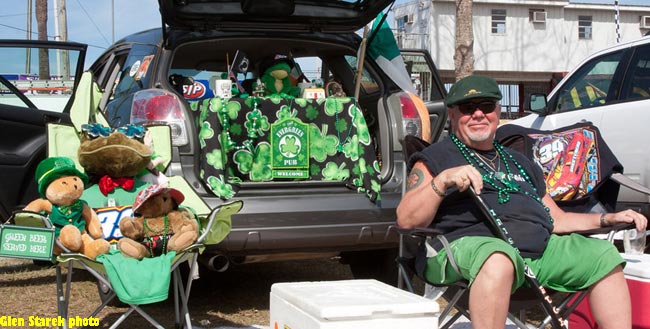 WoO LMS Blog: The World of Outlaws’ Number One Fan…From IrelandSean O’Donnell has no illusions about the first impression he presents when he’s at a dirt track. Wearing green shorts, green sneakers, a green cap, a sleeveless t-shirt and strands of green party beads around his neck, he knows he doesn’t look like the typical … Read more 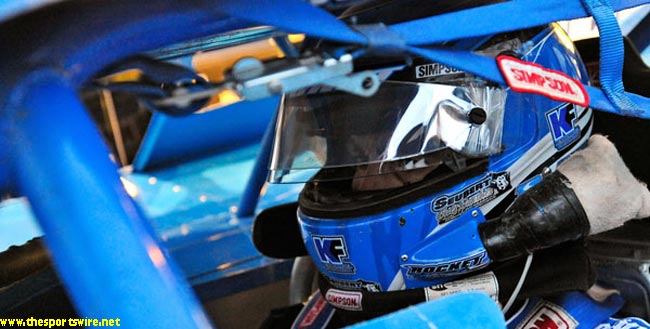 That’s the caveat to the fifth annual WoO LMS Pre-Season Media Poll, which was topped by the sensational young talent from Shinnston, W.Va., for the fourth consecutive year. 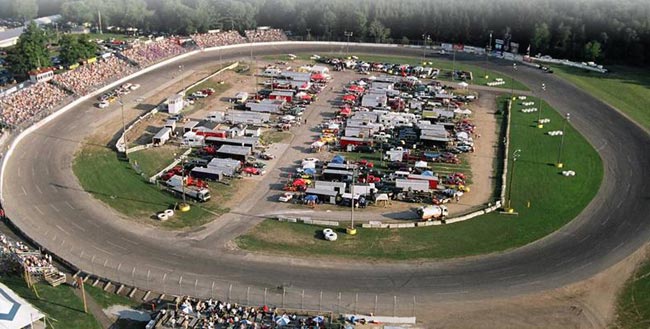 Harkening back to the famed facility’s beginnings as a dirt track six decades ago, the new management team of the Michigan speedway has announced plans to cover the 7/16th-mile oval’s asphalt surface with a layer of clay for a spectacular season-ending program featuring the renowned World of Outlaws Late Model Series. 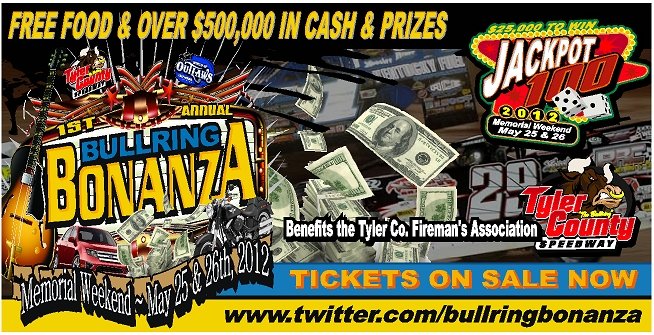 This year the quarter-mile Mountaineer State oval will add another blockbuster to its schedule, unveiling the Memorial Day weekend ‘Bullring Bonanza’ that promises to be the most unique event dirt-track racing has ever seen. 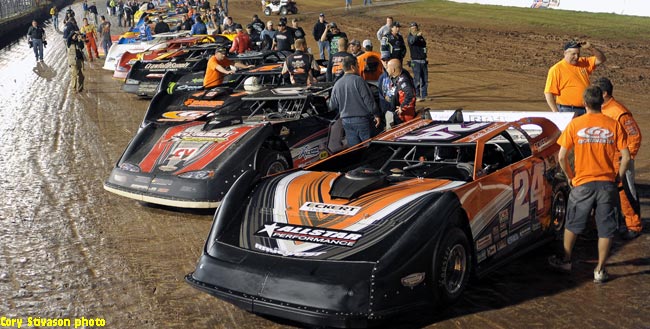 A Final Look Back: Facts, Figures & Statistical Notes From The 2011 World of Outlaws Late Model Series

CONCORD, NC – Dec. 31, 2011 – As the new year arrives, here’s a final look back at facts, figures and statistical notes from the 2011 World of Outlaws Late Model Series….

The only thing surprising about the York, Pa., star’s accomplishment, of course, was that it took him so long to etch his name on the national tour’s championship trophy.