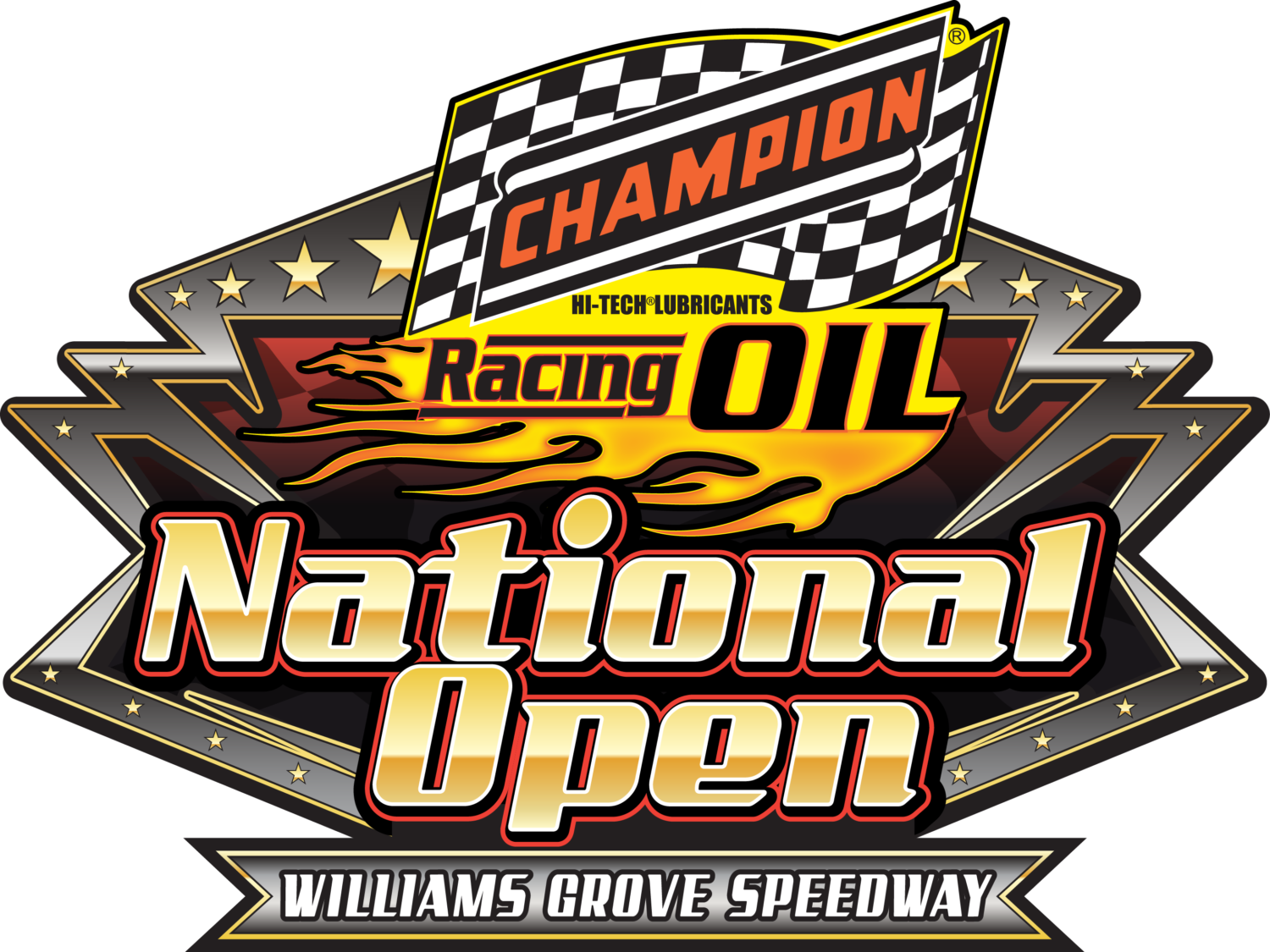 Event Description
The World of Outlaws face the PA Posse and the money-hungry invaders in this 60th Annual National Open worth $75,000-to-win at Williams Grove.

Pit Age Limit
NO children under 14 allowed in the Pit area. 14-17 must be accompanied by a parent/ guardian.

Pit Gate Location
North side of the track. NOTE: Will Call is located next to the office on the front stretch off of Park Place and Speedway Dr.

Personal Coolers
Coolers no larger that 18" are allowed.

At 56 years old, Lance Dewease, of Fayetteville, PA, is still finding new ways to accomplish things for the first time.

On Friday, the beloved PA Posse patriarch made history in one of the most unique ways imaginable. Leading all 10 laps of a rain-shortened affair at Williams Grove Speedway, Dewease’s $10,000 score in the Champion Racing Oil National Open preliminary matches the shortest race in World of Outlaws NOS Energy Drink Sprint Car Series history.

Earning the pole position after a dominant DIRTVision Fast Pass Dash win, the Kreitz Racing #69K team rolled out for the scheduled 25-lapper plenty aware of the impending weather. Dewease quickly took command of the field over outside polesitter Sheldon Haudenschild and survived a restart for rain on Lap 7 that bunched the field up.

“I honestly didn’t know it was raining when they threw that first caution,” Dewease noted. “It was getting pretty greasy under the yellow and I was throwing out my thumbs down, but we buzzed it off and it was actually fine. I think we would’ve been alright to finish the whole thing had that red flag not come out.”

That final straw in Friday’s program came when third-running Brent Marks, of Myerstown, PA, biked on the cushion in turn three and went flipping wildly out of the ballpark. The 2019 National Open champion sent the Murray-Marks Motorsports #19 end-over-end-over-end before crashing through a Hoosier Tire billboard and coming to a rest against the outside fence. Marks was okay and climbed from the wreckage.

Creating a lengthy red flag scenario as crews removed Marks’ machine, extensive rain continued to fall and worsen the racing surface while cars sat idle. Another attempt was made to liven up the track following a brief break, but drivers and officials agreed that it was simply not in shape to finish the race.

Deeming the race complete on Lap 10 of 25, Dewease officially scored his 19th career World of Outlaws NOS Energy Drink Sprint Car Series win and the 110th of his career at Williams Grove Speedway.

“I gotta give my hats off to Mike Hess,” Dewease acknowledged. “He is one of the best Race Directors I’ve competed with in any organization. He tried his absolute best to get this show in for racers and fans, but Mother Nature just didn’t want it finished. I honestly didn’t know that had a rule where we could call it complete before halfway, but I certainly won’t complain. I’ve been at this a long time and never won a 10-Lap Feature before. It’s pretty nice at my old age.”

Friday’s victory marks the fourth consecutive for Dewease and the Kreitz #69K at the Mechanicsburg, PA 1/2-mile. A fifth-straight win would also mean a fifth National Open title for “The Fayetteville Flyer,” coming at a $75,000 tune and making him the second-winningest man in event history.

“This race is absolutely awesome right now,” Dewease continued. “We’ve won our last four here now, and I couldn’t be happier. I know it doesn’t look too good for tomorrow, so hopefully, we’ve got a plan in place to finish this deal out.”

Closing out the podium behind Dewease and the PA Posse was a pair of full-time Outlaws with Sheldon Haudenschild finishing second in the Stenhouse Jr. / Marshall Racing, NOS Energy Drink #17, and Carson Macedo running third in the Jason Johnson Racing, Albaugh Alternative #41.

Rounding out the top-10 at Williams Grove was Anthony Macri in fourth, David Gravel in fifth, Brad Sweet in sixth, Jacob Allen in seventh, Donny Schatz in eighth, Spencer Bayston in ninth, and Justin Peck in tenth.

At 10 of 25 laps down, Friday at Williams Grove is tied with Bakersfield Speedway (2/16/90 won by Dave Blaney) for the shortest completed Feature in World of Outlaws history. It’s only the third recorded instance of a race being called before halfway, joining occurrences at Red River Valley Speedway (11 of 30) in 2004 and I-96 Speedway (17 of 35) in 2016.

Freddie Rahmer, of Salfordville, PA, earned Friday’s KSE Hard Charger Award with a 26th-to-19th outing in the only 10 laps completed.

UP NEXT (Sat) – The World of Outlaws NOS Energy Drink Sprint Car Series is hopeful to return on Saturday to Williams Grove Speedway in Mechanicsburg, PA for the 60th Champion Racing Oil National Open. A $75,000 payday awaits the winner of this year’s famed Outlaws vs. Posse battle. Fans can BUY TICKETS HERE, or watch every lap LIVE on DIRTVision. 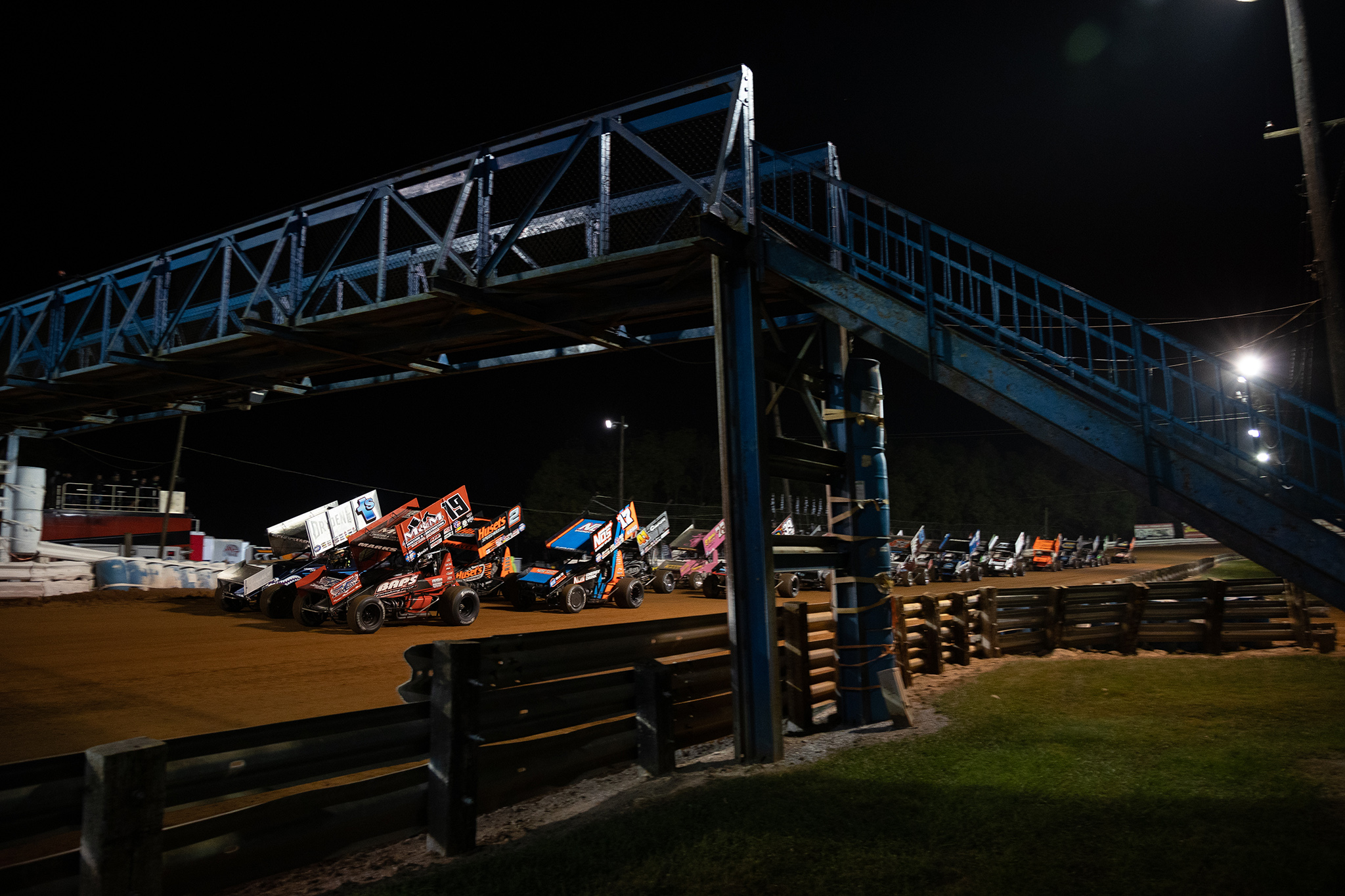 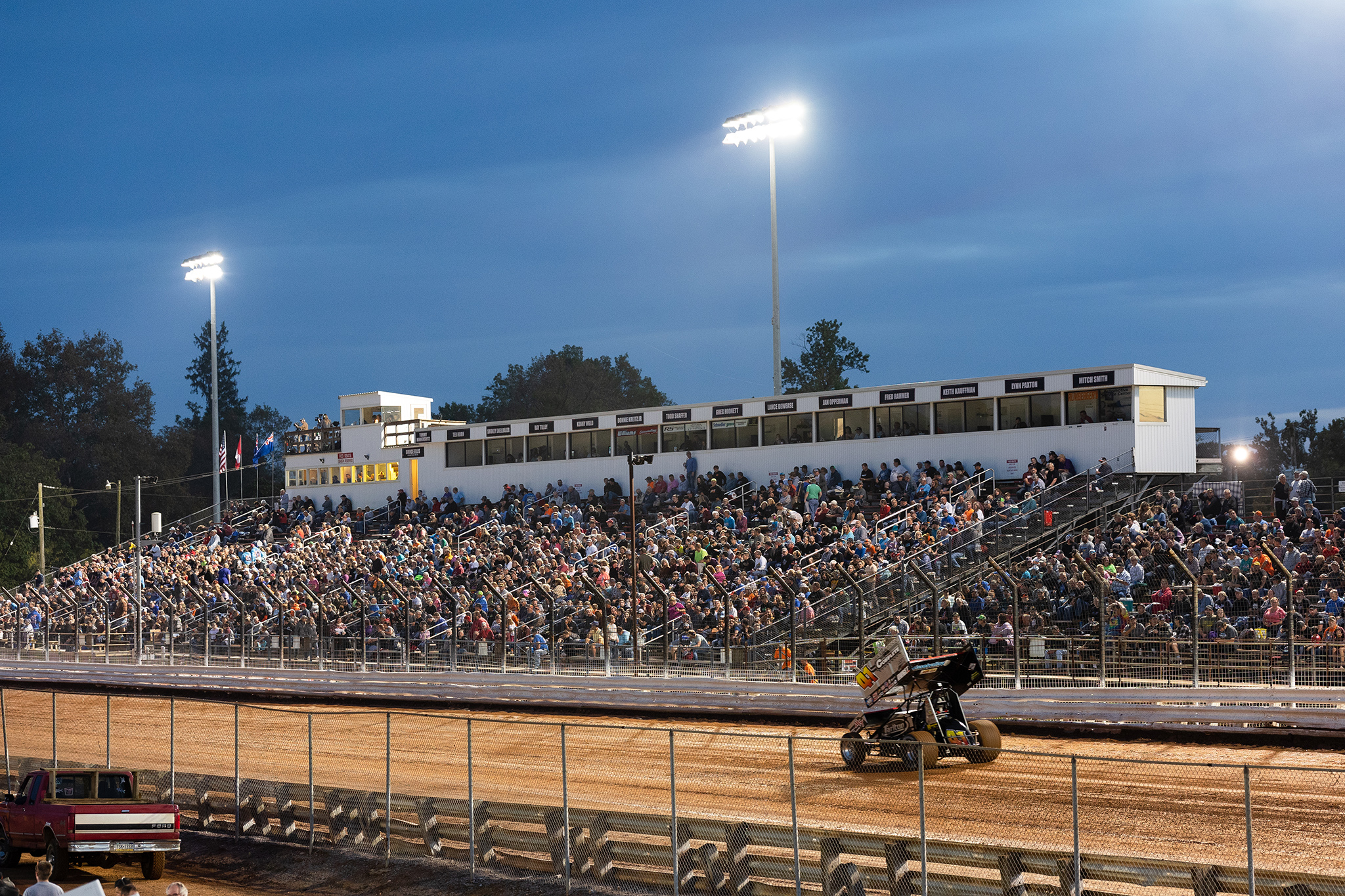 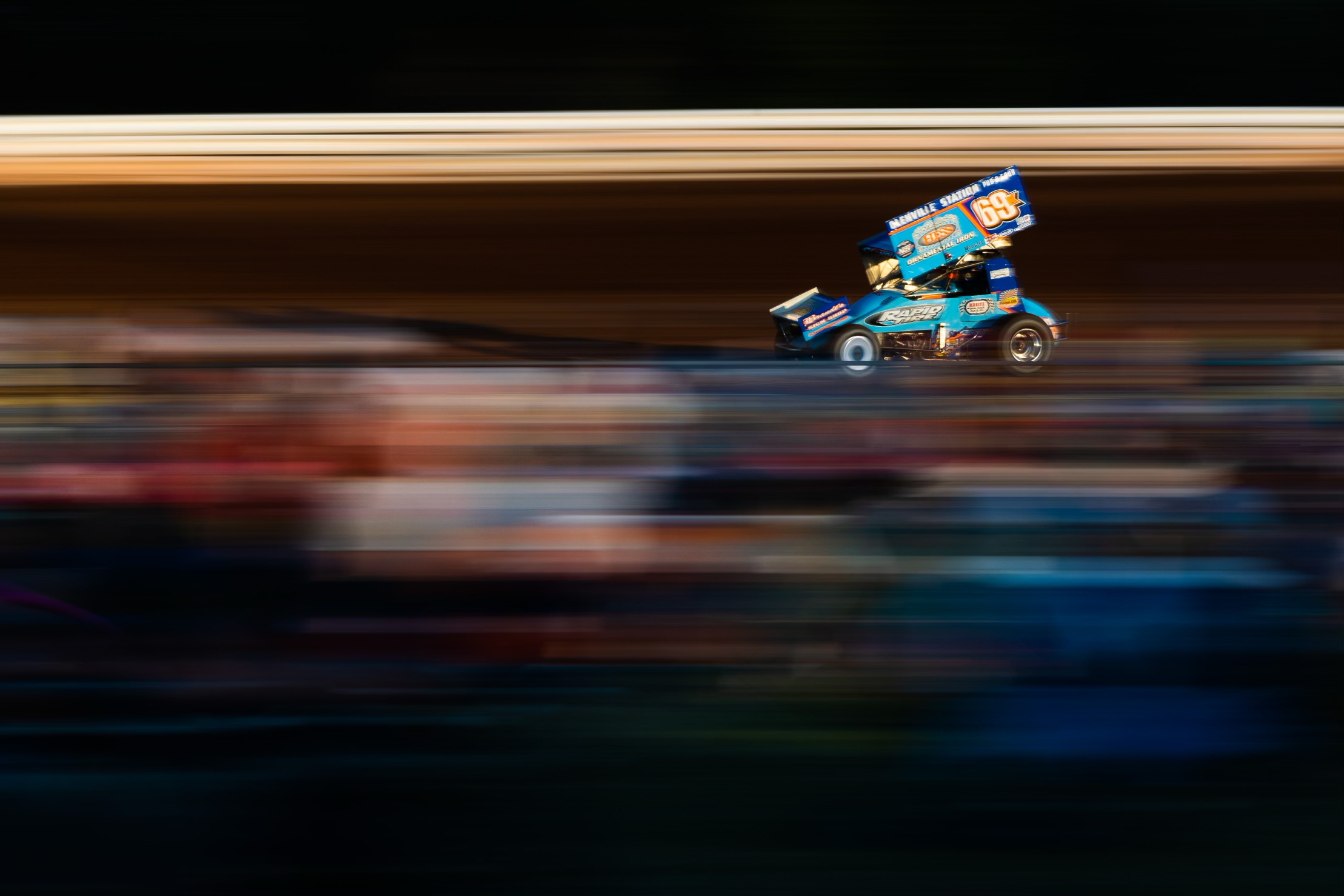 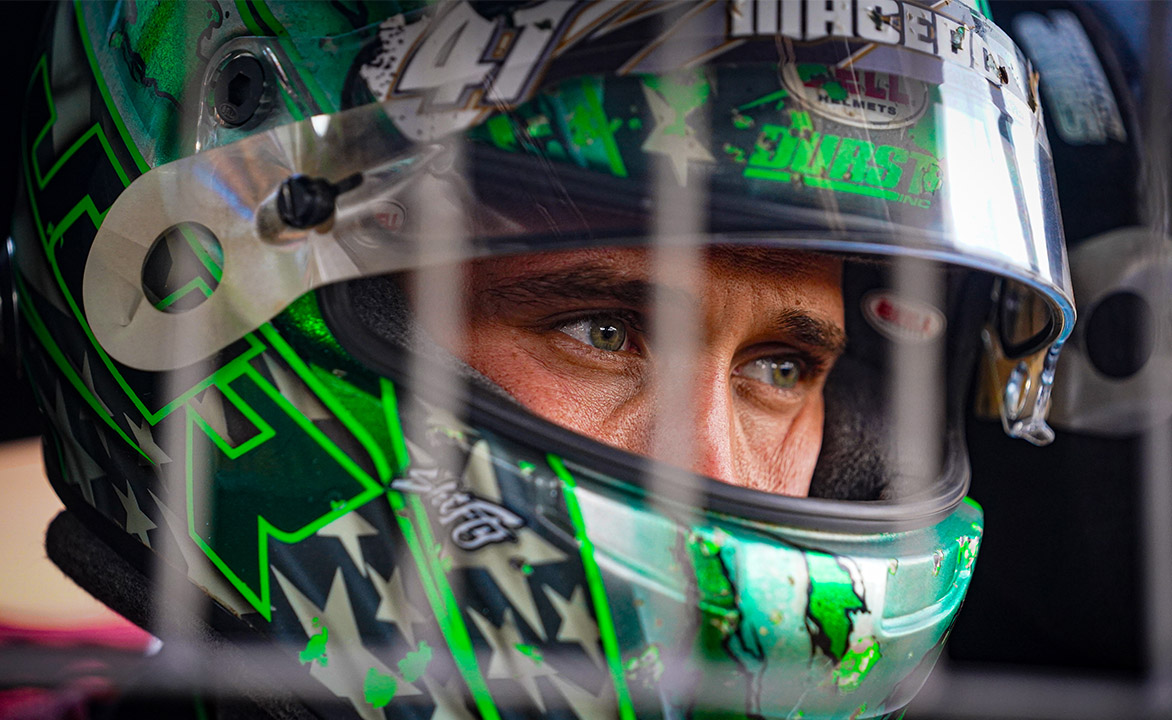 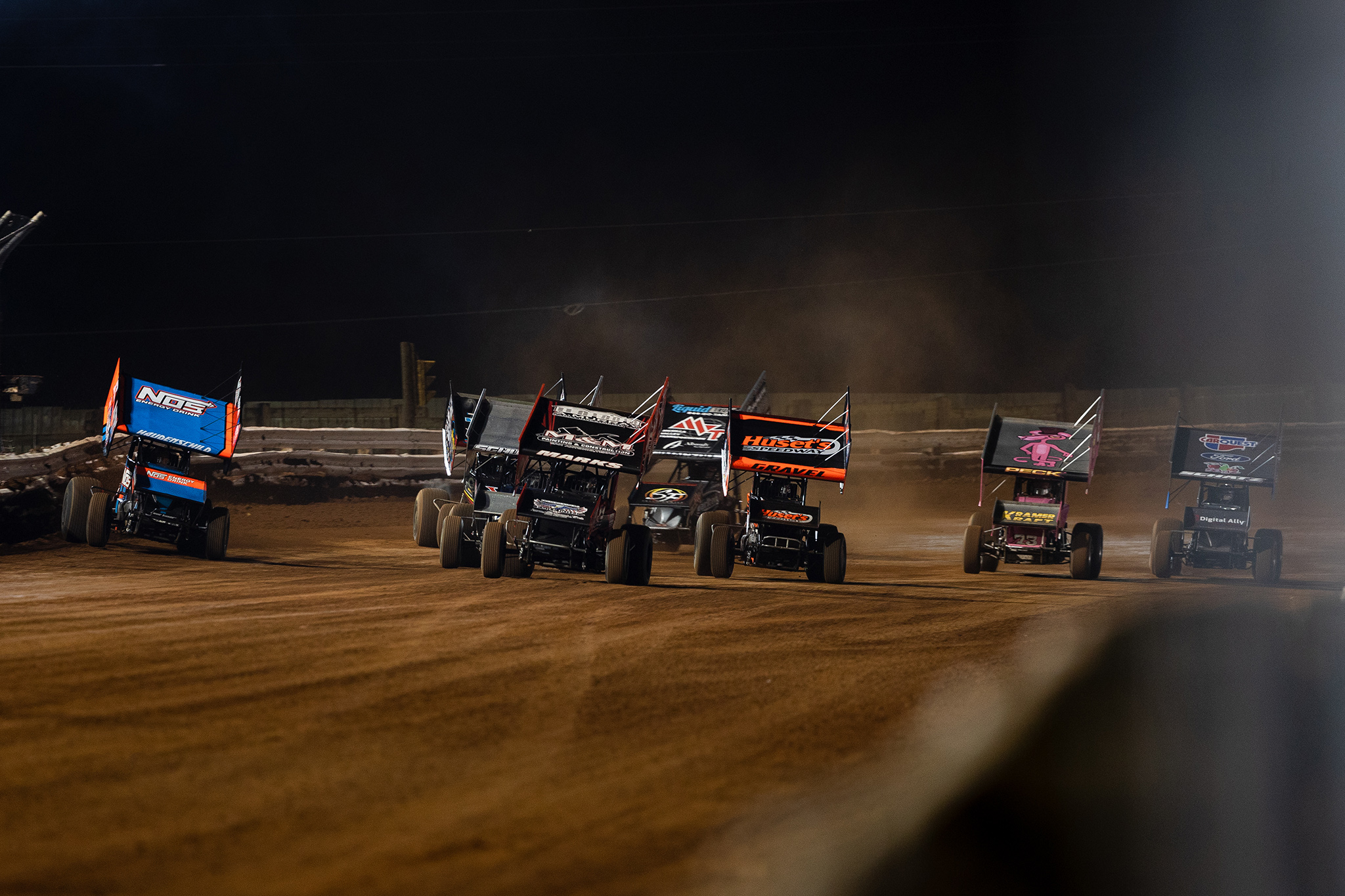 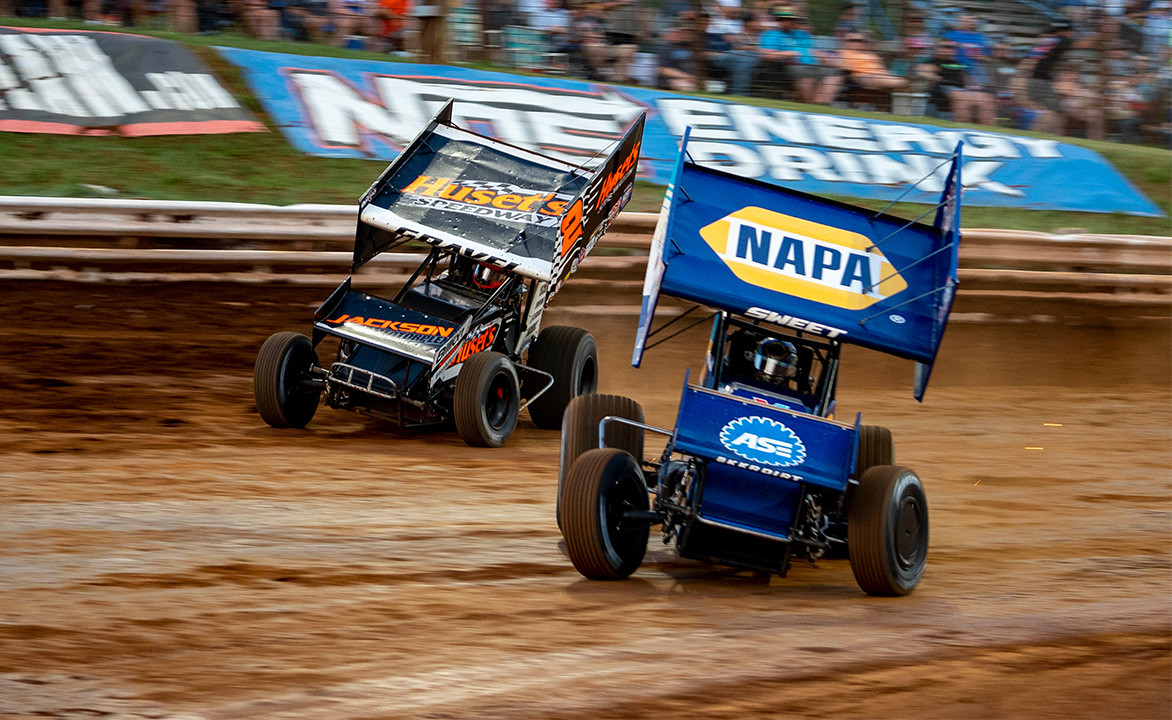 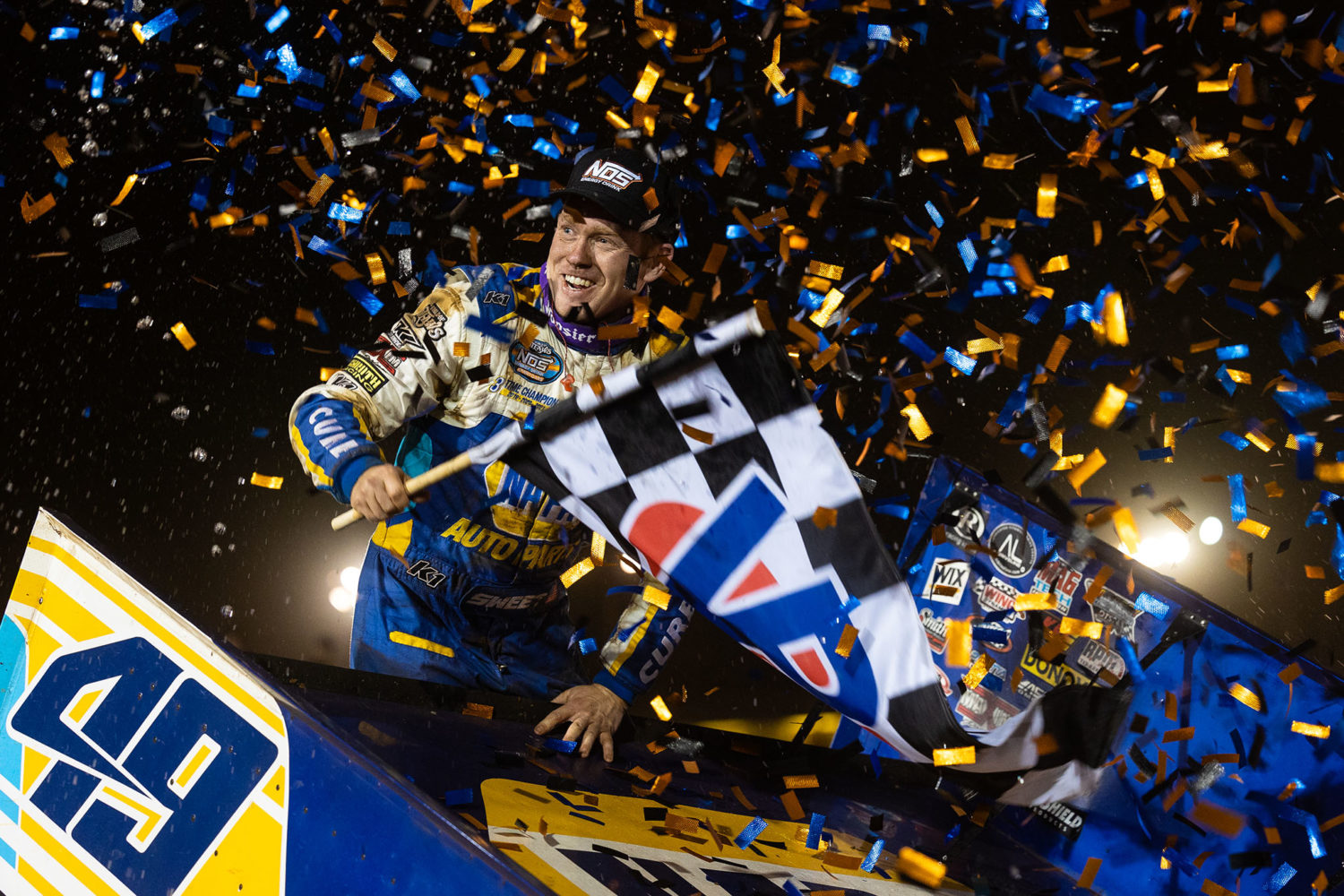 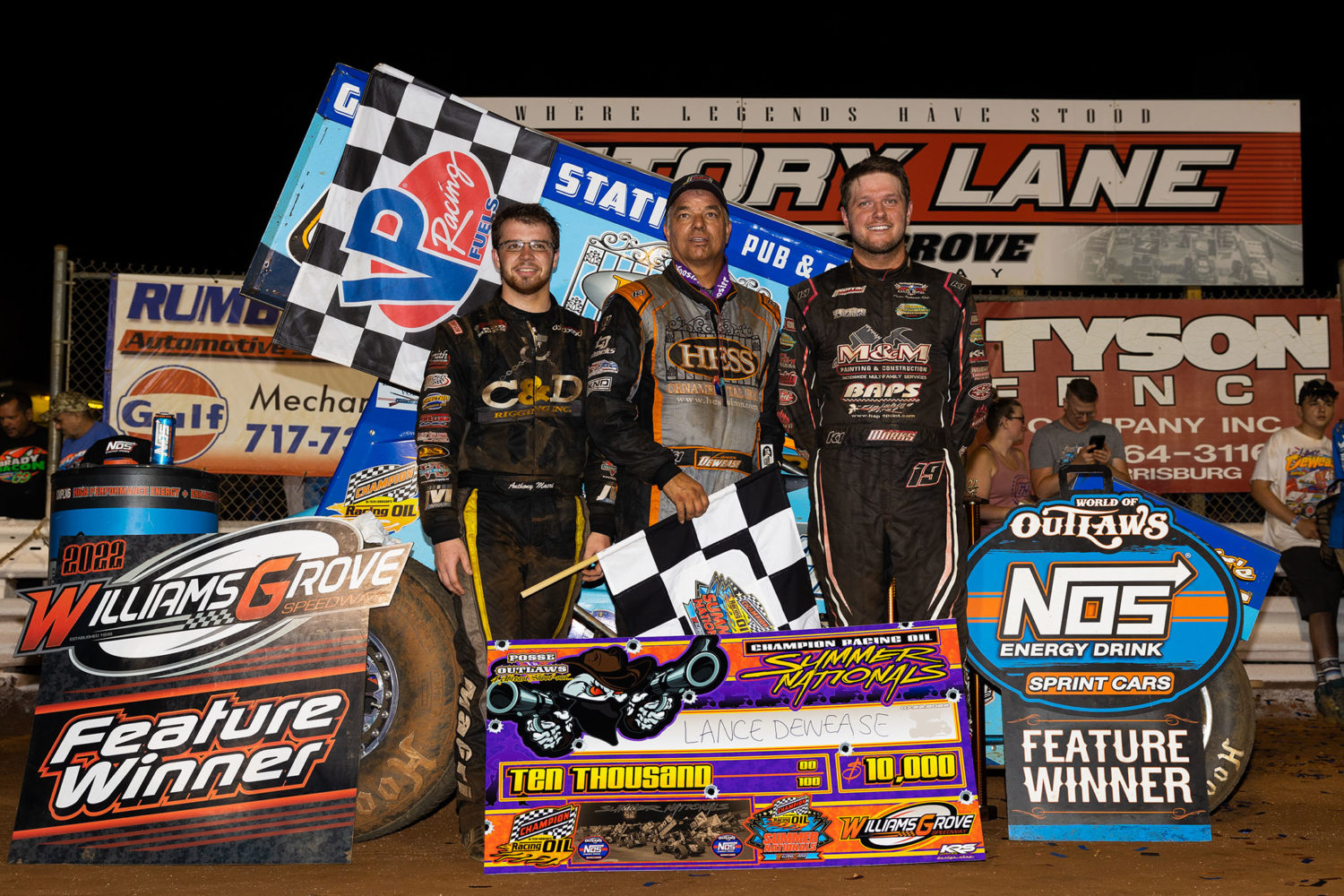