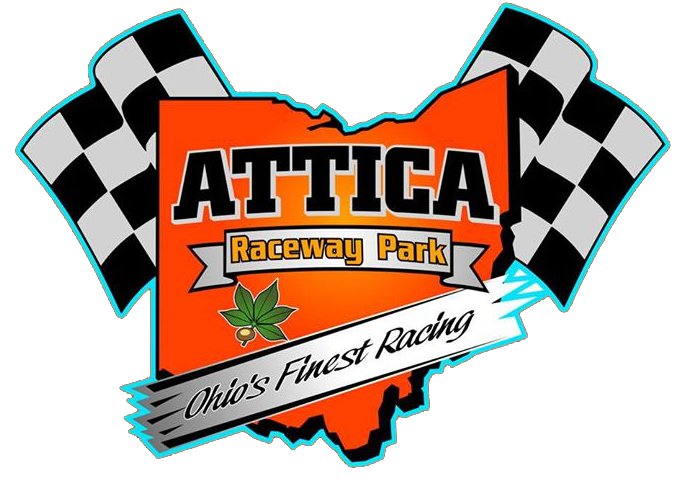 Event Description
The Brad Doty Classic is the start to a massive week for Sprint Cars in Ohio. Last year, we saw a first-time winner. Will it happen again?

Stadium Seating
No stadium chairs with backs are allowed.

Handicapped Seating
All grandstands have ramps with Handicap accessible seating.

Personal Coolers
Coolers no bigger than 14 inches are allowed. No glass bottles or alcohol permitted

For the second time in as many appearances at Attica Raceway Park this season, Kyle Larson walked out on top.

The reigning NASCAR Cup Series champion dueled with his brother-in-law (Sweet) through the opening half and then had to fend off a hard-charging quest from a 10-time champion (Schatz) in the late stages through lap traffic. The #15 never officially passed the #57, but the last 10 laps of the 40-lap affair kept fans on the edge of their seats as they sliced and diced through backmarkers in the midst of an enticing cat-and-mouse game.

It came down to the final lap and Larson ultimately held on by 0.364-seconds to score his third World of Outlaws win of the season, tied for third-most with the Series in 2022. More than anything, the momentum is crucial for King Kyle XXXVII as he takes the Paul Silva-owned Finley Farms, Folkens Brothers Trucking, Hendrick Automotive #57 back to Eldora Speedway to defend his Kings Royal crown this weekend.

At the ripe age of 29 years old, Larson has already secured 27 World of Outlaws wins in a quick 120 starts and risen into the top 25 of the All-Time Win List. As respected and revered as the young man has become in recent years, he still made it clear in post-race remarks to announce his appreciation for the way Donny Schatz raced him.

“When I got to traffic it was hard to see and I made a mistake with a lapper, then I knew Donny was right with me,” Larson said. “Thankfully, Donny is the cleanest racer in the world and you can always trust him when you’re around him. I wish every other racer would take not from Donny Schatz and the way he gives you respect on the track.

I knew Donny was quite better in turns one and two, so I just needed to manage that gap as smart as I could. My car was handling really well and I could kind of cheat the cushion to limit my mistakes, but I got a little lost in traffic. I feel like Paul Silva keeps giving me better and better cars every time we hit the track. He’s got me plenty excited ahead of Eldora.”

The 40-lap affair started with a different family member out front as Brad Sweet drove the Kasey Kahne Racing, NAPA Auto Parts #49 to the lead once the green flag dropped. The Big Cat commanded the opening 12 laps, but his pursuit of snapping a 24-race winless streak went sideways on a Lap 13 restart when his brother-in-law whipped the #57 around the outside and stole the top spot away.

Larson was dominant through the middle stages of the race and kept Sweet at bay on each restart, but a new challenger arose when ninth-starting Donny Schatz came driving through the field in his Tony Stewart/Curb-Agajanian Racing, Ford Performance, Advance Auto Parts #15.

Schatz drove by Sweet for the second spot on Lap 29 and quickly set his sights on Larson as lap traffic tightened things up. The duo, who ran 1-2 at last year’s Knoxville Nationals, offered an exciting final 10-lap sprint as they swapped lanes, sliced through traffic, and battled for the $15,000 win.

The 303-time World of Outlaws winner had his shot on separate occasions but opted to keep it clean and earn it the right way. He officially scored his third runner-up result of the season, giving him eight podiums this year.

“These guys have found a lot of things to get us better lately,” Schatz noted. “The folks at Ford have worked extra hard to keep this thing on the edge of my foot to control it better. Racing for the win again feels good, but we’d like to be up there in Victory Lane. I had to go where Kyle wasn’t and my car was actually decent everywhere, but he countered me quite well. I never felt like I was fading or anything, so that’s a good feeling. It’s great to start a big week off like this.

Slipping back to finish third as Larson and Schatz drove away was three-time World of Outlaws champion and current points leader, Brad Sweet. It was bittersweet for the Grass Valley, CA native as he led laps and extended his championship advantage, but he also extended his streak to 25 consecutive races without a win.

“We had such a great recovery in the Heat and felt good in the Dash, but I knew I was better when the track had more grip,” Sweet spoke on his rollercoaster night. “I was in more trouble as the race went on and couldn’t make as much speed through the corners. Donny got rolling by me and it was honestly fun to watch them battle. I’ll take a podium, but these NAPA Auto Parts guys deserve a win and hopefully we can deliver that at Eldora.”

Closing out the top-five on Tuesday night was Logan Schuchart in fourth-place aboard the Shark Racing #1S, and David Gravel, who slipped back from the pole position to finish fifth as the winless streak for the Big Game Motorsports #2 extended to 26 races.

UP NEXT (Wed-Sat) – Four straight shows at Eldora Speedway await the World of Outlaws NOS Energy Drink Sprint Car Series. Wednesday’s Jokers Wild takes us to Thursday’s $100,000/Win Historical Big One, and then Friday’s The Knight Before leads into Saturday’s $175,000/Win Kings Royal. Fans can BUY TICKETS HERE, or watch every lap LIVE on DIRTVision. 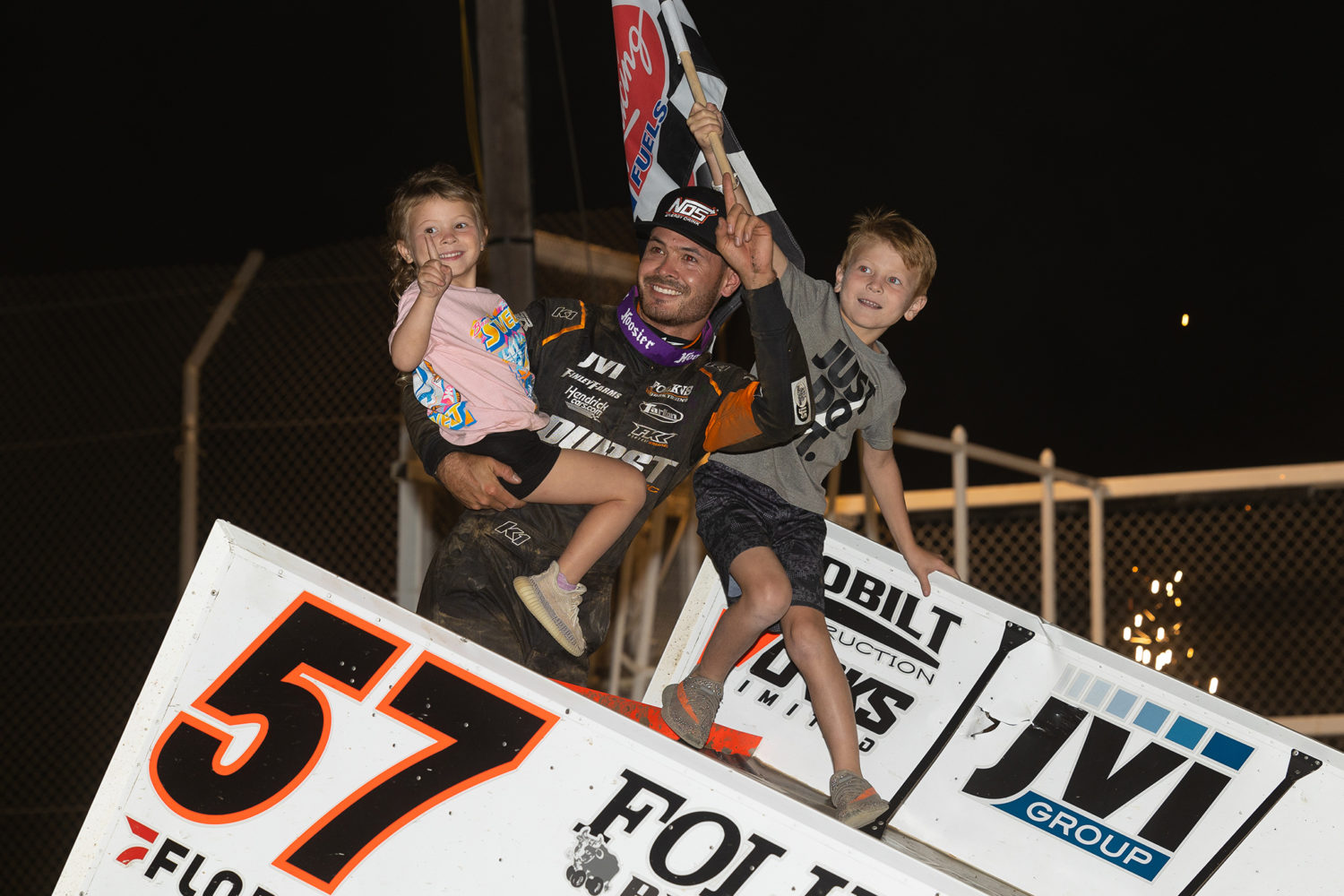 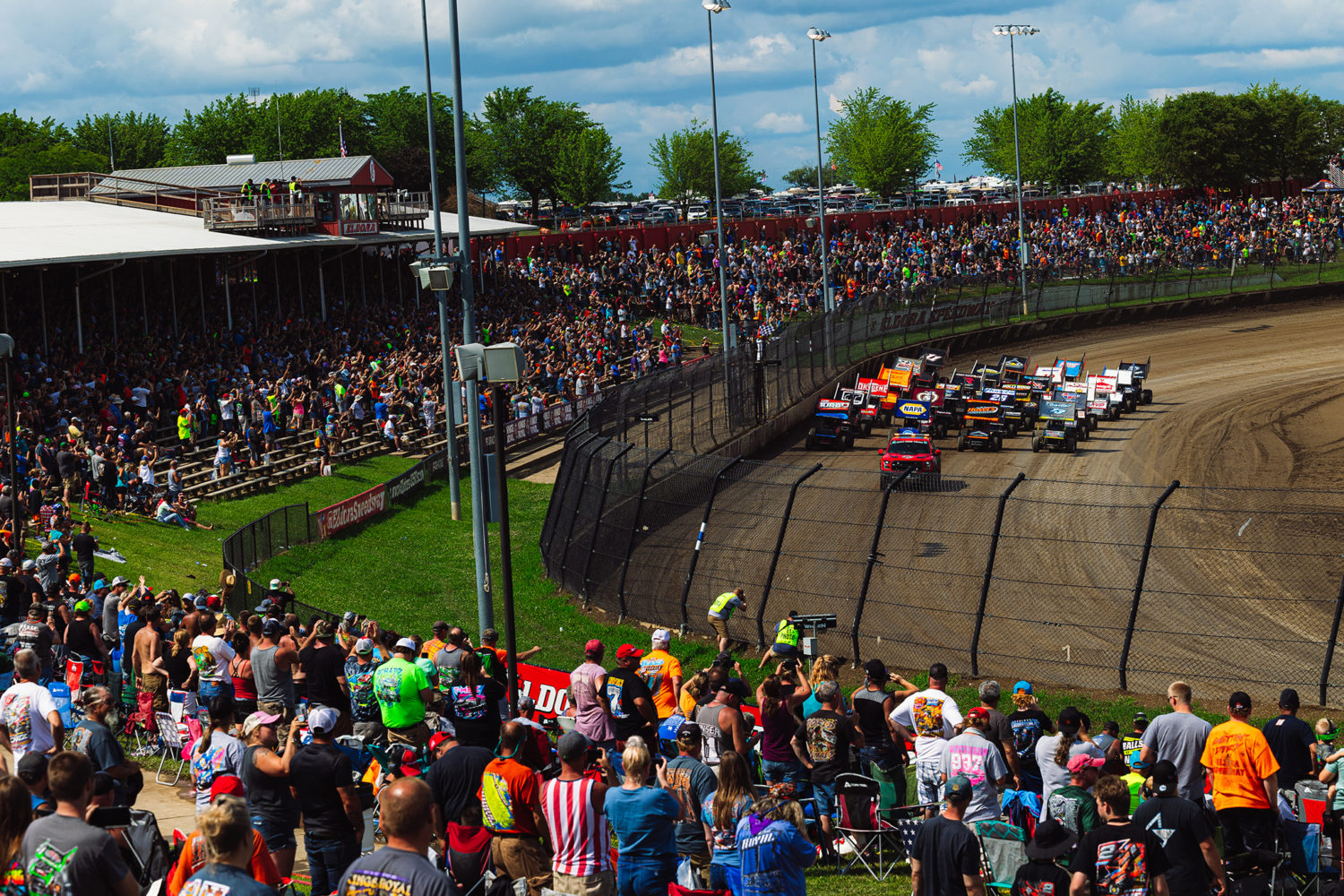 WHAT TO WATCH FOR: Five Mega Races Bring World of Outlaws to Ohio This Week 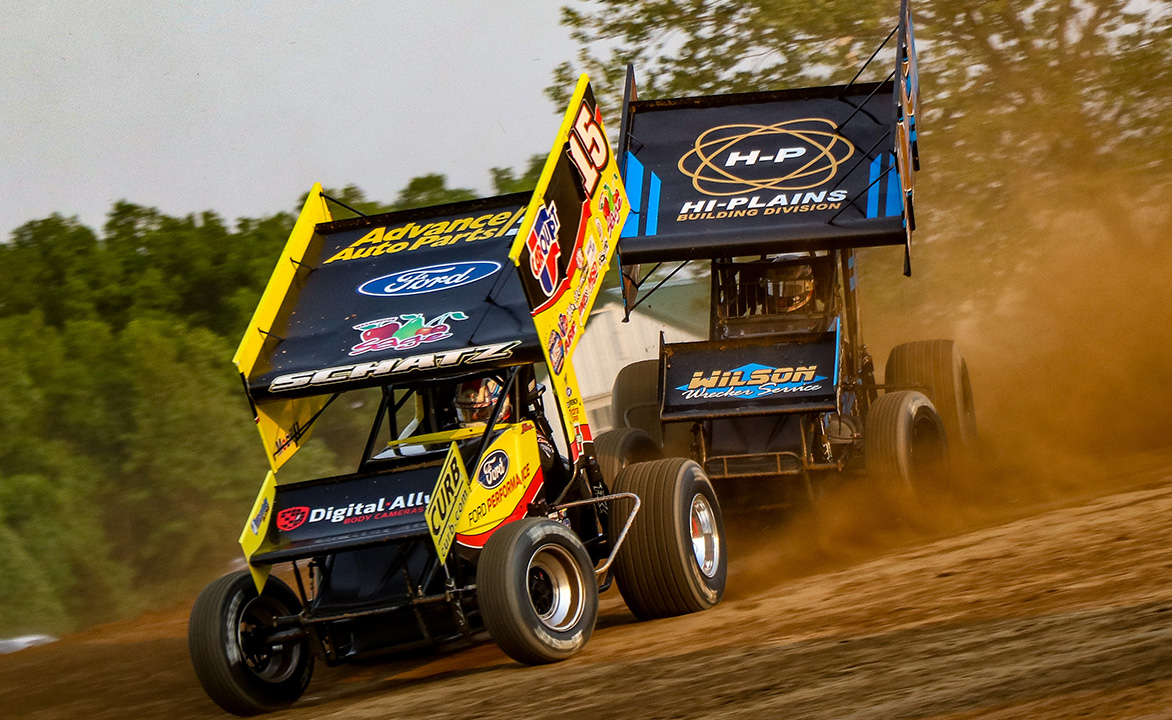 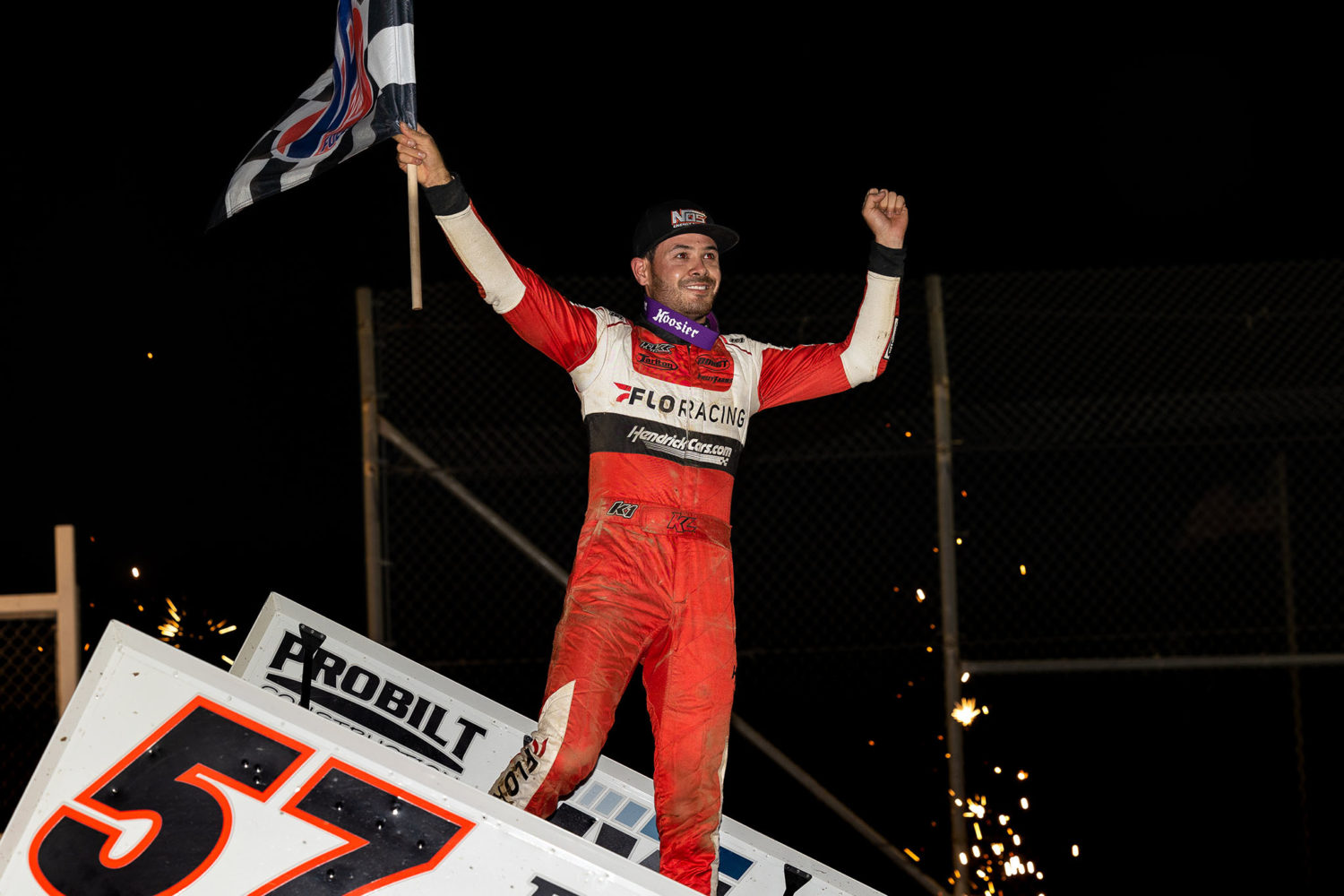 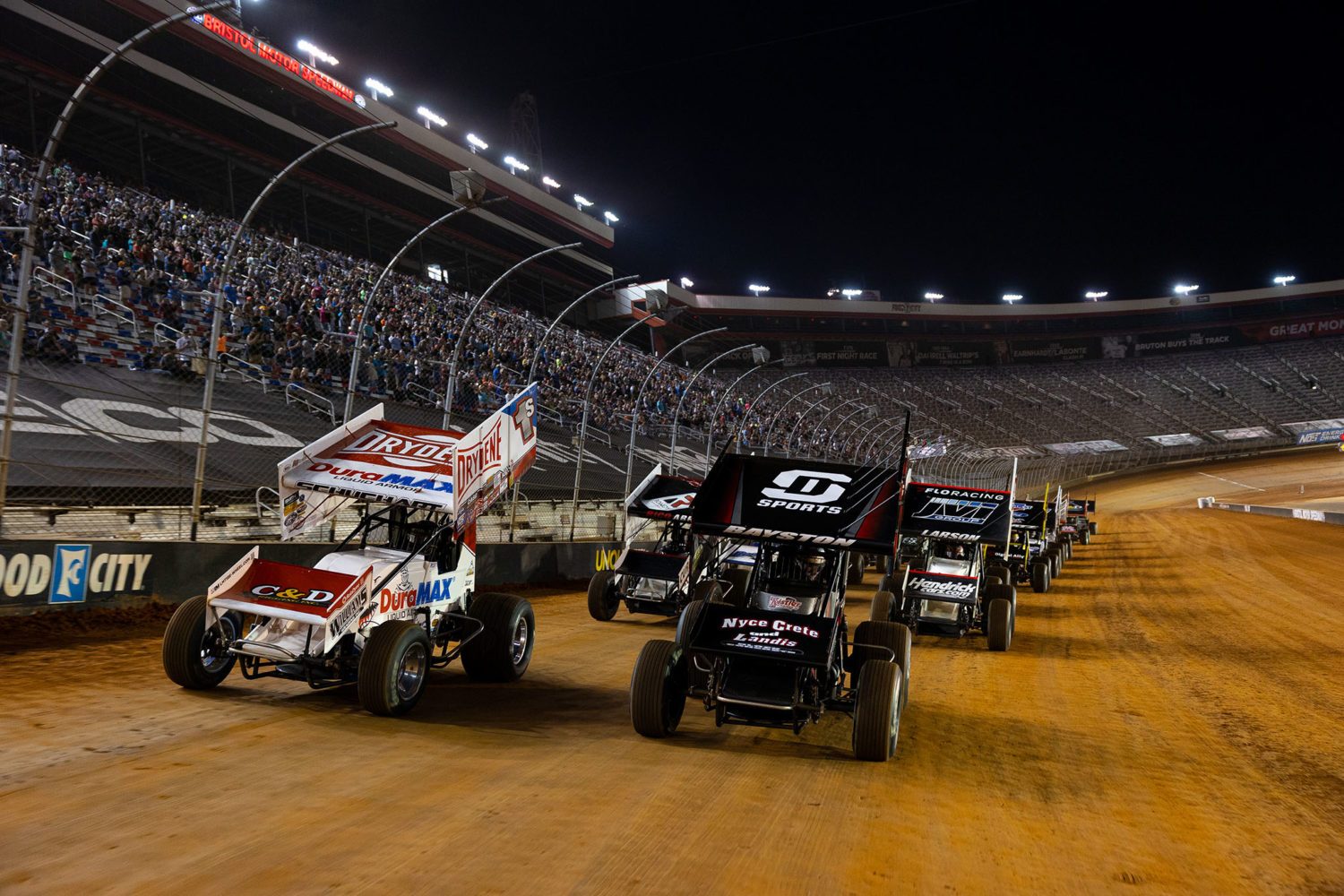 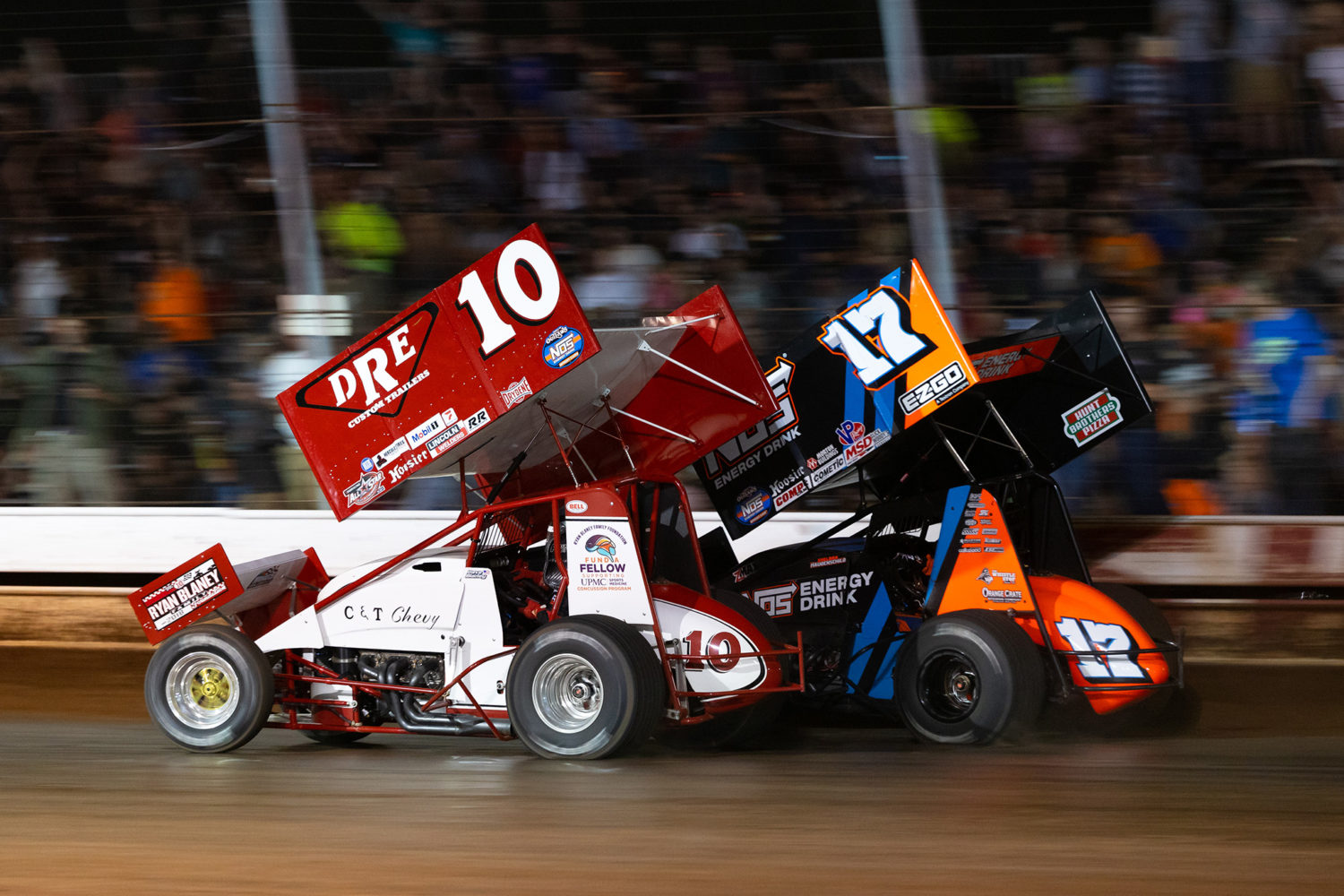 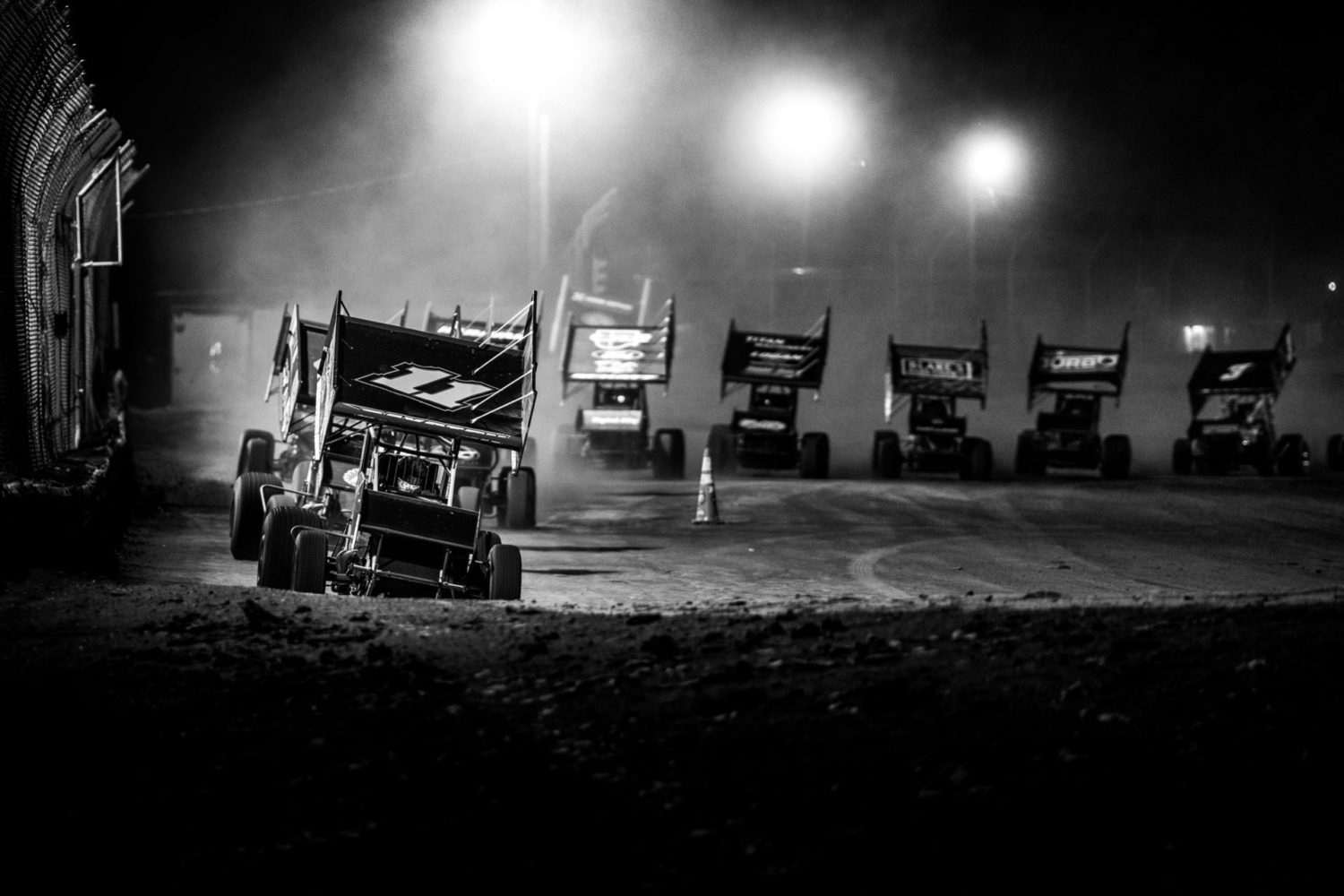 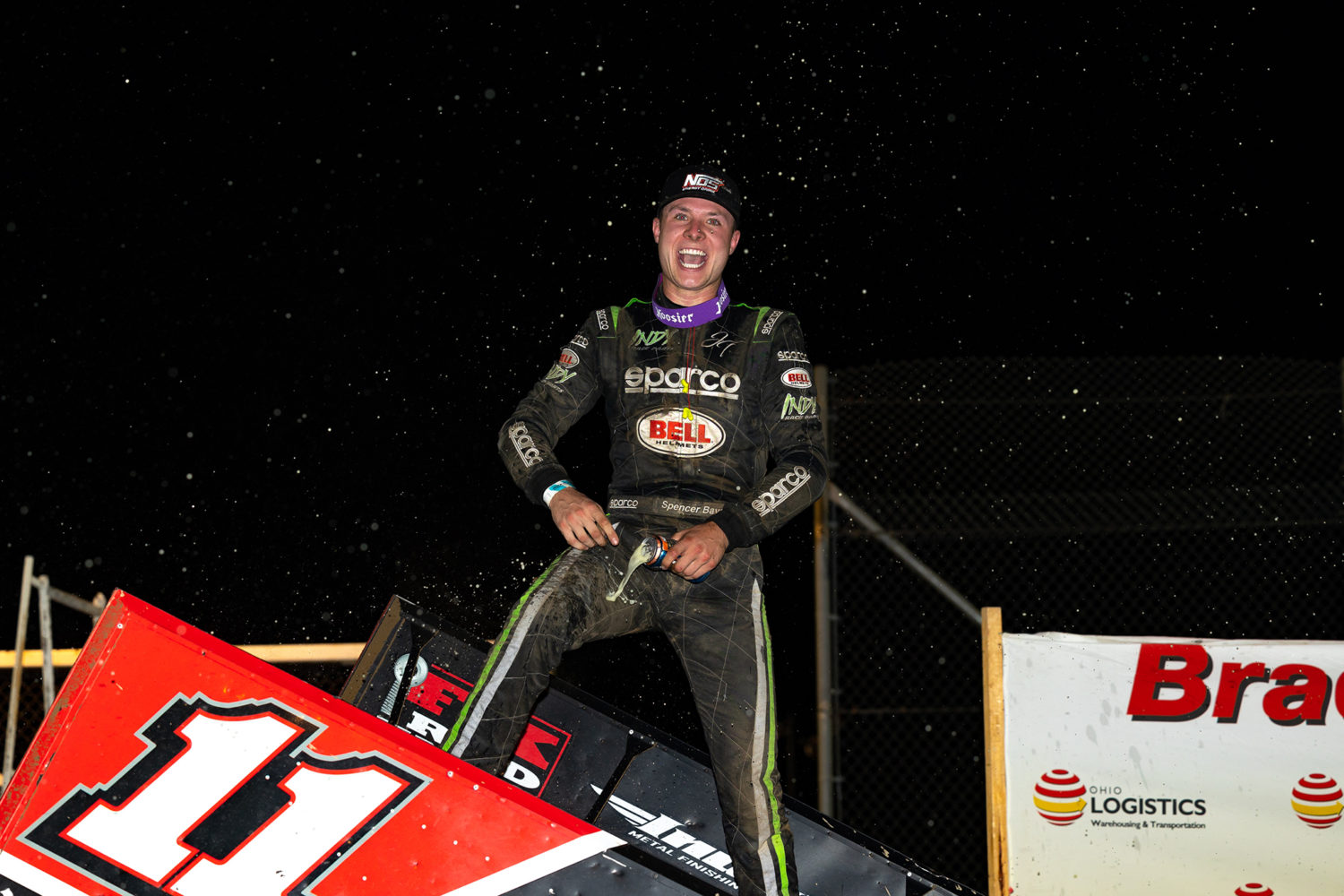